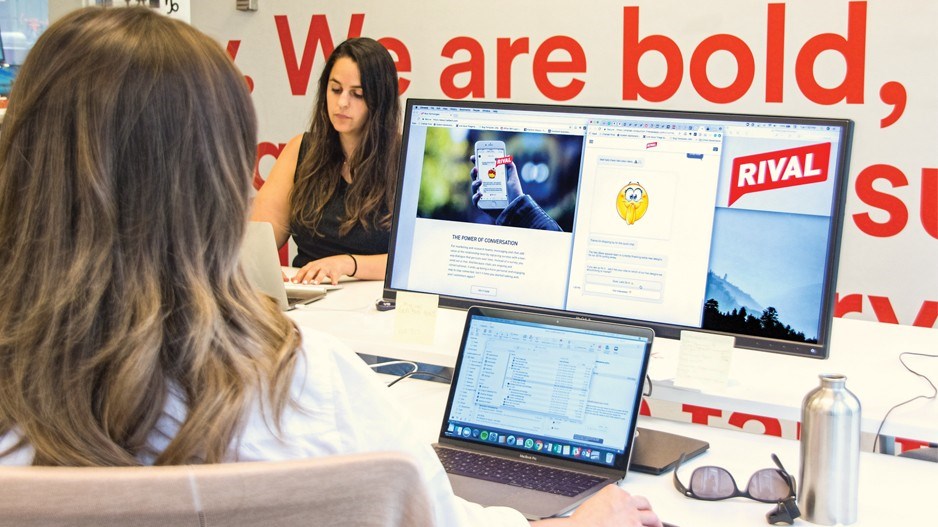 It appears B.C. is done for the time being with adding tens of thousands of jobs each month.

Employment expanded by 2,800 jobs in January — down from the 3,800 jobs added in December, according to data released Friday (Feb. 5) from Statistics Canada.

It appears the low-hanging fruit — jobs lost temporarily in sectors such food services and retail — has been mostly picked.

Instead, the province saw its biggest gains in professional, scientific and technical services (+10,100 jobs) and information, culture and recreation (+10,200 jobs), as activity in both the tech and film sectors remained buoyant.

Losses were most deeply felt in educational services (-7,700 jobs), and accommodation and food services (-7,600 jobs).

“The snapback has passed,” Ken Peacock, chief economist of the Business Council of B.C, told BIV.

While B.C.’s gains were muted in comparison to previous months, Canada lost a total of 213,000 jobs in January, while the national unemployment rate grew 0.6 percentage points to 9.4%.

BMO chief economist described the national numbers as “awful” but said there were a few mitigating factors: most losses were in part-time jobs, concentrated in a few sectors (retail, hotel, restaurants), and occurred in Ontario and Quebec.

“Looking ahead, it's tough to imagine that February will look much better as there have yet to be any big changes in overall restrictions since mid-January,” he said in a note, referring to the tighter restrictions in Ontario and Quebec that saw non-essential stores close.

“This disappointing result, alongside an earlier report of a deep dive in auto sales last month, shows in vivid detail that activity can only deal with so many restrictions before sagging meaningfully. While the job losses are highly concentrated, they are unlikely to see any improvement until restrictions are relaxed.”

Peacock was also tentative on the near-term outlook for B.C. job growth.

“You’re going to see a slowdown in the pace of job creation in industries less affected [by the pandemic]. Not a decline, but a slowdown,” he said.

One of his biggest concerns remains the state of the tourism industry in B.C.

“We're going need to see the vaccine rollout in a more fulsome way,” Peacock said, adding he has some optimism for the warmer months.

“As a larger portion of the population gets vaccinated and we move into spring, I think the caseloads, the numbers are going to drop off,” he said.

“It'll be more like last summer when people out. They were still cautious but they were out more fully. I think we're going see that play out so we do see some job growth in the middle of the year.”

“The extent that economic activity can fully recover is limited as long as the threat of the virus remains, particularly in “high-contact” service-sector industries. But some gradual easing means that employment likely [will begin] to grow again as soon as February,” he said in a note.

“Alberta and Quebec will start loosening some measures this month, allowing for the recovery to get back on track. Still, the emergence of more contagious variants of the virus, and hiccups in the rollout of the vaccine, suggest that the road to full recovery remains a long one,” he said in a note.

Small and medium-sized businesses have access to a government grant aimed at launching online storefronts
Feb 5, 2021 6:00 AM