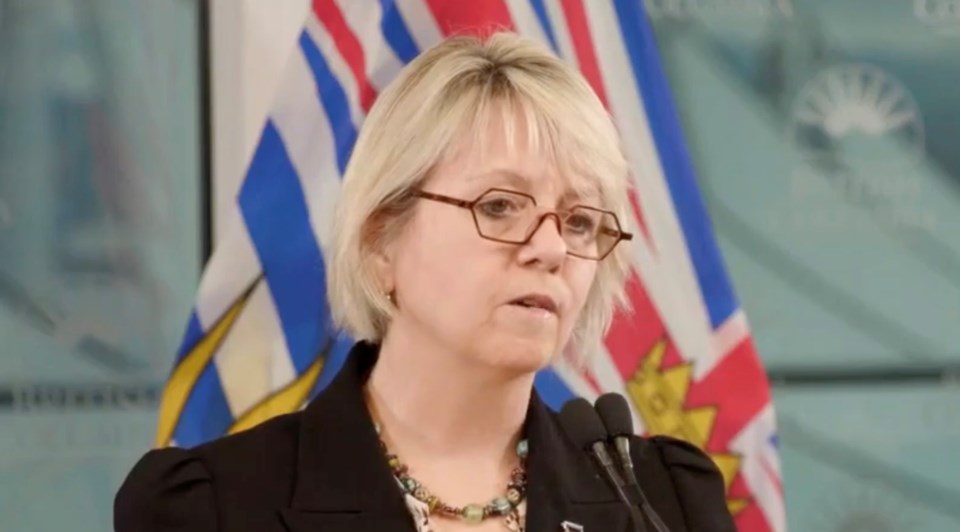 B.C. is extending its restrictions on gatherings and events indefinitely, to limit the spread of the COVID-19 virus, provincial health officer Bonnie Henry said Feb. 5.

Henry said she would be "continually reviewing" whether data supports ending restrictions early, or extending them into March, and beyond.

"We all want to get to the days where these orders can be lifted," provincial health officer Bonnie Henry told media Friday morning. "As we look toward the end of this month, these data will tell us if more action is required, or if we can start to ease the restrictions we have in place through our shared efforts."

Some of the key things that she will look at in making that decision will be whether the spread of the virus is trending down, how many outbreaks arise, and how much more-infectious COVID-19 variants are spreading.

She expressed specific concern about potential gatherings for Super Bowl, Lunar New Year and Valentine's Day, and said that everyone across the province needs to limit interactions.

"Whether we're in Whistler, Revelstoke, Prince Rupert, [or] Victoria, the choice is ours, right now, to make the difference," Henry said.

Her comments came at the end of a morning news conference focused primarily on new data showing how much COVID-19 is spreading among different demographics, and how significant the spread is of variants of the virus.

The data Henry shared showed that only one of the nine cases of B.1.351 in B.C. has been identified as being related to travel. The other eight cases were acquired in the community.

Cases for B.1.1.7 were far more likely to have been acquired abroad and brought to B.C. Of the 19 B.1.1.7 cases identified in B.C., 14 originated abroad, and were brought in by travellers, while the other five were contracted in the community.

People in the 20-29 age group have for months been the demographic that has the most newly detected cases, while those aged older than 80 remain the age group that has had the fewest number of new cases. The cases in that older demographic, however, tend to be significantly more serious, as that age group is responsible for the most deaths.

Henry said that British Columbians tend to have limited interactions to between 40% and 50% of normal, which is a range in which the trajectory of new cases is still on the decline. The risk of infections trending upward start when interactions are about 60% of normal, according to charts that Henry shared.

Of the 156,250 doses of vaccine that B.C. had received by February 3, 115,050 were from Pfizer-BioNTech, while 41,200 were from Moderna. Of those, 19% have been given to seniors in long-term care facilities. Of seniors in those facilities, 87% have received a first dose, and 2% have received a second dose. Seniors in those facilities not given vaccines were omitted for reasons such as that they are thought to be likely to have an allergy to the vaccines, or they did not give consent.