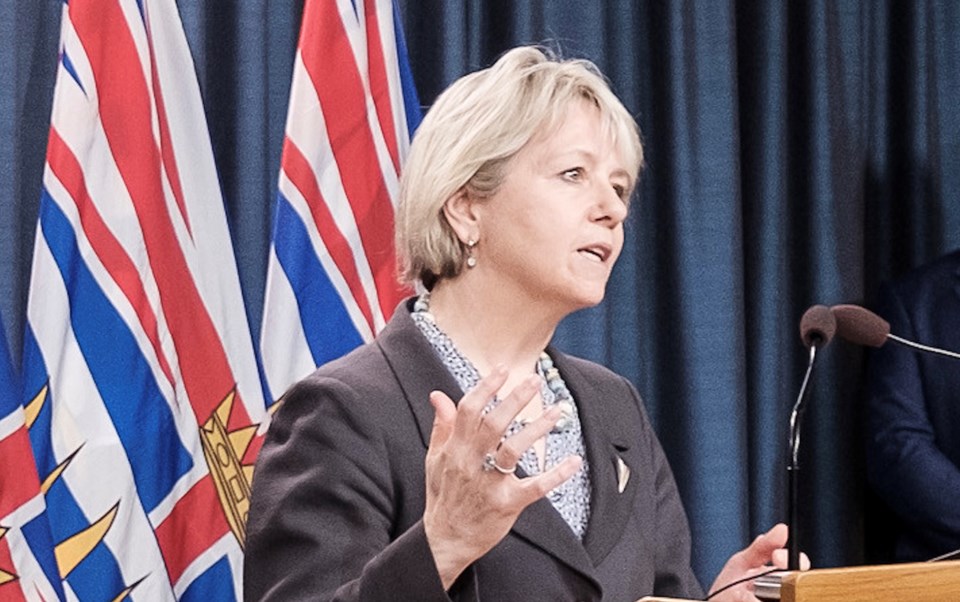 That comparatively low number of new deaths is good news given that the province's vaccination effort continues to crawl along.

Despite Henry saying today that she believes it is possible for all eligible British Columbians to be vaccinated by the end of July, only 7,501 vaccine doses were provided in the past day. Those doses went to 4,746 people as a first dose, and 2,755 people as a second dose.

In total, B.C. has administered 283,182 doses of vaccine to 196,650 individuals, with 86,532 people being fully vaccinated with their needed second doses. Given that children are not eligible for vaccines, the province, which has around 5.1 million people, likely has more than four million additional people that it needs to vaccinate.

Mahesh Nagarajan, a professor at the University of British Columbia’s Sauder School of Business, whose focus area is supply chains, told Glacier Media that he can foresee potential glitches in the province's roll-out of the vaccines.

New cases continue to rack up, with 438 new COVID-19 infections identified in the past 24 hours. Henry said that 254 cases were detected in the past seven days but not previously reported, so the total number of infected people in B.C. since the first case was detected in January 2020, is 81,367.

The province considers more than 92.4%, or 75,255 people out of those infected to be recovered, because those individuals have tested negative twice for the virus.

Another 22 cases of what are known as "variants of concern," bring the total of variant cases identified in B.C. to 182.

Many of these cases were confirmed as variants long after they were first confirmed as COVID-19 cases. That is why the active cases of variants of concern fell to eight today, from 10 yesterday, despite 22 new cases identified.

Of the variant cases, 159 have been the B.1.1.7 virus first identified in the U.K., while 23 have been cases of the B.1.351 variant first identified in South Africa. All but the eight active variant cases are people who are considered to have recovered, so no one has died from a COVID-19 variant yet in B.C. Nine of the 182 people infected with variants in B.C. were in hospital at some point. Only one person with a variant virus is currently in hospital, Henry said.

People currently battling serious COVID-19 infections include 243 individuals in hospitals, with 63 of those who are in intensive care units. The vast majority of the 4,679 people actively battling COVID-19 illnesses have been told to self-isolate.

Health officials are monitoring 8,445 people for symptoms because those individuals have had known exposure to identified cases – the highest number since January 8.

Because the vast majority of residents in seniors' care homes have had at least one vaccine dose, Henry said that she expects that rules around visits for residents in those homes could soon be loosened.

"We expect the next step, before the end of this month, to be able to increase visits, and have families be together with their loved ones is care homes," she said.

One new outbreak at a seniors' home is at the Chartwell Carrington House retirement residence in Mission.

That brings the total number of outbreaks in those homes to nine, even though Henry said at the press conference that the total was eight.

None of those current outbreaks at seniors' homes are in the Vancouver Coastal Health region.

The outbreak at Glacier View Lodge in Courtenay is the only outbreak in the Island Health region.

The only outbreak in the Northern Health region is at the Acropolis Manor in Prince Rupert.

The two active outbreaks at seniors' living facilities in Interior Health are now at Brocklehurst Gemstone Care Centre in Kamloops, and The Florentine in Merritt.

One new outbreak at a B.C. hospital is at Eagle Ridge Hospital in Port Moody.