Natsumi Kogawa's body was found stuffed in a suitcase on the grounds of a vacant Vancouver mansion after she went missing in September 2016.
Feb 5, 2021 10:01 AM By: Jon Manchester / Castanet 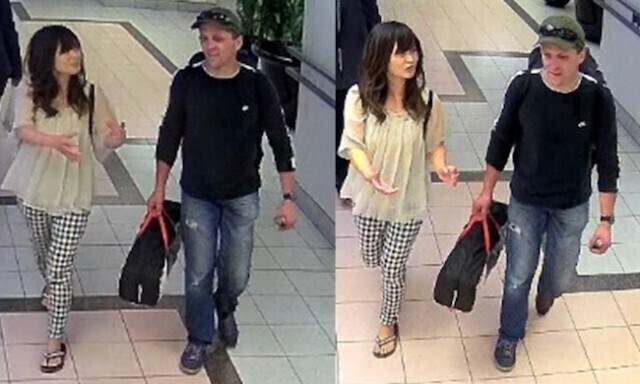 William Schneider seen with Natsumi Kogawa on surveillance video at a Vancouver mall in 2016.RCMP

A Vancouver man who befriended Japanese exchange student Natsumi Kogawa before her untimely death was shocked when a BC Court of Appeal panel granted William Victor Schneider a retrial this week.

Schneider, a former Vernon resident, was convicted in 2018 of second-degree murder in one of the province's most high-profile homicides.

Kogawa's body was found stuffed in a suitcase on the grounds of a vacant Vancouver mansion after she went missing in September 2016.

Schneider was sentenced to life in prison with no chance of parole for 14 years. He filed his appeal in May 2019 and was granted the retrial on Tuesday.

Christopher Meisner, who sat through the trial with Kogawa's mother and monitored the decision for the family back in Japan, called the split-decision ruling "ridiculous."

The appeal judges were split in their decision, Justices Saunders and Goepel in favour, and Justice DeWitt-Van Oosten opposed.

In a written statement on behalf of the family, Meisner wrote:

"We are confident in the totality of the evidence against Schneider once a new trial is underway.

"The issue it appears that was in question was the admission of a phone call between Schneider and his long estranged ex-wife in Japan in which Schneider once again admits involvement in her death as the call was witnessed by his brother, Warren.

"Two out of three justices agreed the call should not have been admitted.

"That's the essence of the ruling. Nothing else. A phone call. All other evidence and the circumstances in which she was murdered are not questioned."

Schneider appealed the conviction on the grounds that the trial judge erred in admitting an overheard telephone conversation, in which he was heard to say "I did it."

Schneider pleaded guilty to interfering with Kogawa’s body and admitted to being with her when she died and to disposing of her body. However, he disputed the Crown’s contention that he killed her.

An autopsy revealed Kogawa had Zopiclone and Lorazepam in her system. Neither medication had been prescribed to her.

"I question and doubt the suggestion by Schneider that Natsumi willingly took these pills hours before a potential job interview," said Meisner.