Here are all the prohibited weapons people tried to sneak into B.C. last year 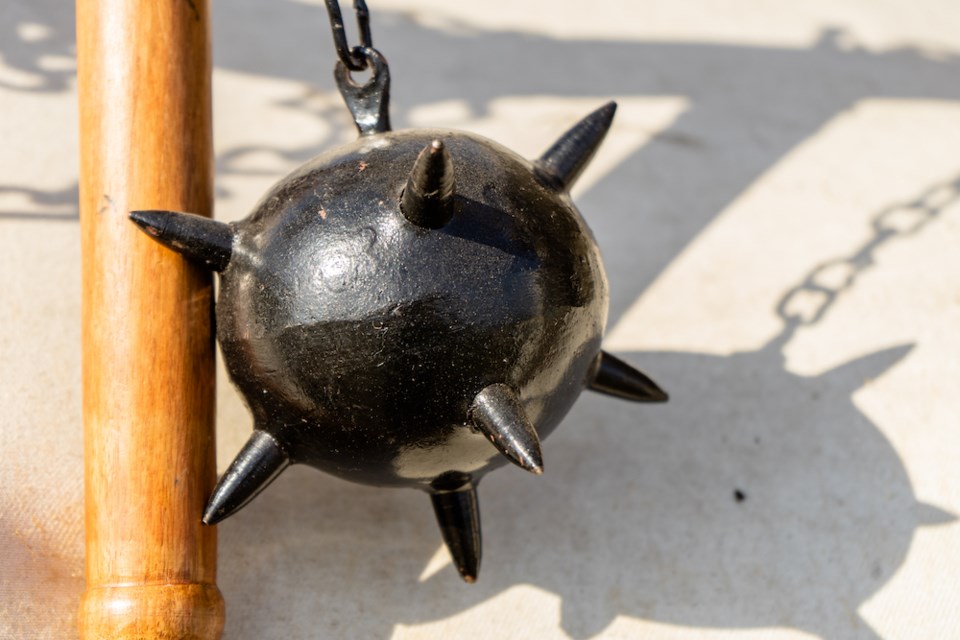 The CBSA plays a direct role in protecting Canadian communities by combating the movement of prohibited weapons across our border.Photo via geogif / Getty Images

Despite the COVID-19 pandemic being declared in March 2020, the Canada Border Services Agency (CBSA) still processed a staggering number of travellers last year.

That said, the number of travellers who crossed the Canadian border after the travel restrictions were implemented dropped significantly, with a total of 3,628,531 travellers processed from March 21 until Oct. 31, 2020.

And while fewer travellers crossed the Canadian border last year, the CBSA says it still seized a significant number of prohibited weapons in 2020.

Movement of prohibited weapons across the Canadian border

The CBSA plays a direct role in protecting Canadian communities by combating the movement of prohibited weapons across our border. While the Agency is responsible for facilitating legitimate trade and travel across Canada's border, it has a robust intelligence and enforcement program to ensure that Canada's population is protected from border-related risks.

"Firearms, firearm parts, and weapons are high-risk commodities and the identification of illicit movement and interdiction of these commodities is a CBSA enforcement priority,"  Louis-Carl Brissette Lesage, a spokesperson for the CBSA, explains in an email to Vancouver Is Awesome, who adds that the agency works closely with other Canadian law enforcement agencies, such as the RCMP.

The CBSA uses data, intelligence, and risk indicators to identify firearms, firearm parts, and prohibited weapons, helping to "keep them off Canadian streets and out of local communities," notes Brissette Lesage.

The Agency also conducts intelligence and criminal investigations, in collaboration with police partners, to identify and interdict firearms, firearm parts, and prohibited weapons. These projects have led to numerous seizures across the country, and various charges laid under the Customs Act and the Criminal Code.

Over the last calendar year, the CBSA seized a total of 52,544 prohibited weapons--and that excludes firearms.

In B.C., the agency seized 31,276 prohibited weapons. Automatic opening knives were most commonly seized, with 10,709 of them seized by the CBSA. After that, the CBSA seized 7,353 brass knuckles in B.C. last year, followed by 3,449 centrifugal opening knives.

Have a look at the volumes of prohibited weapons seized in B.C. and Canada over the last calendar year. 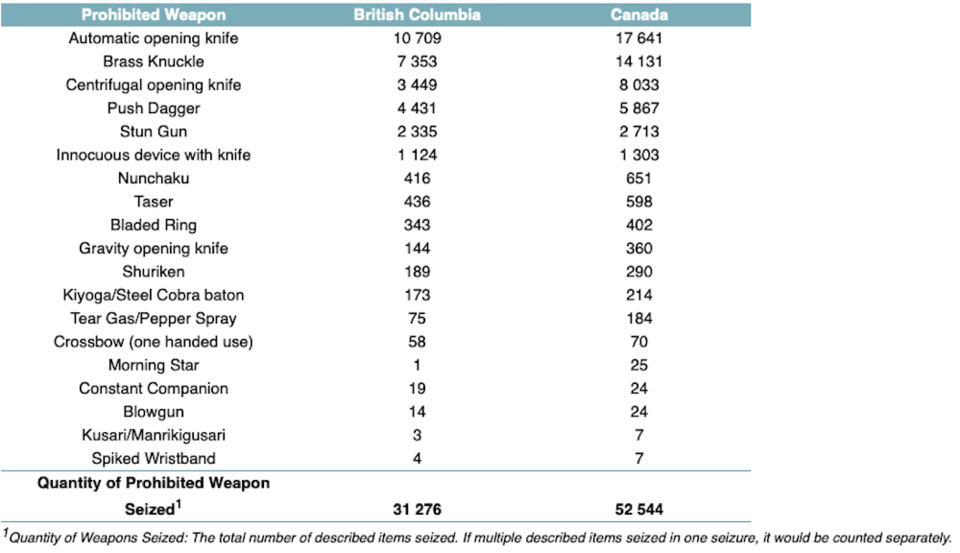