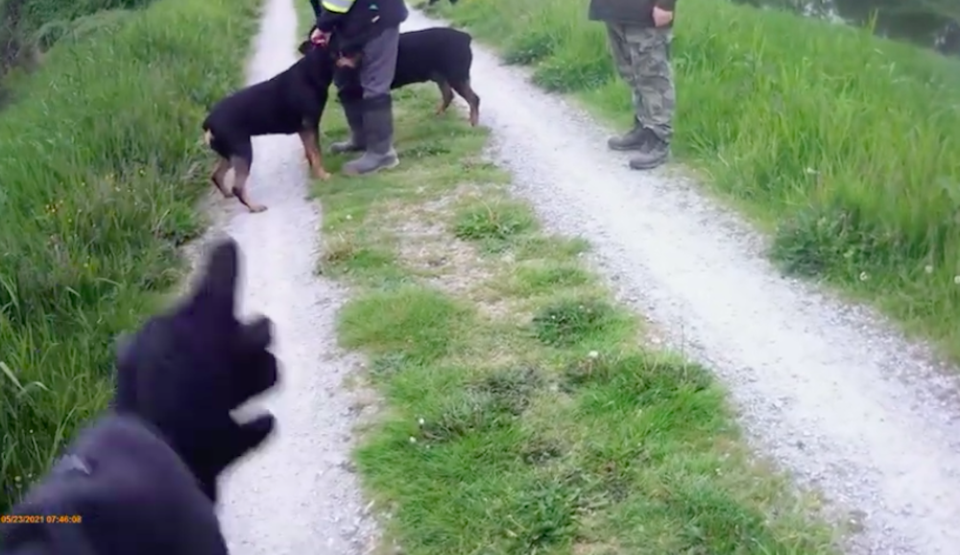 A disturbing video surfaced on May 24, 2021, that shows people saying racist comments to a person riding their bike on a Metro Vancouver trail. Photo via Joey L / YouTube

A disturbing video has surfaced on social media that shows people saying racist comments to an individual who was riding their bike on a Metro Vancouver trail.

The footage was uploaded to YouTube by a poster who calls themselves “Joey L” and who appears to be the person who took the video.

Joey L wrote that the incident took place on the Maple Ridge Dykes Trail on May 23 and added that there were two aggressive dogs off-leash involved in the incident.

The point-of-view video begins with the rider biking down the trail when a pair of dogs run up to them barking. People yell obscenities at the rider and tell them to "go back to China."

Joey L commented below the video that "it's about standing up for your rights and fighting against injustices."

Ridge Meadows RCMP spokesperson Cst. Julie Klaussner told Vancouver Is Awesome that police did not "receive any complaints regarding this incident on May 23."

Bloomberg cites a variety of statistics to back up the claim, including that anti-Asian hate crime in the city has spiked over the last year and a survey that says one out of two B.C. residents of Asian descent have experienced a hate incident in the last year.

On May 23, a man uttered racial slurs at a Stop Asian Hate rally in Richmond. A video of the incident surfaced online and Richmond RCMP confirmed that a police investigation is ongoing.

With files from Brendan Kergin and Nono Shen / Richmond News.