Imagine Tweeting about who won the Super Bowl without including the name of the winning team?
Mar 12, 2021 10:53 AM By: Elana Shepert 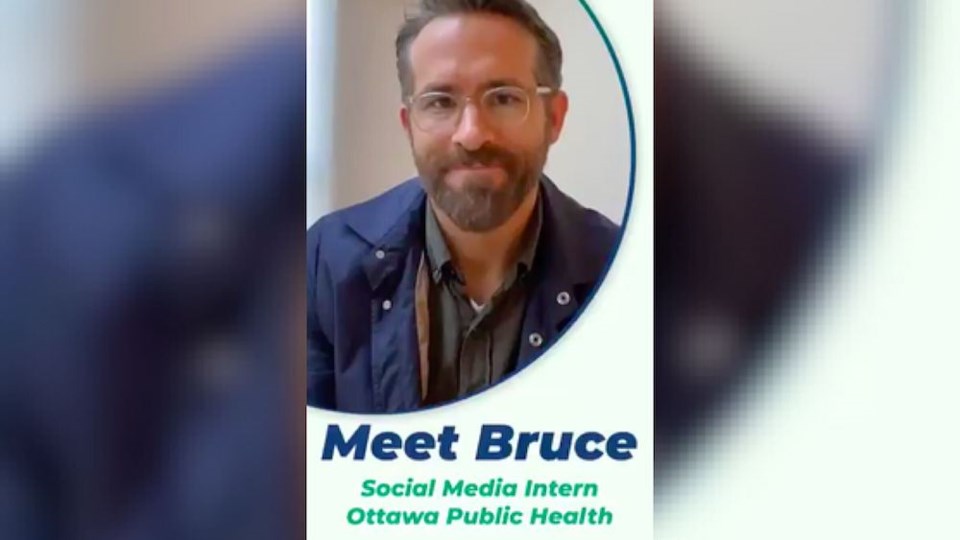 Imagine tweeting about who won the Super Bowl without including the name of the winning team?

Well, a tweet from Ottawa Public Health authored by someone named Bruce did just that, and the world took notice.

Now, the man behind the now-infamous flub has revealed his identity - and you might have heard of him.

In a video, the funnyman jokes that you may remember him from "that episode of Sabrina the Teenage Witch" but that you probably don't know he also goes by the name Bruce.

"And yes I occasionally tweet from Ottawa Public Health," he remarks. "Why? Everybody does."

"Bruce" adds that people should "back off" about the tweet (he's pretty busy, okay?) and advises people to follow public health advice for coronavirus (COVID-19) safety such as regular hand washing, mask-wearing, staying home, and getting tested.

There's been a lot said lately about our dear social media intern, Bruce. And now, Bruce would like to say a few words...#SteadyAsSheGoes #BruceReynolds pic.twitter.com/VCObMQWNq2

*Bruce, make sure to put the winning team's name here

On Feb. 7, Ottawa Public Health shared a tweet that read: "WHAT AN AMAZING #SuperBowlLV!! Congratulations to the (*Bruce, make sure to put the winning team's name here)."

They also included a photo with a caption that read: "Insert winning team logo here."

WHAT AN AMAZING #SuperBowlLV!! Congratulations to the (*Bruce, make sure to put the winning team's name here)

Thanks to everyone who stayed home & watched the game w/members of their household. We know this wasn't the usual way to enjoy the game, & we thank you for your efforts. pic.twitter.com/gKD53I2bB9