VANCOUVER — A report commissioned by the BC Salmon Farmers Association says millions of juvenile salmon and eggs will be destroyed because of a federal decision to phase out fish farms in British Columbia's Discovery Islands.
Feb 23, 2021 4:13 PM By: Canadian Press 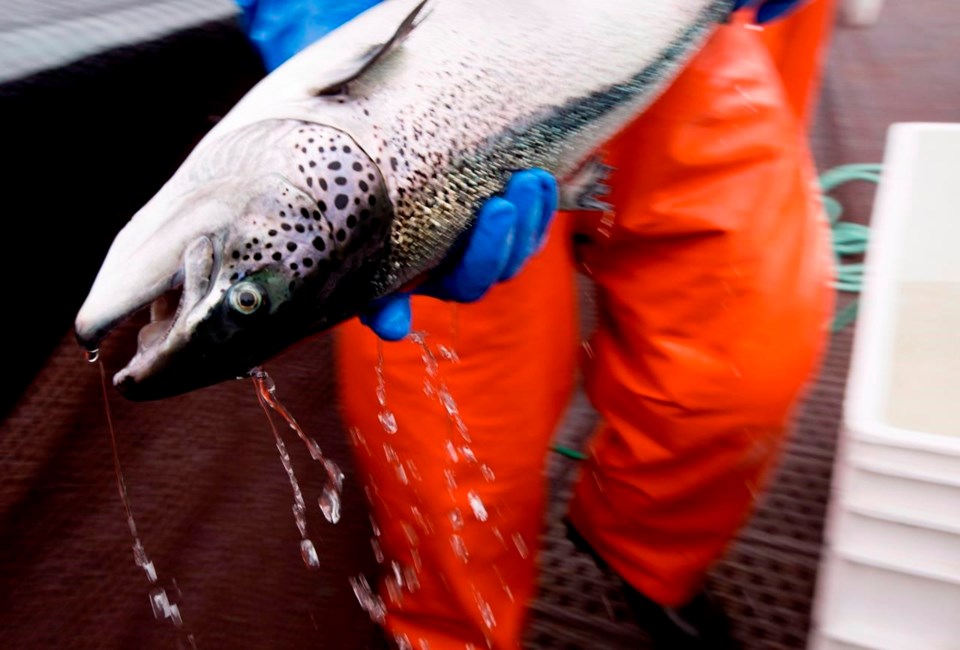 VANCOUVER — A report commissioned by the BC Salmon Farmers Association says millions of juvenile salmon and eggs will be destroyed because of a federal decision to phase out fish farms in British Columbia's Discovery Islands.

The report by economics firm RIAS Inc. says more than 10.7 million young salmon and eggs will be destroyed over the course of the 18-month phase-out.

The industry association says in a news release that salmon farmers operate in five-year cycles and were expecting to transfer the young fish to farms that are fallowing when they reach maturity.

The report also estimates the farm closures will results in the loss of 690 jobs in the salmon industry and put at risk an additional 845 jobs in indirect industries like car rental companies and veterinary colleges.

Fisheries Minister Bernadette Jordan announced in December her decision to phase out the farms after hearing unanimous opposition from local First Nations.

She said licences for the Discovery Island would receive a final 18-month extension to allow existing fish on the farms to mature to harvest.

"While the culling of any fish would be unfortunate, industry leaders would have known for months prior, if not years, that a final decision would be made by December 2020 regarding the future of the farms," Jordan's office says in a statement.

The statement cited a recommendation by the Cohen commission on the decline of Fraser River sockeye in 2012 that fish farm licences should only be renewed on an annual basis in the region.

The commission said the Discovery Islands act as a bottleneck along wild salmon migration routes. Eliminating the fish farms was one of its key recommendations.

The recommendation was also contingent on Fisheries and Oceans finding more than a minimal risk to migrating sockeye by September 2020. Last fall, the department reported finding nine pathogens from farmed Discovery Islands salmon, but said they posed minimal risk to wild stocks.

The salmon farmers association is asking that the decision be set aside to give everyone with a stake in salmon farming time to develop a plan to minimize the serious impacts of the decision.

Executive director John Paul Fraser said the federal government could have tried to reach an agreement through consultation that would see some farms removed from the Broughton Archipelago region with minimal impact.

Instead, he said the association has not received a single phone call, text or email from the department since the announcement to ask how the government might support affected businesses.

"I find it sort of abjectly irresponsible and incomprehensible to suggest that a mass cull was the only option."

The Fisheries Department says it's working with the provincial government, industry, First Nations and other stakeholders to transition away from open-net pen farming by 2025.

This report by The Canadian Press was first published Feb. 23, 2021.