Some B.C. seniors may receive vaccine clinic instructions within days

Older British Columbians may receive instructions for getting vaccinated against COVID-19 within the coming days
Feb 8, 2021 3:52 PM By: Tyler Orton 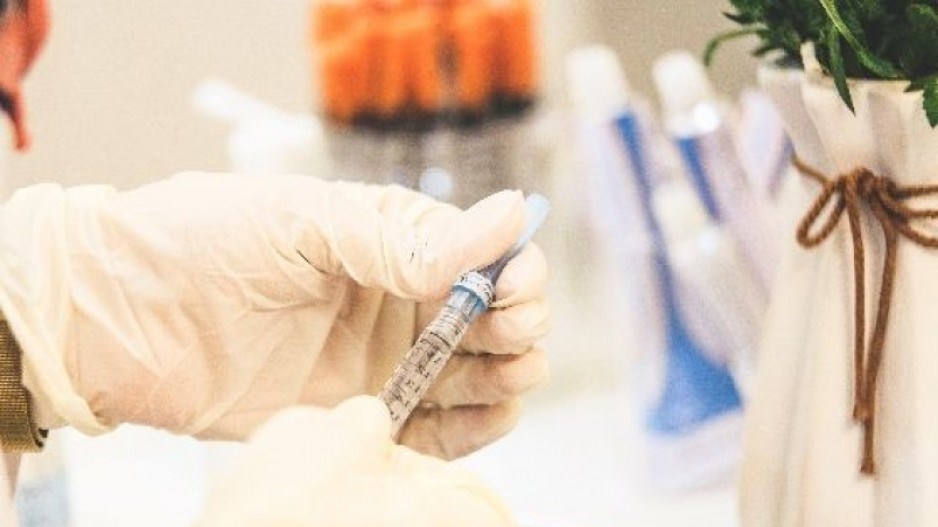 Older British Columbians may receive instructions for getting vaccinated against COVID-19 within the coming days as the province prepares to roll out its mass vaccination efforts.

“People who are over age 80 in our community: in the coming days and weeks you will receive the information you need to know where your clinic is or how you will receive vaccines,” B.C. provincial health officer Dr. Bonnie Henry said during a Monday media briefing.

“We're working on the details in every community across the province, and they will become clear in the next little while and there'll be multiple ways that we'll be contacting people.”

Last month the province unveiled the first details of its plans to vaccinate the general population.

The strategy entails four distinct phases and is based primarily on age groups in an effort to administer doses to 4.3 million eligible British Columbians by the end of September (residents under the age of 18 are not currently eligible).

Once vulnerable populations and workers who are most at-risk of contracting the novel coronavirus are inoculated, health officials plan to administer vaccines to elderly British Columbians above the age of 80, indigenous seniors over the age of 65 and other hospital staff.

Those vaccines will be administered by the end of March before the province moves onto those who are 75-79 years old. Vaccinations will carry on in descending five-year age brackets.

Mobile clinics, in-house visits and digital records are set to play a critical role in the province’s efforts to administer millions of doses in the coming months.

Clinics will be set up beginning in March across 172 B.C. communities in partnership with municipalities, businesses and volunteers.

At peak immunization capacity, the province will be relying on 715 full-time immunizers across all five health regions as it seeks to administer about 100,000 doses per day.

Those immunizers are expected to see 140 patients a day to administer doses.

Mobile sites will also be deployed where necessary and home visits will be made possible for those unable to attend clinics.

The province will open pre-registration two to four weeks before someone is eligible for an appointment.

Those looking to pre-register will be able to do so via phone, mobile device or computer, however, the finer details still remain sparse.

To date, 154,496 British Columbians have received a vaccine, with 12,111 of those vaccinated having received their second dose.

Both the Pfizer Inc. and Moderna Inc. vaccines — the only ones to be approved by Canadian regulators so far – require two doses.

Henry said most British Columbians are receiving both doses within the province’s recommended 42-day interval.

“Some of us are waiting because the data continues to accumulate about what the optimal dosing interval is,” Henry said.

“We’re getting more data … about mixing and matching. Does your immune system respond better if you get a dose of one vaccine first and then the second different vaccine as a booster dose?”

Henry revealed there have been 217 reports of adverse effects to those who’ve taken the vaccine, 18 of which were anaphylaxis.

Canada and B.C. continue to face ongoing shortages amid shipping delays from Pfizer and Moderna.

Federal officials have said they’ve received reassurances from the manufacturers that the country will receive all six million previously guaranteed doses by the end of March.