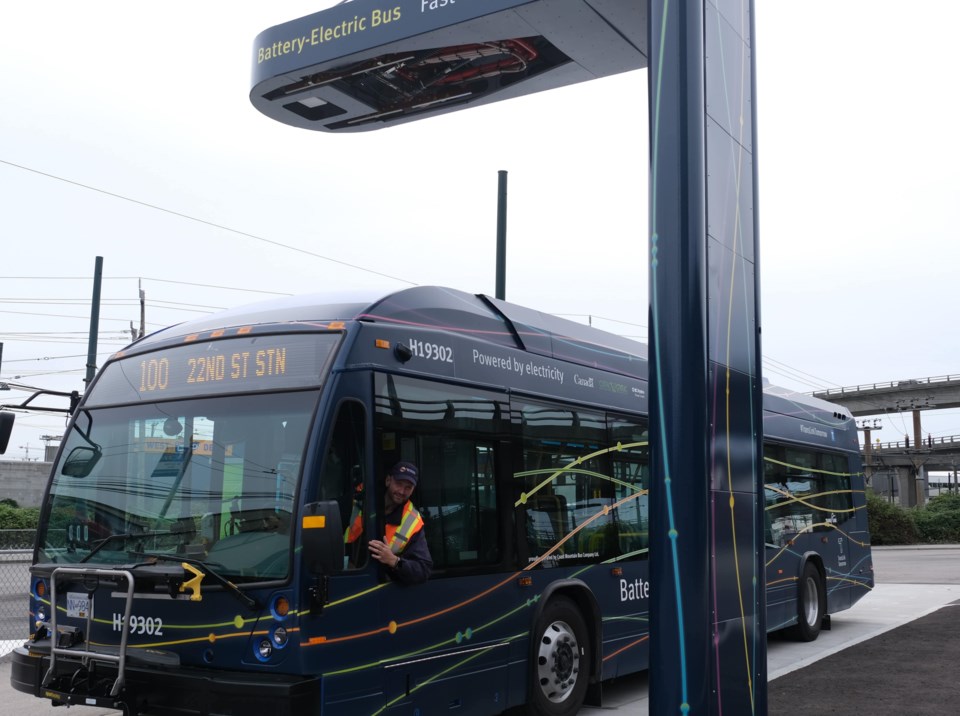 One of TransLink's battery-powered buses. Translink

The new buses will bring the TransLink fleet of battery-powered electric busses up from four to 19, more than quadrupling the fleet, the transit company announced today in a press release. They'll be used to make Route 100 fully electric; the route travels from the Marpole loop at the southern end of Vancouver east to 22nd Street in New Westminster.

The 15 buses aren't cheap; the $16 million contract with Nova Bus is funded by the Federal Gas Tax Fund. The flip side is they're expected to each save TransLink $40,000 per year in fuel costs compared to conventional diesel busses. More than half of its fleet is now using some sort of cleaner fuel technology, according to the release.

The buses are part of TransLink's plan to have their fleet run entirely on renewable energy within 30 years.

"Families, workers and students from across Vancouver South will now be able to get around the community more easily while reducing harmful emissions.”