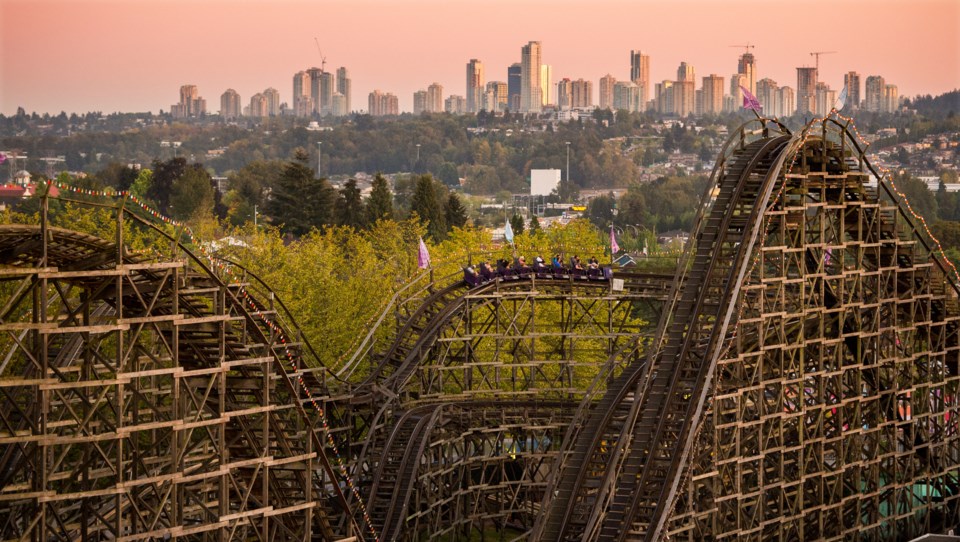 Vancouver is asking BC for $8 million to help save the Pacific National Exhibition (PNE) after the date to reopen Playland was postponed on April 27. Photo: PNE/Playland

"The PNE needs our help now, otherwise, and to be frank, we risk losing it."

The City of Vancouver is asking the Province for $8 million in emergency aid to help save the Pacific National Exhibition (PNE) after the date to reopen Playland was postponed.

PNE President and CEO Shelly Frost told reporters in a press briefing Friday (April 30) that the future of the amusement park was at stake due to unprecedented financial losses incurred over the coronavirus (COVID-19) pandemic.

Frost stated that "all of the major events had to be cancelled in 2020" and that the PNE is a staggering $8 million in debt. "We are forecasted to be $15 million in debt by the end of 2021," she added.

As a not-for-profit organization, however, the PNE continues to be excluded from federal and provincial grants and funding. Recovery would take a decade and a half and would "forever change this organization and what we bring to B.C. would be altered," she said.

As a self-sufficient organization for decades, the PNE fair has been a significant provincial institution for 111 years that "transcends age, race, gender, religion and economic circumstances...the fun-loving spirit of our province, and a place where we've always come back together to celebrate after adversity," said Frost.

Vancouver Mayor Kennedy Stewart said that the PNE as we "now know and love it could end" despite the City's backstopping of its line of credit.

Kennedy noted that "I sincerely hope that Premier Horgan will come to the table and provide the support that the PNE deserves so that we can look forward to another 100 years of memories."

Playland announced that it will not reopen on May 1 in an effort to support the provincial circuit breaker in the wake of soaring coronavirus (COVID-19) cases.

The amusement park was slated to open May 1 but organizers have decided to remain closed until after the May Long weekend. In discussions with the Provincial Health Office, concerns were raised about people travelling outside of their regional health authorities to visit the park.

While it has agreed to remain closed, Playland added that it had a "strong safety plan supported by Vancouver Coastal Health (VCH)" as well as "confidence in our ability to provide a safe outdoor experience for local families."

Playland added that "We are looking forward to opening to our park to guests following the May long weekend."

The PNE will transform into a sparkling holiday wonderland for 'WinterLights'
Nov 6, 2020 2:42 PM

Playland reopening to hundreds of guests in Vancouver this May. Here's what to expect
Apr 22, 2021 12:44 PM
Comments