REGINA — Saskatchewan is tightening restrictions provincewide on group sizes and is limiting how many people can attend worship services as the number of COVID-19 cases continues to surge.
Apr 13, 2021 4:06 PM By: Canadian Press 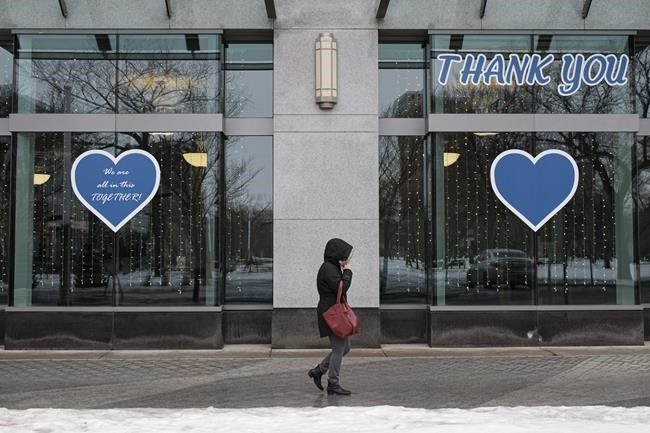 REGINA — Saskatchewan is tightening restrictions provincewide on group sizes and is limiting how many people can attend worship services as the number of COVID-19 cases continues to surge.

Health Minister Paul Merriman says the level of transmission remains too high in many parts of the province.

"We had hoped to avoid reinstating these restrictions but it is something we need to do for just a few more weeks until we can get some more people vaccinated," he said Tuesday.

Updated public-health orders, effective immediately, only allow people living under the same roof to be present in a home. Private gatherings of up to 10 people from one or two other households had been allowed indoors.

The health measure is in effect across the province. Until Tuesday, it had only been in place in Regina because of a concerning trend of COVID-19 infections in the city caused by variants.

There are limited exceptions for co-parenting and caregivers.

As of Friday, church gatherings will also be restricted to no more than 30 people.

Both measures are in place until April 26 pending a review at that time.

Dr. Saqib Shahab, the province's chief medical health officer, said test-positivity rates are increasing, as are the proportion of cases caused by the more transmissible variants. Increases in hospitalizations and admissions to intensive care are also of significant concern, he added.

There were 288 new cases of COVID-19 reported Tuesday and two more deaths. Both people were from the Regina area. Some 202 people were in hospital, including 41 in intensive care.

Shahab said health officials are closely following a rise in cases in Saskatoon. He said variant strains made up about 14 per cent of new cases there last month — now it's up to 40 per cent.

“Scott Moe saw the modelling and knew the variants were on the rise,” she said in a statement.

“Instead of acting to win the race between the vaccines and the variants, he gave the variants a head start.”

Eligibility for vaccinations was expanded Tuesday to residents 52 and older. The minimum age dropped to 40 for people living in the Far North.

The province said it is also expanding the vaccine delivery plan for people in more vulnerable groups to include all pregnant women and 16- and 17-year-olds who are considered clinically extremely vulnerable. Those deemed to be medically vulnerable will receive a letter from their doctor.

The province has opened drive-thru vaccination clinics in communities across the province. In Regina, the drive-thru expanded eligibility to include people between the ages of 49 and 54.

Merriman said the province's plan is to play offence with a robust vaccination plan and defence with tightened restrictions.

"Until more of us get vaccinated, there is still a chance of catching COVID-19."

This report by The Canadian Press was first published April 13, 2021.

— By Kelly Geraldine Malone in Winnipeg