Green and NDP support free university, but Liberal candidate says "it's not a panacea"
Oct 4, 2019 3:34 PM By: Kelvin Gawley 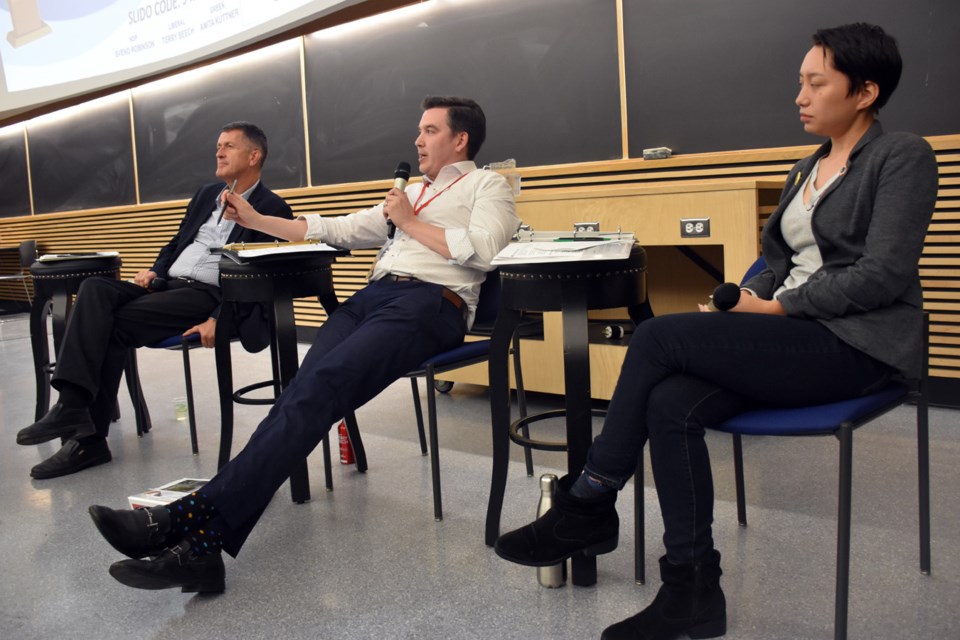 Conservative Heather Leung did not respond to an invitation from the organizers.

Beech, the incumbent, was forced to defend his party’s more centrist and incrementalist approach against Robinson and Kutter, who both promised bold reforms.

This dynamic was present from the first question, which asked the politicians what the federal government could do to make life more affordable for students.

“Tuition needs to be free,” Kuttner said, before listing 20 countries with tuition-free post-secondary education. “Education is a human right and, therefore, we should be providing it for everyone.”

The increased revenue streams would give Canada the resources to “invest in our own people,” Kuttner said.

Robinson said the NDP is also committed to eliminating university tuition, but admitted it’s “not going to happen overnight.”

A New Democratic government would first eliminate the interest from the federal portion of student loans and would put more emphasis on grants rather than loans, he said.

The NDP would also generate new revenue to pay for the promise including by implementing a wealth tax on estates worth more than $20 million, Robinson said.

Beech tried to throw cold water on the promise.

“It's not a panacea,” he said, “but what we've done is we've made sure that anyone who wants to get an education can access an education.”

Beech said the Liberals have already increased student grants and are committed to doing so if re-elected, as well as eliminating interest on student loans for five years for new parents.

The Liberal noted the average student debt in Canada is approximately $27,000.

Over the course of the night, the three also debated housing policies, reconciliation between Indigenous and non-Indigenous Canadians, the Trans Mountain pipeline and more.

But the three were in agreement on two issues. The Green, New Democrat and Liberal all condemned their Convervative opponent's past comments about LGBTQ people. All three also gave similar answers to a question about the proposed gondola to SFU’s Burnaby Mountain campus, saying they support it conditionally.