Burnaby North-Seymour candidate Amita Kuttner announced the tax alongside Green Leader Elizabeth May and their colleagues from Richmond Centre and New Westminster-Burnaby
Sep 30, 2019 10:00 AM By: Dustin Godfrey 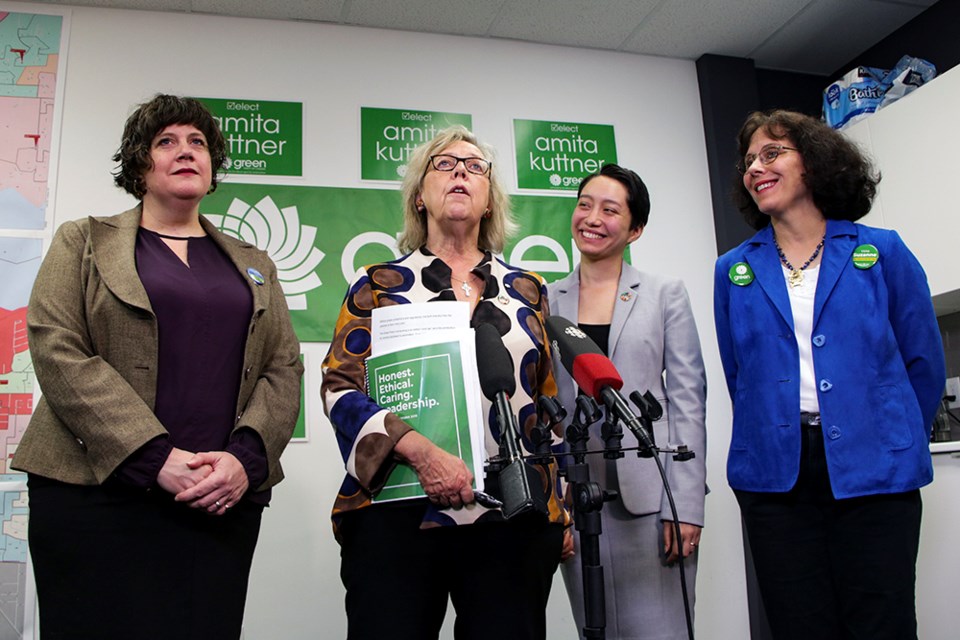 If it forms government, the Green Party says it will implement a “robot tax,” a policy developed and announced by Burnaby North-Seymour candidate Amita Kuttner.

The robot tax, the party says, would be equal to the income tax revenue of jobs lost to automation and artificial intelligence.

“Our policy focuses on five different fronts, the most important of which is that artificial intelligence and many merging technologies actually represent the great promise of our future and an economy driven not by natural resources and oil and fossil fuels but rather technology,” Kuttner said.

“Second is to make sure, as more and more profit and more and more revenue comes from automation, that we actually get that revenue to the people rather than just letting it stay in the massive corporations. We’re proposing a robot tax for every automated job; we will take tax revenue from large corporations that is equivalent to the income tax that would have been paid for the worker.”

Kuttner, who has a PhD in astrophysics, said the policy would be “really complicated to implement,” so the party plans to study ways to properly implement a tax. No other jurisdiction has implemented such a tax so far, Kuttner noted, but the idea isn’t entirely new. Microsoft founder Bill Gates proposed such a policy as early as 2017.

Small businesses would be exempt from the tax, Kuttner said, to avoid detrimental impacts on those businesses.

The tax, which would go into general revenue, is one part of how the Green Party intends to fund some of its initiatives, including free post-secondary education. Education is another party platform plank that could address the ill-effects of automation by offering training to those who have lost jobs to machines.

“This is something that is going to be different than any technological revolution that we’ve had before. It’s going to come faster, and it’s going to impact nearly every single industry. So we need to prepare; we can’t let anyone fall through,” Kuttner said.

“We need a just transition for technology and innovation just as we do for fossil fuel workers.”

Kuttner, who identifies as gender non-binary and uses they/them/their pronouns, was promptly named the science and tech critic by Green Leader Elizabeth May after they sought a spot on the ticket for their riding. May tasked them with developing a policy to tackle the challenges and benefits that can come with automation and artificial intelligence.

“It’s Amita Kuttner who brought to the Green Party, ‘you better focus on artificial intelligence because it’s coming.’ So full credit. When Amita decided to run as a Green, I immediately asked them to join our shadow cabinet as the critic on science and technology,” May said from Kuttner’s constituency office.

NDP Leader Jagmeet Singh, who held a media availability earlier on Sunday, said his labour-oriented party had yet to announce any plans to handle the displacement of labour by automation.