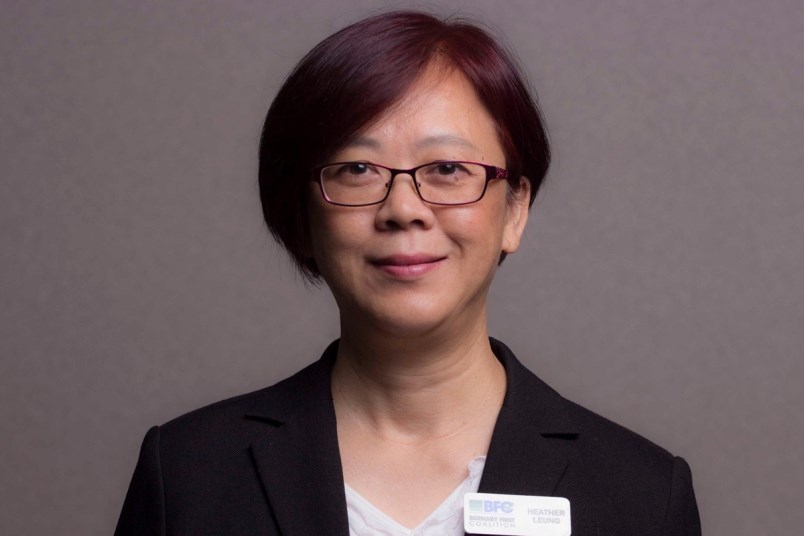 Conservative candidate Heather Leung, who's running in Burnaby North-Seymour, has come under fire for her views on LGBTQ+ issues.contributed

Heather Leung, the Burnaby North-Seymour candidate who will appear on the ballot as a Conservative but has been disavowed by Tory Leader Andrew Scheer, has announced she is now running “independently.”

“I want everyone to know that you can still vote for me by putting a check mark by Heather Leung on the ballot even though Conservative appears by my name,” she said in a press release.

“I am happy to announce that, with the support of many constituents in the Burnaby North-Seymour riding, I am looking forward to run independently as their candidate. If elected, running independently, means I can vote the will of my constituents regardless of party policy.”

Leung vowed to stand for the Charter of Rights and Freedoms, freedom of speech and equality.

In an email, Leung’s campaign manager, Travis Trost, said her campaign team is trying to navigate a “very strange situation.”

“We deliberately chose the adverb ‘independently,’ rather than the noun ‘independent’ because the noun has become a technical term to represent someone with no political affiliation on the ballot. We feel ‘independently’ better reflects this strange situation we find ourselves in, (in) which the national party has cut her loose but the ballot papers still say Conservative,” he said.

The press release came mere hours after an outgoing MP and former Tory leadership contender told the NOW Leung could still land in the Conservative caucus.

Brad Trost, a former Saskatchewan MP and Travis Trost’s brother, said his party’s caucus could use a secret-ballot mechanism for determining which MPs are in its caucus after the election.

“Scheer, after Sept. 30, doesn't have the power to say whether she's in or out of the Conservatives. That power rests solely to the voters of Burnaby North-Seymour and to elected Conservative members, should they choose to accept that authority,” Brad Trost said.

Asked whether Conservative MPs would choose to bring Leung within the fold against their leader’s wishes, he said, “It would depend on the results of the election and what's going on internally in the party.

“If they had won a government, not a chance. If they suffer a loss to the Liberals and there's unhappiness with Andrew Scheer, well then, I think there's a good chance she would be accepted. Maybe not right away, but possibly in a year or so.”

Brad Trost said he would not have dropped Leung from the party had he been leader.

“I haven't seen all of the remarks, but I do know Heather, have known her for a few years off and on. She's a fine lady. She works hard on a lot of issues.”

The former MP said he knows Leung holds “traditional” views, opposing same-sex marriage and sexual education programs designed by “left-of-centre governments,” but her remarks may have “come across a little harsh because English is not her first language.”

On Friday, the Tories issued a statement saying, “Heather Leung is no longer representing the Conservative Party of Canada in the riding of Burnaby North-Seymour.”

The party cited “offensive comments” Leung has made in the past, including saying LGBTQ people were trying to recruit children and saying they live “perverted lifestyles.”

The statement, however, came after a Sept. 30 Elections Canada registration deadline, meaning the Conservatives won’t be able to nominate a new candidate and Leung will still appear on the ballot, identified as a Conservative.