How do I vote? and other questions answered for Burnaby voters

Voting in this federal election begins at 7 a.m. Monday morning, and it runs through to 7 p.m. Here's everything you need to know (except for whom to vote for!)
Oct 21, 2019 5:06 AM By: Dustin Godfrey 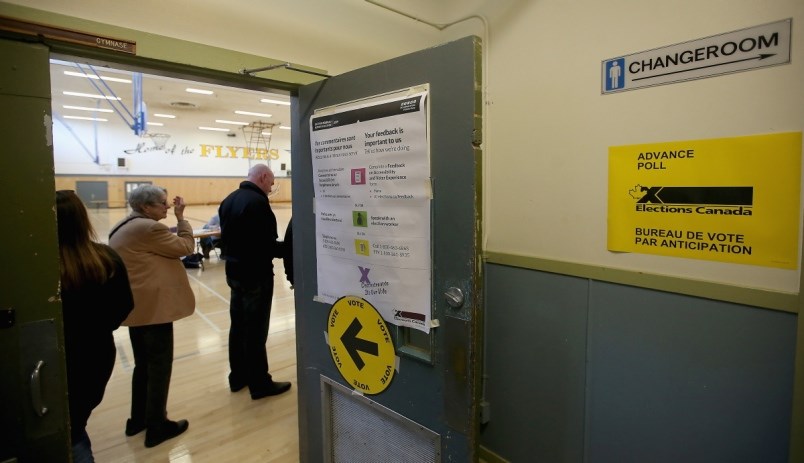 The day is finally here! Elections aren’t the only time and place to voice your opinions and participate in our democracy, but they’re certainly the most significant, and in case you hadn’t heard, we’re holding one tomorrow.

We’re here to help you out with some of the smaller questions (where do I vote? who are my candidates?) while you weigh the big ones (what are the big issues? who will best represent me?).

Where can I vote?

Polls in B.C. open up at 7 a.m. and run through to 7 p.m., with polling stations available throughout Burnaby – but remember to vote at the polling station specific to you.

You can find out where you’re local polling station is located by typing your postal code into this page on the Elections Canada website.

What should I bring?

If you got your voter information card in the mail, and it has your correct name on the card, voting should be easy. Take that, along with accepted identification (we’ll get to that in a minute), to the voting station, and you’re good to vote.

If you didn’t get your voter information card, or if the card has someone else’s name on it, don’t panic! There’s still nothing holding you back from voting – you can register to vote or update your voting information at the polling station.

Just bring the applicable ID (see below) to the polling station when you go to vote.

To vote, you’ll need a) one piece of government-issued ID (federal, provincial or local governments) that includes your photo, name and current address. That includes a driver’s licence or B.C. ID.

If you don’t have one of those pieces of ID, you’ll need b) two pieces of ID that include your name, with at least one of them including your current address. That can include your voter information card, a bank statement, a utility bill, your student ID, a Canadian passport, a credit/debit card, an employee ID card or a lease on a rental home such as an apartment. (Click here for a full list of accepted ID under this option.)

If you can’t find two of those pieces of ID, there’s still one more option available to you. You can c) have someone vouch for you at the polling station. If you know someone who is assigned to the same polling station as you are (say, a neighbour, friend, family member) and who can prove their address, they can vouch for you when you go to vote. That person can only vouch for one person (except in long-term care institutions).

What are my options?

We all know the party names, but who are the people vying for your vote at the local level? That depends, of course, on which riding you live in. (You can figure that out by typing your postal code into the page linked under “Where can I vote?”)

If you’re in Burnaby North-Seymour, you’ve got seven choices on your ballot. They include (in the order they appear on the Elections Canada website):

If you’re in Burnaby South, you’ve got seven choices on your ballot. They include (in the order they appear on the Elections Canada website):

If you’re in New Westminster-Burnaby, you’ve got eight candidates to choose from. They include (in the order they appear on the Elections Canada website):

How did my riding vote in the last election?

The 2015 election was an upset in many ways, with the Liberal Party surging from third party to a majority government, so the last election’s results aren’t exactly a predictor for this coming election.

But here’s a look at how the vote played out in New Westminster-Burnaby after Oct. 19, 2015: