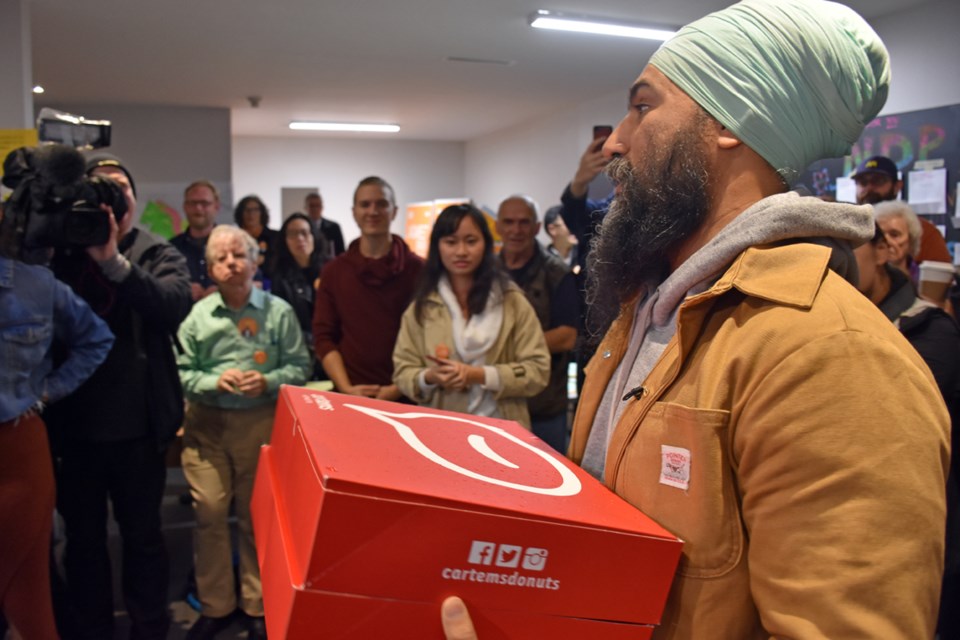 NDP Leader Jagmeet Singh gave volunteers words of encouragement and boxes of doughnuts to kick off the get-out-the-vote effort in his home riding Monday morning, as Canadians across the country went to the polls in the country’s 43rd general election.

Singh greeted a few dozen supporters gathered at his campaign office near the Royal Oak SkyTrain station in Burnaby South.

Singh thanks volunteers for pouring their hearts into the local campaign. pic.twitter.com/WUGIdJP9b1

“Now this is the last day, and this is when New Democrats show what we got. We out-hustle, we out-work, we out-heart everybody,” he said.

Singh led a national campaign that saw the NDP surge in the polls as Canadians increasingly approved of his leadership.

The NDP leader has represented Burnaby South since February, when he won a byelection to replace former MP Kennedy Stewart, now mayor of Vancouver.

The Burnaby NOW will have full coverage as results begin to roll in after 7 p.m.