A video from the office of newly re-elected MP Kennedy Stewart is making the rounds on social media, drawing ire from reporters and communications folk alike. The video, shot by Global B.C.
Oct 21, 2015 5:37 PM By: Jennifer Moreau 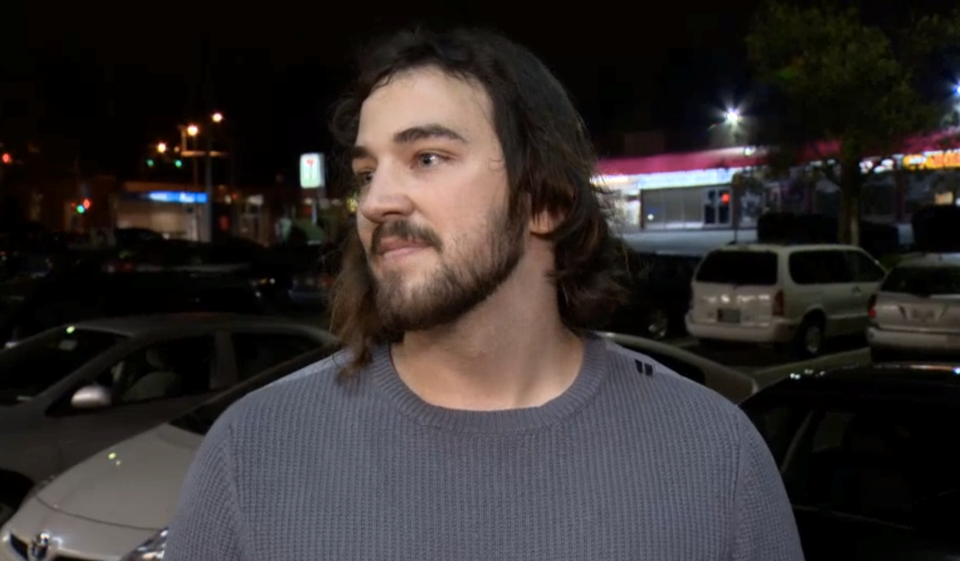 A video from the office of newly re-elected MP Kennedy Stewart is making the rounds on social media, drawing ire from reporters and communications folk alike.

“I’m sorry to have to say Kennedy Stewart is not doing interviews tonight,” a man explains to Urquhart and her cameraman. “Everything is busy right now. We’re still getting results in. He’s with his peers, you know, his volunteers, kind of a subset of a family. It’s almost like Thanksgiving dinner in a way.”

Urquhart and her cameraman were left outside. Meanwhile, Burnaby NOW reporters Jeremy Deutsch and Cornelia Naylor were still inside and allowed to stay because they were from local media. The whole incident caught Urquhart off guard.

“We were surprised, for sure. As you know, it’s common practice for reporter to check in with candidates,” she said.

“We were just checking in. We were going around to a bunch of different offices as results were coming in, speaking to candidates,” she added. “We saw it as an opportunity for him to say whatever he wanted to say to his constituents.”

The race in Stewart’s Burnaby South riding was close, and Elections Canada’s numbers showed Liberal Adam Pankratz ahead when Global was kicked out.

Stewart explained to the NOW he did not want Global there because he thought they were looking for footage to go with a national story about the NDP’s decline.

“They’re just in there for mischief. They want to film NDPers losing,” he said. “I don’t think it was someone trying to do a story. They had a story and they were looking for footage.”

Urquhart said that was not the case.

“I don’t know where that came from,” she said. “Honestly I think the video speaks for itself on what we were doing and how we were treated.”

Stewart had his party at campaign headquarters, whereas other candidates had separate parties away from their offices.

“It was very tense in there. The count hadn’t been finished,” Stewart said.

“(Global) didn’t interview me once throughout the whole 78 days of the campaign,” he said. “To just show up at the end and expect to walk in at a private event essentially, no other campaign would allow that.”

Stewart said he made Global wait outside his office while results came during the 2011 election, as well, and Global didn’t have a problem then.

“Perhaps it’s a misunderstanding but, believe me, it’s exactly what I did in 2011,” Stewart said.

Once the footage was online, Urquhart Tweeted “kicked out!” with a link to the video.

Mike Klassen, a columnist who works in strategic communications, replied, “Bizarre – never seen campaign office toss out media like this.”

News 1130 reporter and anchor Dave White called it “ridiculous,” while Global’s Chris Gailus Tweeted, “Here's something we never expected on election night, and it has nothing to do with Liberals sweeping to victory.”

Here's something we never expected on election night, and it has nothing to do with Liberals sweeping to victory. https://t.co/XWeQWK9MdS

Correction: The original web version of this story listed Dave White as a CKNW reporter. He works at News 1130, apologies for the error.