Opinion: Getting voters to care shouldn't be like pulling teeth 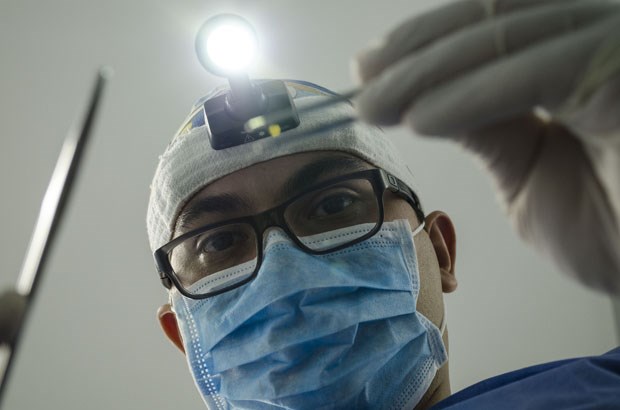 A recent visit to the dentist was painful in a whole new way. My dentist and her assistant were having a chat while I lay silenced by a rubber dam over my mouth.

The assistant asked somewhat befuddled, “Is there an election coming up? I think I heard something about it.” My dentist winced but kept her composure. “Yes, there is a federal election on Oct. 21. “Oh,” replied the assistant giggling, “I don’t usually vote.”

You don’t vote?! I wanted to scream as the suction tube found the side of my cheek. Are you kidding me? You’re an educated, middle-aged woman and you don’t vote. What is wrong with people I thought as I choked on my own disbelief?

I shouldn’t be surprised. Only an average of 62 per cent of Canadians vote. We came out in bigger numbers for the 2015 federal election at 68.5 per cent, most likely to make sure Conservative Prime Minister Stephen Harper was removed from power.

The World Atlas says of all the democratic countries in the world, Canada rates number 19, between Greece and Hungary, for voter turnout. That’s just not good enough.

The conversation took a quick turn to fashionable prime ministers like former PM John Turner who was known for his fancy ties and our present PM’s colourful socks. Fashion sense should not be an election issue, but let’s face it, this election campaign is boring.

Candidates are making unrealistic promises, like offering tax cuts while increasing social programs, providing cheaper housing, free daycare and free pharmacare. At every whistle stop along the campaign trail it feels like one fantastical promise after another.

There’s one election issue that stands out for me. How do the political parties plan to address climate change while protecting our environment and our economy? I don’t want unrealistic promises that disappear once a leader is elected. I would like to see an environmental plan that is practical, economical and efficient.

I’m impressed the Delta Naturalists Society is taking its concerns directly to our local candidates running to be our next MP. The society has organized an all-candidates meeting Thursday night (Oct. 10) at KinVillage strictly on environmental issues.

There will be national questions about wilderness conservation, pollution, water and climate change, but most importantly are the local questions with answers that will affect us here in our own neighbourhoods.

Candidates will be asked what they are going to do about raising the dikes along our waterways so we are protected from flooding. With the possibility of a new LNG terminal coming to Tilbury, if there was a spill or a release how would we deal with that? Burns Bog continues to be under threat of development, and what about saving our salmon which are in peril? Plus what are the implications of a second terminal for Roberts Bank.

I will be moderating the all-candidates meeting, which will run from 6:30 to 8:30 p.m. Please attend if you can. I will be interested in all the candidates’ answers and you should be too.

Ingrid Abbott is a freelance broadcaster and writer who encourages everyone to get out and vote because it’s a privilege.