Svend Robinson came back to North Burnaby all the way from Europe to serve his community.
Oct 21, 2019 11:04 PM By: Chris Campbell 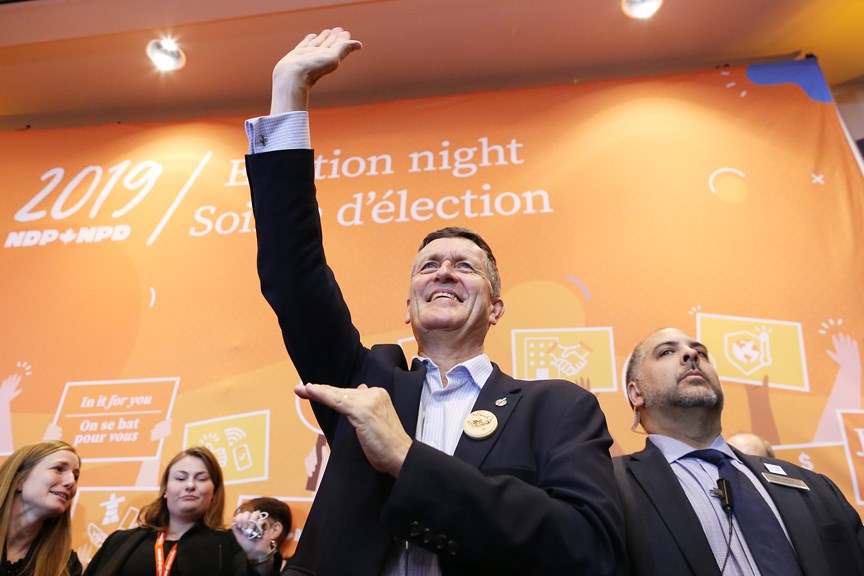 Svend Robinson at the NDP party at the Burnaby Hilton on Monday night. Lisa King photo

Svend Robinson came back to North Burnaby all the way from Europe to serve his community.

It didn’t turn out the way he wanted, as the former MP came second Monday night in the riding of Burnaby North-Seymour with around 32% of the vote, just behind Liberal MP Terry Beech’s 35.8%.

Robinson said it was “a disappointing night, but the voters have spoken and I respect that.”

“We put up a great campaign. I’m proud of that.”

The unsuccessful comeback candidate said he hopes the NDP candidates who did get elected will press hard for the issues they campaigned on.

“For me, from this community, I'm hoping that one of those key issues will in fact be the Trans Mountain pipeline expansion and that we will be very clear that there will be no support for a Liberal government that's prepared to push this pipeline expansion project through.”