Timeline: A history of dogs in space

While the U.S. primarily used monkeys and primates to test the viability of space travel, the USSR—in the middle of its own ambitious space program—used a group of dogs who became known as “dogmonauts.”

The dogs were stray pups who were rounded up on the streets of Moscow and put through intensive training to prepare them for launch. At the time, the Soviets theorized that since the dogs were already accustomed to hunger and cold, they’d be better equipped to handle the stresses of the program.

Between 1951 and 1966, at least four dozen dogs of varying sizes and breeds were enlisted in the Soviet space program. Some of them were sent into orbit while others carried out suborbital missions.

Many died in the process, becoming heroes of Soviet pop culture and folklore. They appeared on postcards, stamps, tins, and even cigarette packs.

In 2014, a research fellow at The State Russian Museum named Olesya Turkina put together a picture book honouring the dogs. Critics hailed the book as a “gorgeous work of art, containing adorable image after adorable image of the strays recruited against their will to pave the way for the first man in space.”

In honour of the courageous dogs and the 61st birthday of NASA, Stacker created a timeline of canine missions, all based on Geere's website. Although not all the missions were included, the main players are all pictured and represented.

Take a look to learn more about canine heroes of the Soviet space program. 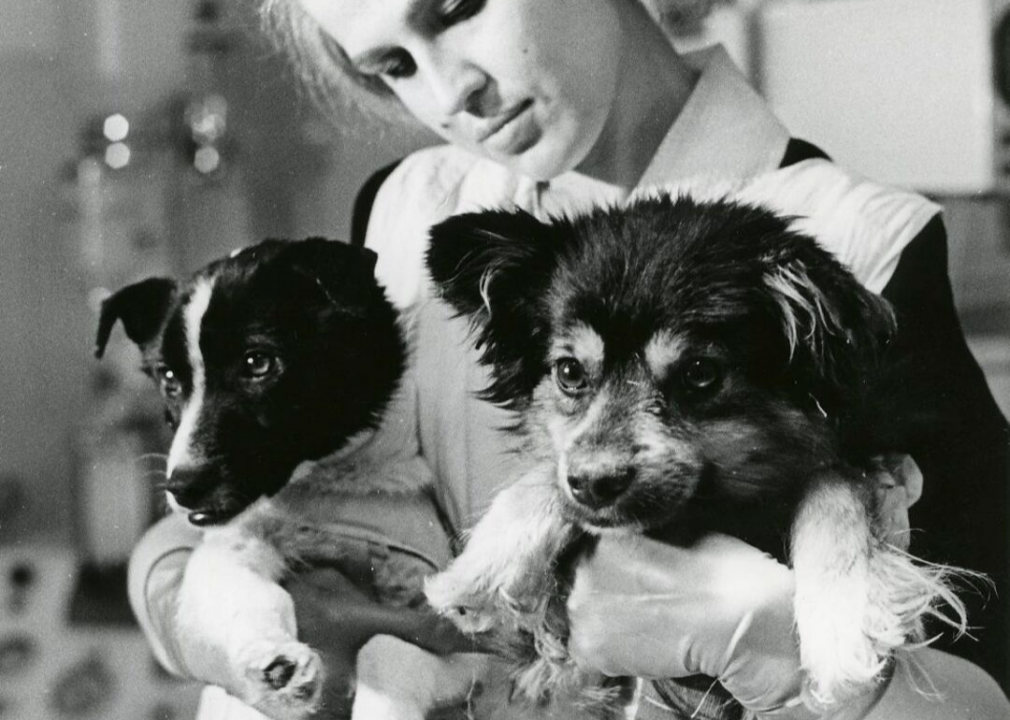 The first-ever canine space mission involved two dogs named Dezik and Tsygan, both of whom successfully made a suborbital flight on July 22, 1951. The dogs ascended to an altitude of about 110 kilometres. Russian Life dubbed the heroic canines the “world’s first dogmonauts,” and Tsygan was adopted soon after as a pet by Soviet physicist Anatoli Blagonravov. 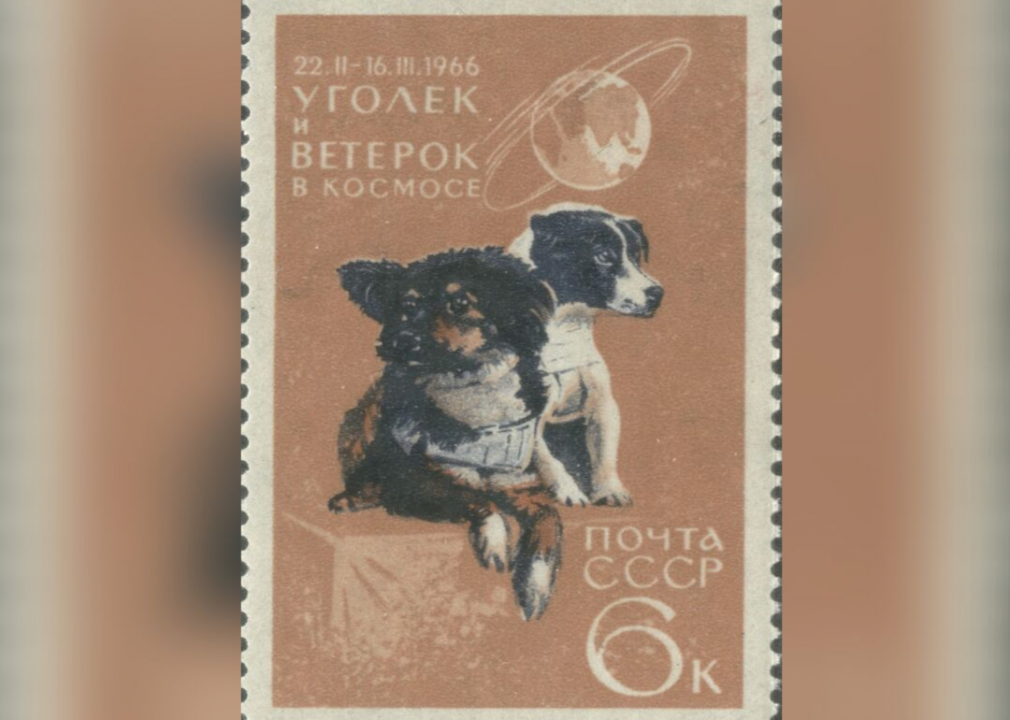 Following Dezik and Tsygan’s successful (if suborbital) flight, Dezik was sent up again a week later, this time with a new travel companion named Lisa. This flight, on July 29, 1951, was similar to the previous excursion; however, this time, a parachute failed, and both dogs died. 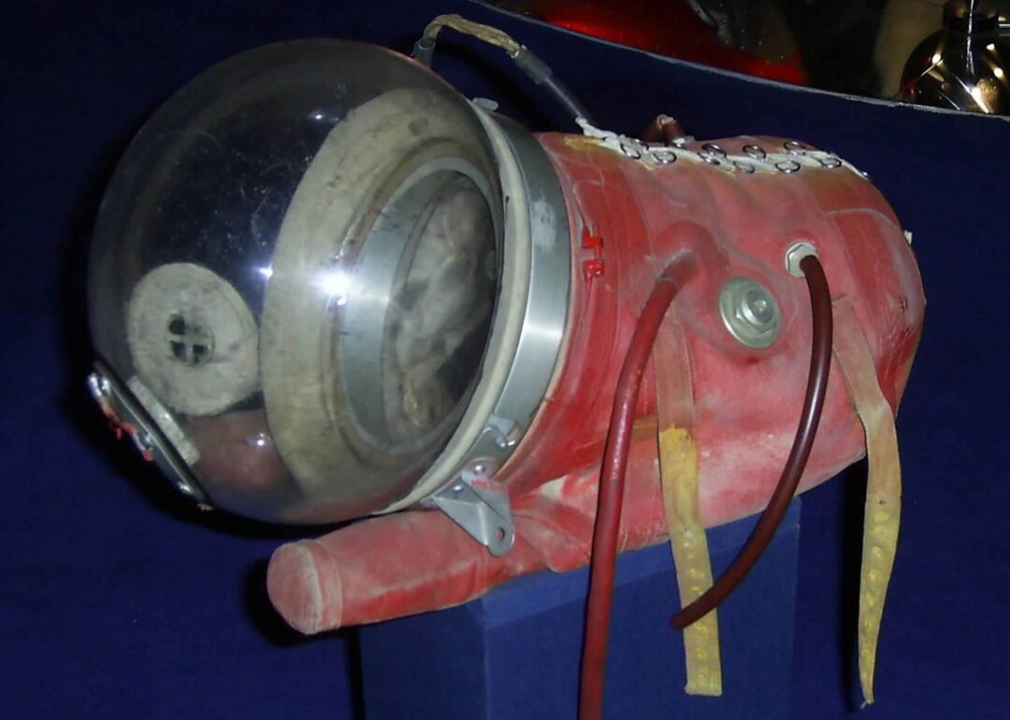 A few weeks later, on Aug. 15, 1951, it was time for a fresh start. Two new pups named Chizhik and Mishka went on a mission in the R-1B, a short-range ballistic launch vehicle. Both dogs were recovered safely, but they were sent up again two weeks later and perished on that mission. 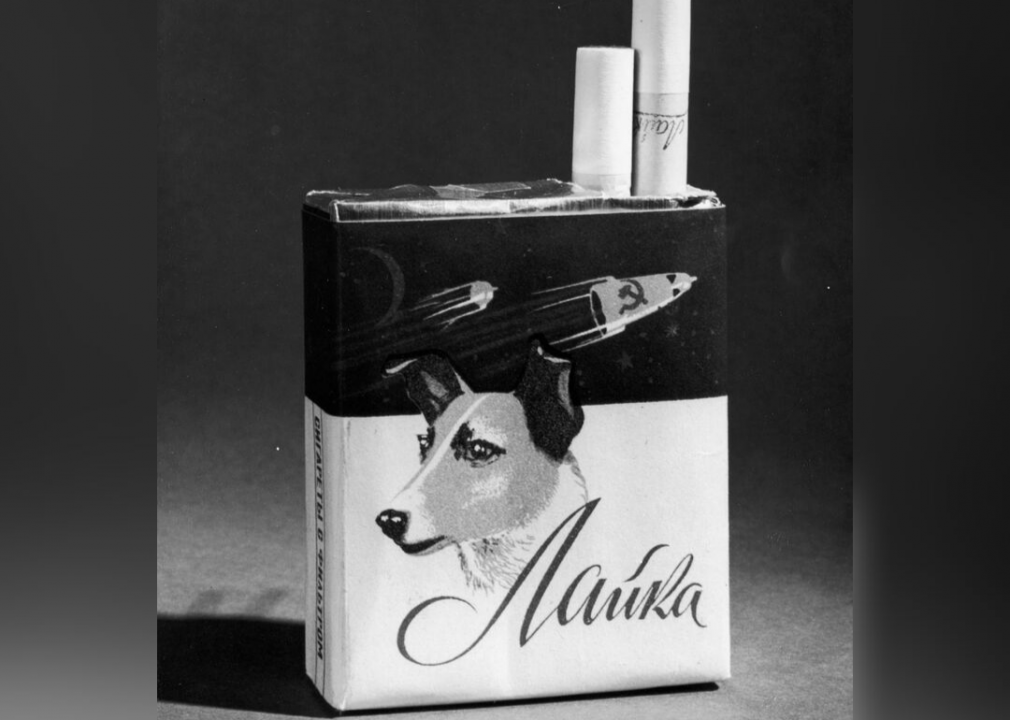 Between Chizhik and Mishka’s first launch and their doomed Aug. 28 flight, two other dogs named Ryzhik (aka “red-haired” or “ginger”) and Smeliy completed a successful mission. In this happy case, both canine cosmonauts made it back home in one piece. 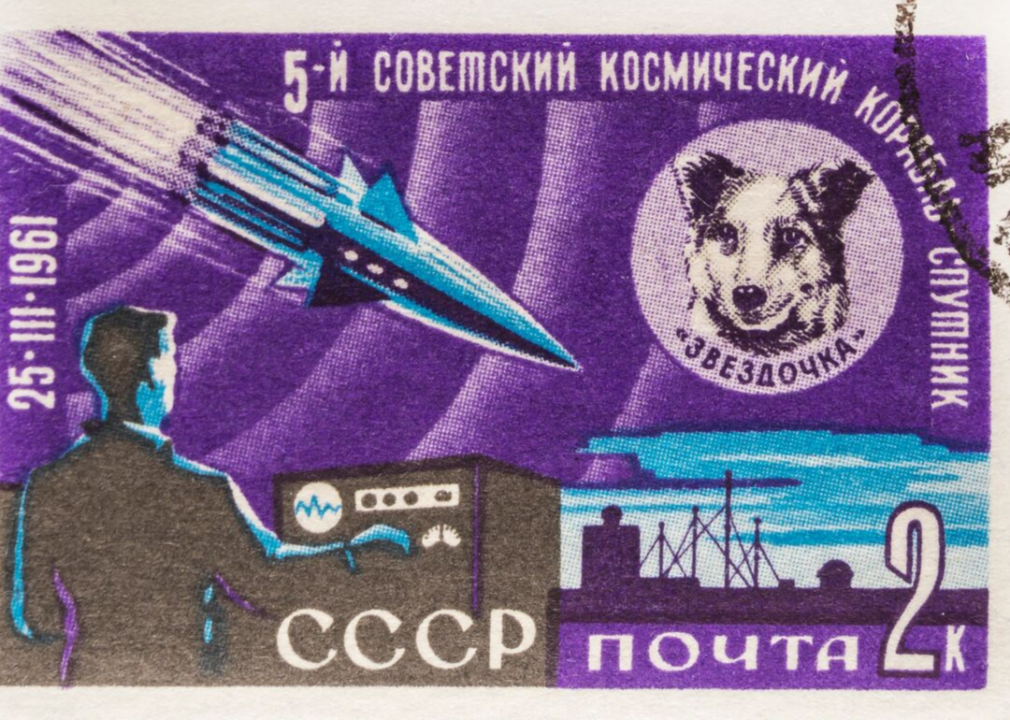 Following in the footsteps of their predecessors, Neputeviy and ZIB were two more dogs who made a joint trip in the R-1B, travelling to an elevation of 100 kilometres. ZIB was an untrained street dog scientists found running in the barracks. He was tasked with the mission after another dog named Bobik ran away a few days before. In fact, ZIB is a Russian acronym meaning “Substitute for Missing Bobik.” Like Chizhik and Mishka, both pups were safely recovered from their pod. 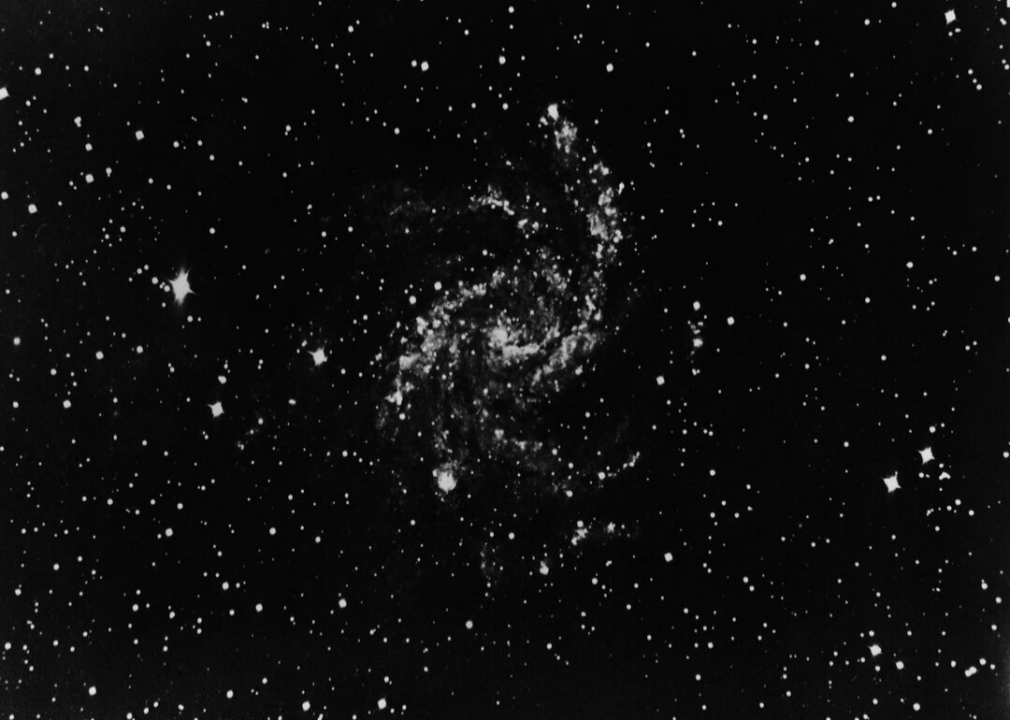 After nearly a three-year pause, the Soviets again launched dogs into space on July 2, 1954. This time it was two new pups making the journey called Damka and Mishka 2, the latter of whom was named after his early predecessor. Sadly, Mishka 2 suffered the same fate and perished because of the voyage. 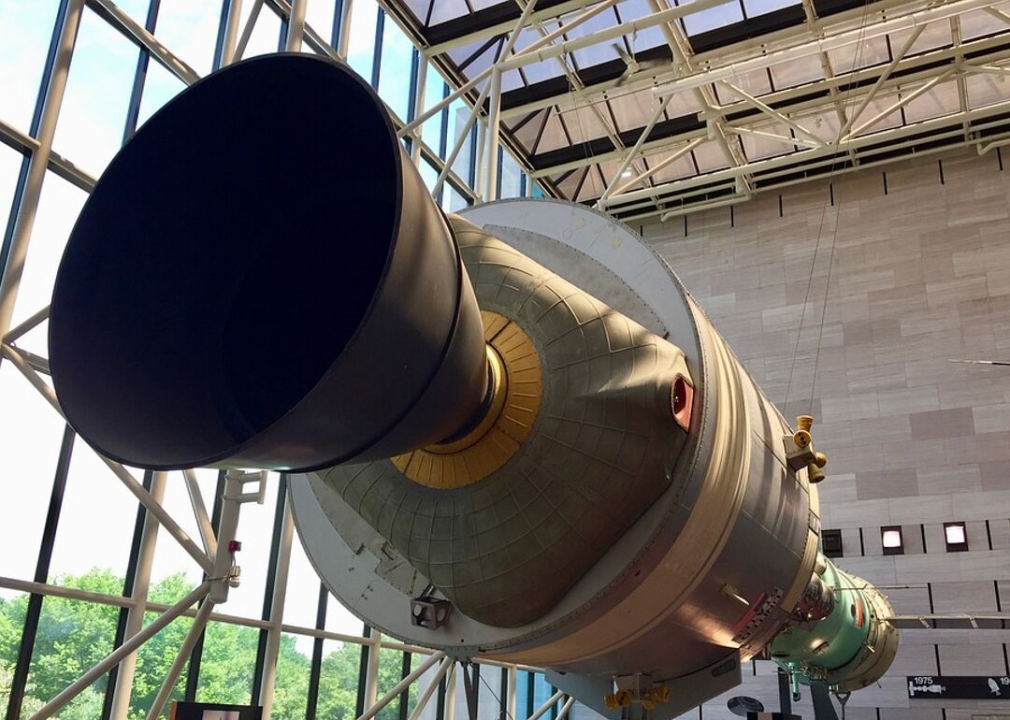 The following week, Damka again set off into space via the R-1D, a ballistic vehicle designed to study the effects of spaceflight on the animals. Damka was joined by Ryzhik-2, another dog named after a predecessor. However, like Mishka-2, Ryzhik-2 also ended up perishing. Damka, on the other hand, was safely recovered once more. 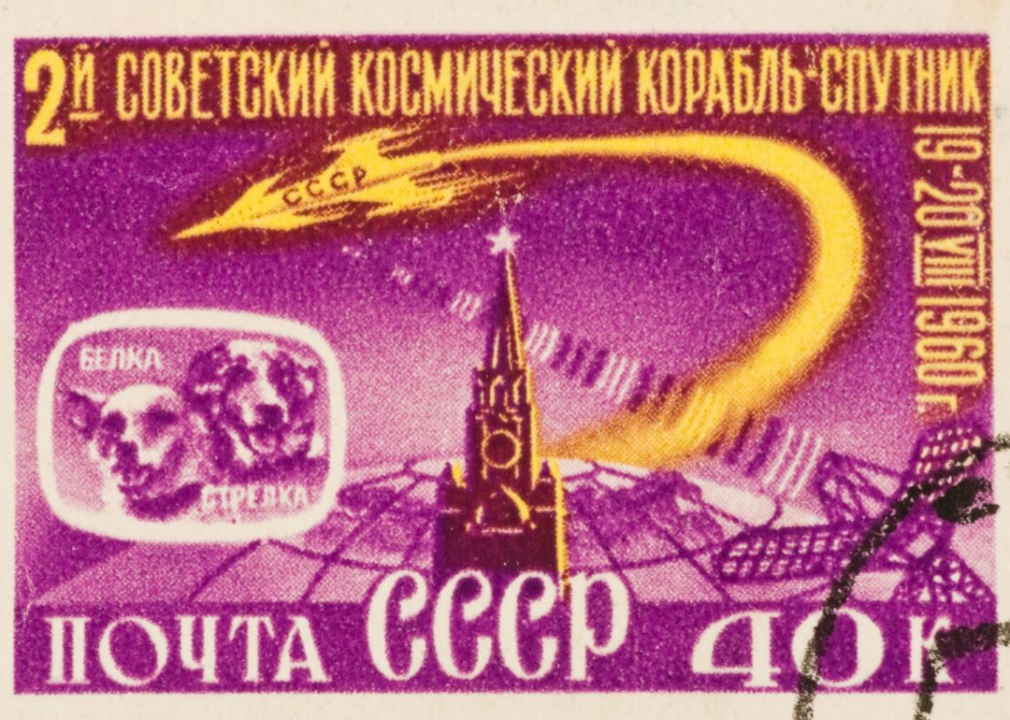 On July 26, 1954, two more dogs bearing the names of doggy cosmonauts who preceded them took to the air. Lisa-2 (the second of the “fox” or “vixen” dogs) and Ryzhik-3 (the third in his line) made the sub-orbital journey out and back safely. 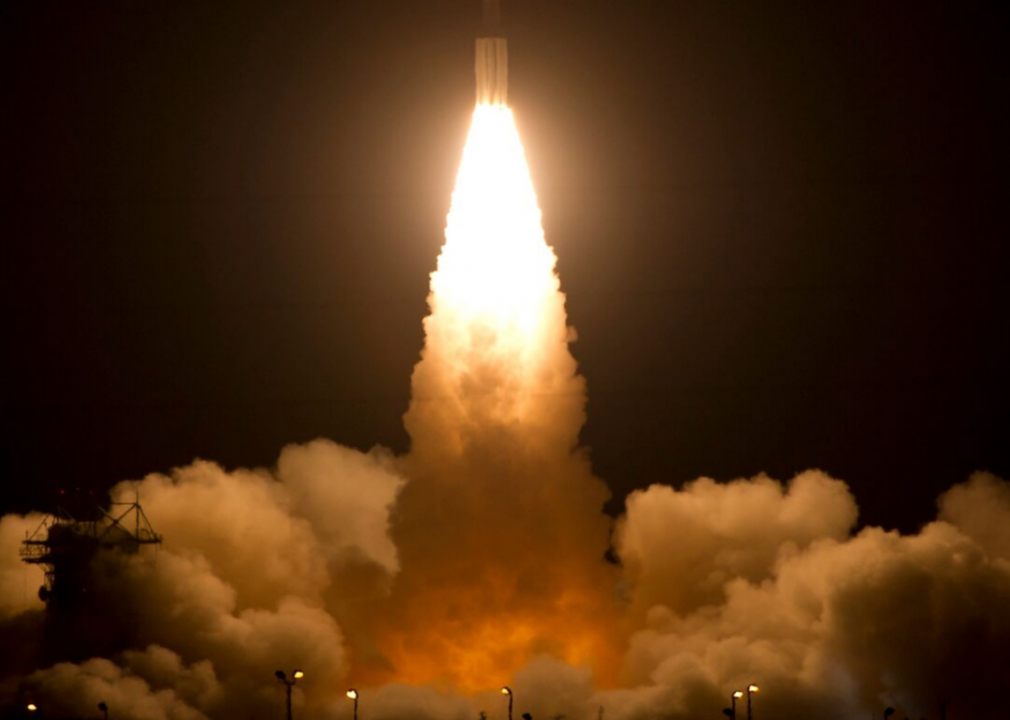 Six months later, two new furry faces joined the team. This time it was Linda and Rita in the R-1E, a launch vehicle that, besides studying animal spaceflight, was also designed for researching air composition, solar radiation, and ozone layer characteristics. Linda made it safely out of her pod, but Rita died because of the suborbital journey. 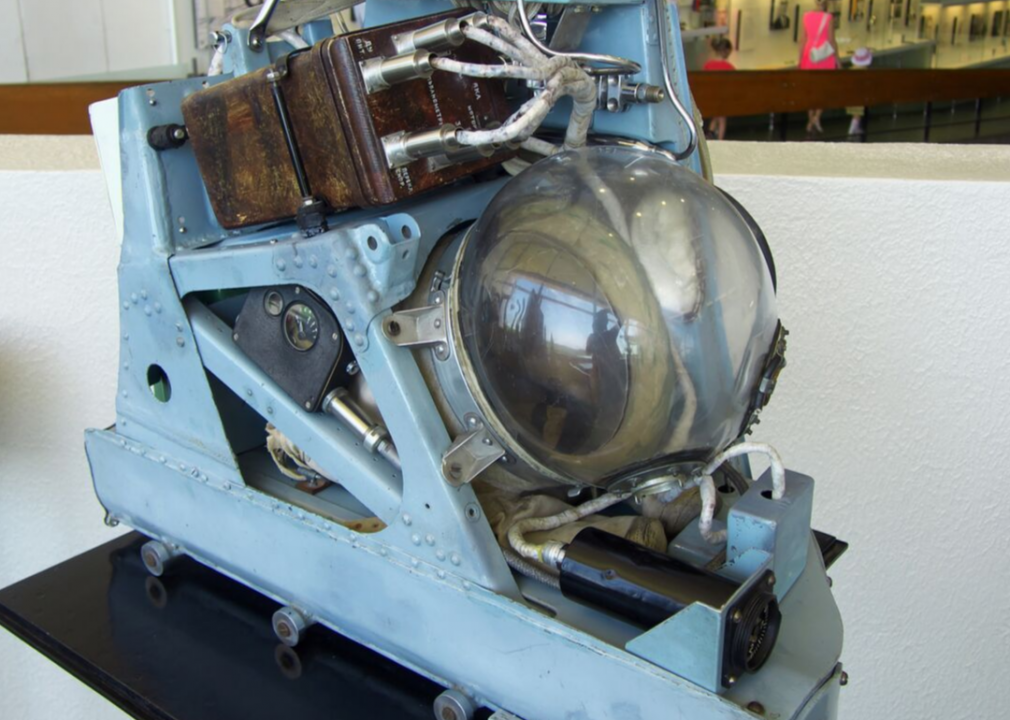 At this point, Lisa-2 was a seasoned dogmonaut. However, her Feb. 5, 1955 journey was to be her last. Joined by a recruit called Bulba in the R-1E, Lisa-2 and her companion made the launch successfully but recovery failed, and both dogs died. 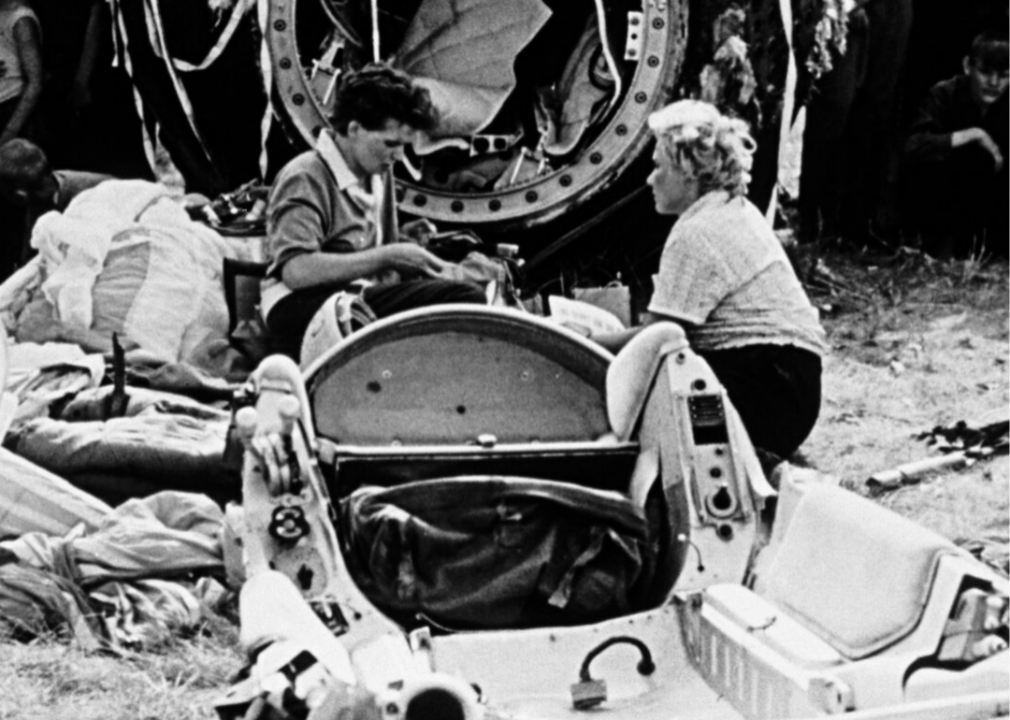 Nine months after Lisa-2 and Bulba’s doomed mission, two dogs came on board named Knopka and Malyshka, the latter of which means “baby” in Russian. In a harrowing story with a happy ending, the rocket’s parachute did not deploy, and the flight crashed, but crews found them safe three days later. 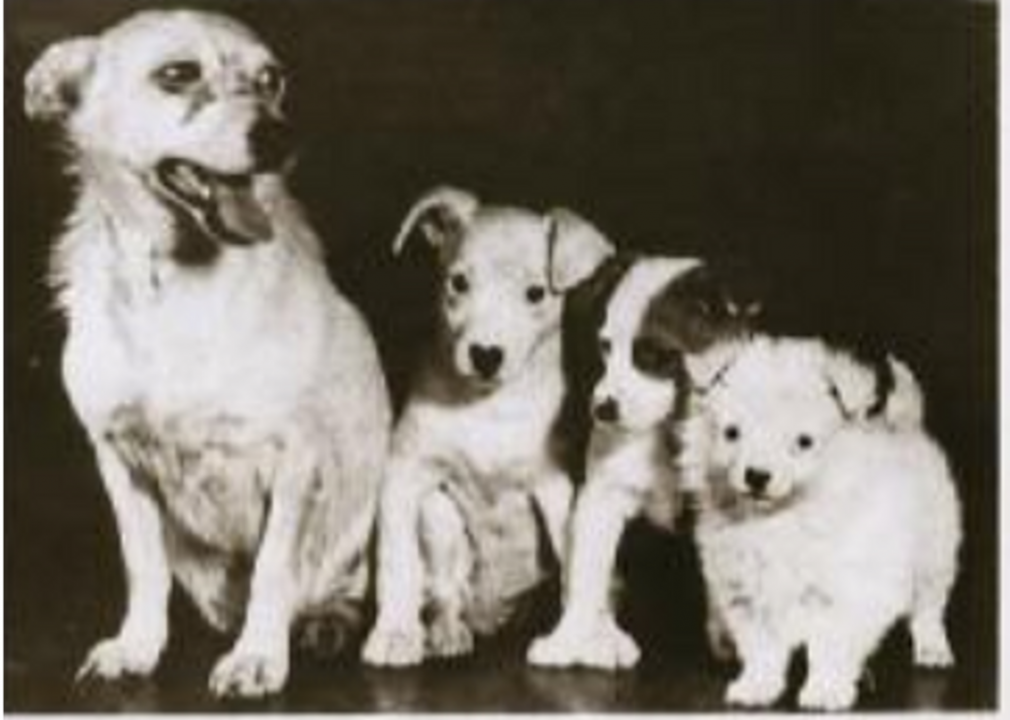 The following summer, a pair of dogs named Albina and Kozyavka were sent into space on June 7, 1956. Their mission was a success, and the two became a team who travelled together two more times, each time safely recovered from their pods. 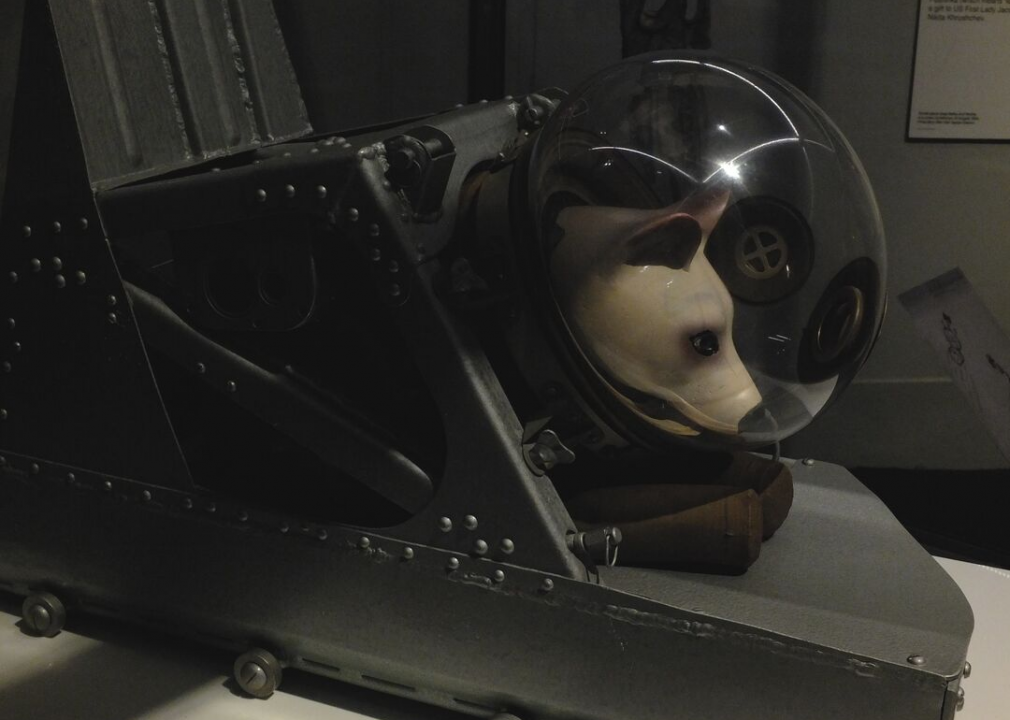 About a year after Albina and Kozyavka’s successful trio of trips, a new pair took to the atmosphere. They were Dzhoyna and Ryzhaya (“redhead”). Sadly, this mission succumbed to cabin decompression, and both dogs perished. 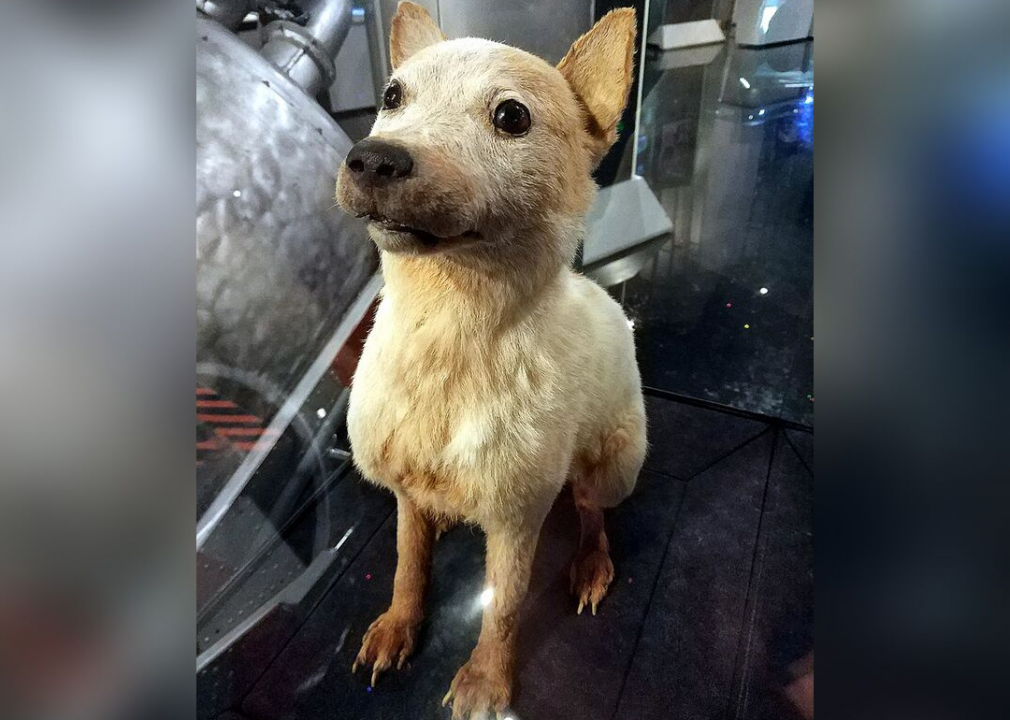 Belka, whose name means “squirrel,” and Modnitsa, a word for “fashionable,” paired up on Aug. 25, 1957, aboard the R-2A. The brave pups made it over 212 kilometres up and survived. 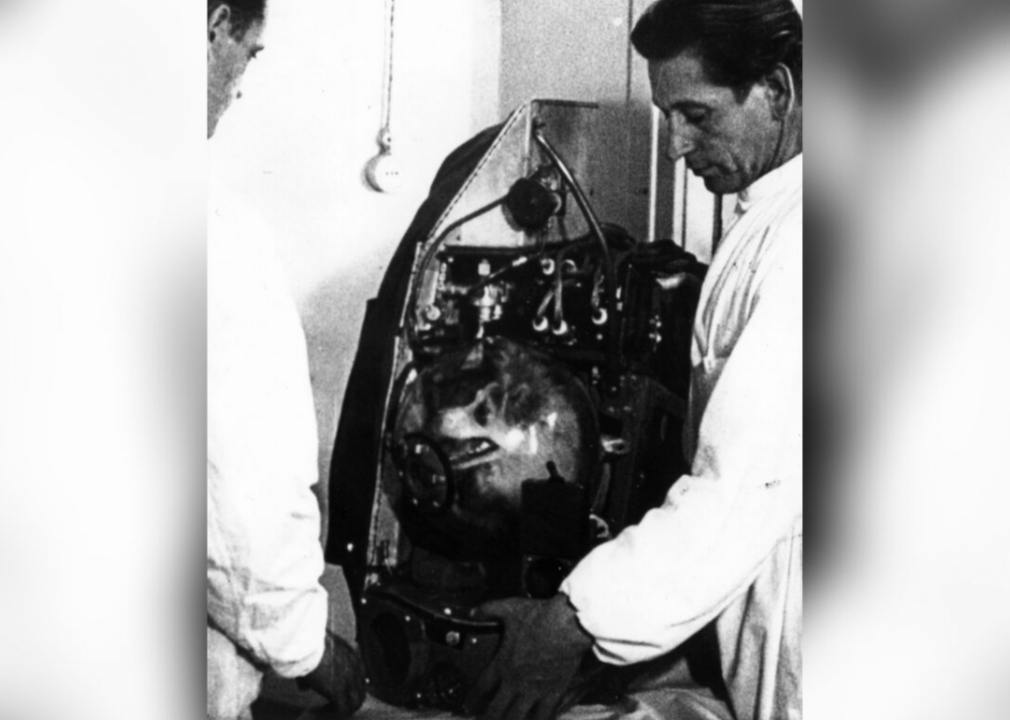 It was on Nov. 3, 1957, that a canine cosmonaut named Laika made history aboard the infamous Sputnik 2, becoming the first-ever animal to orbit the earth. The U.S. had launched monkeys in rockets, but none had made orbit. Nicknamed “Little Bug,” Laika was instantly a media sensation that American news networks began referring to as “Muttnik.” Sadly, however, the story had a gloomy ending, and the dog perished seven hours into her journey. She was dubbed a national hero. 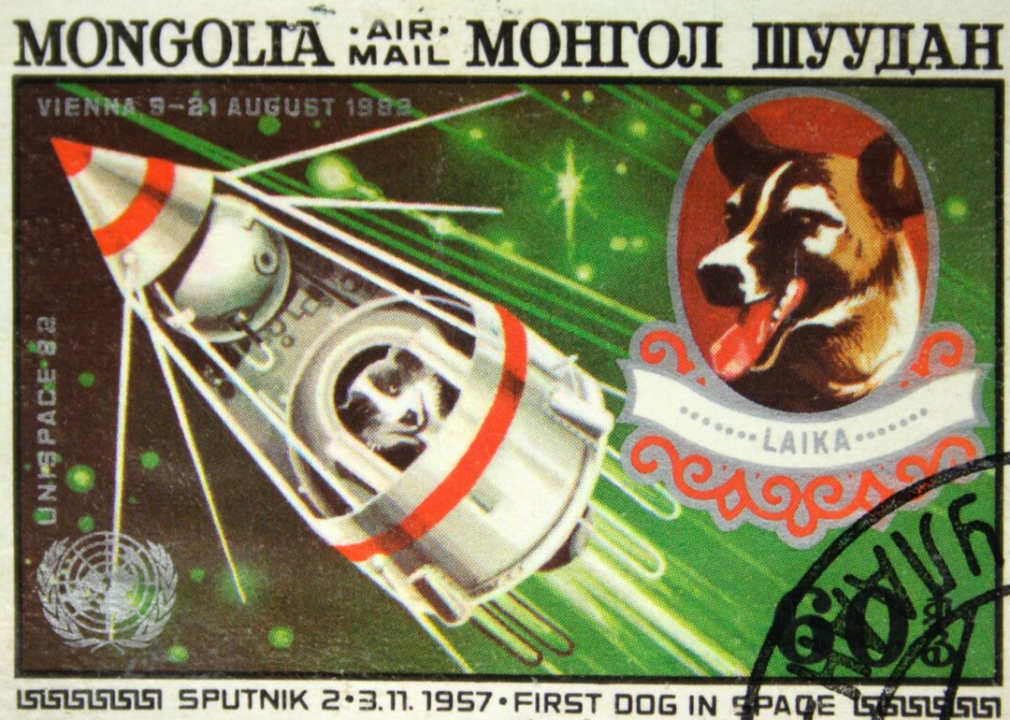 The following year, two dogs named Palma and Pushok launched a mission on Feb. 21, 1958. They made it up to 450 kilometres in elevation but experienced cabin decompression which killed them both. 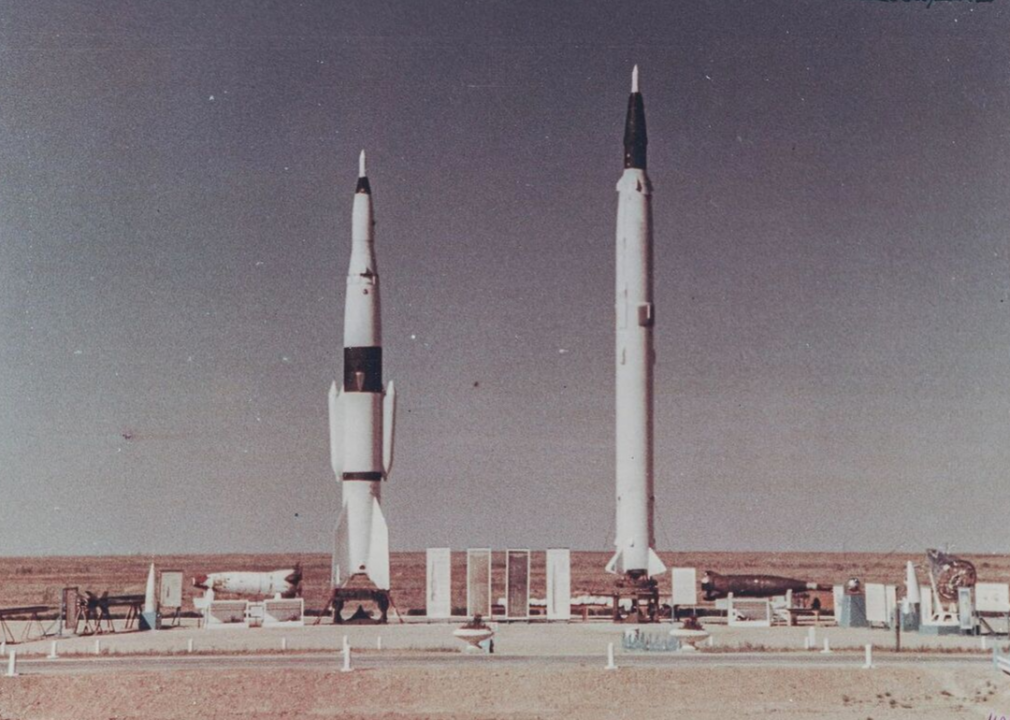 Ministry of Defence of the Russian Federation // Wikimedia Commons

The case of Belyanka and Pestraya on Aug. 27, 1958, was a much happier one. Like Palma and Pushok, this cosmonaut duo soared to 450 kilometres aboard an R-5A. However, unlike their predecessors, both were safely recovered. 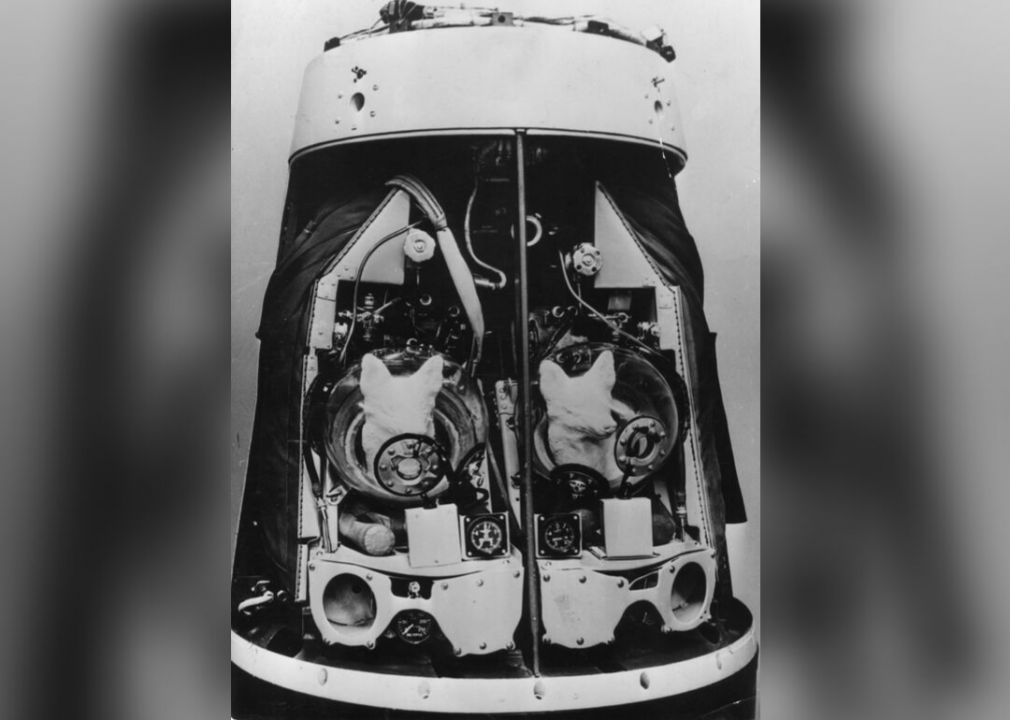 On Oct. 31, 1958, three years after the harrowing journey in which she and Malyshka were rescued three days after their crash, Knopka was again ready for flight. This time, she took to flight with a dog named Zhulba. However, their parachute failed, and both dogs died. 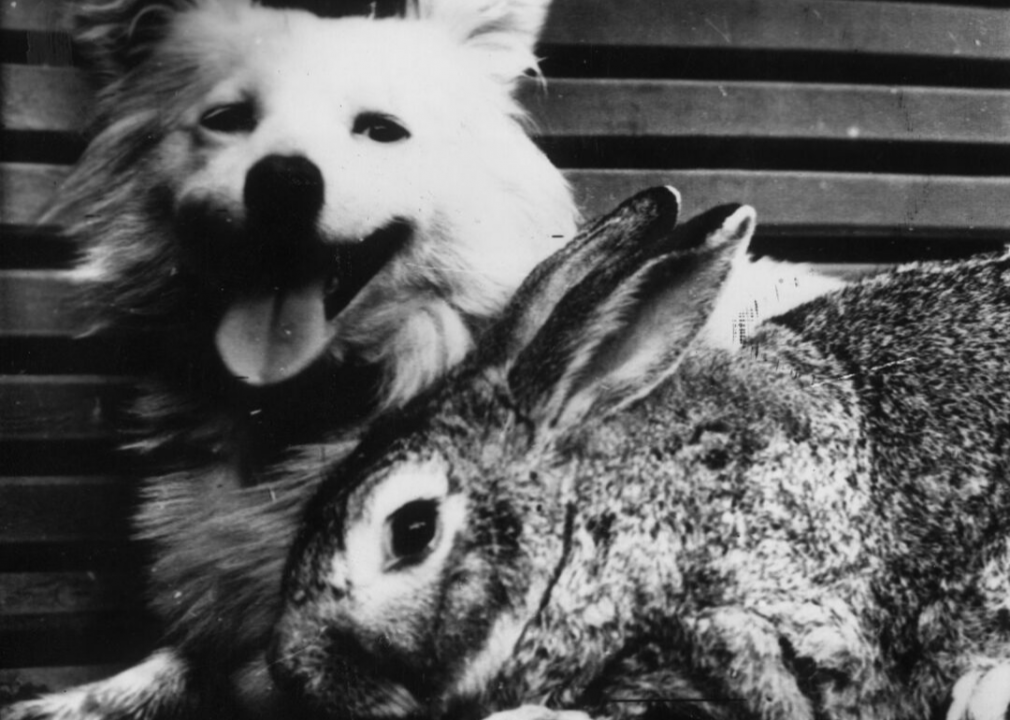 The following year, a pair of pups teamed up on July 2, 1959, on board the R-2A. Their names were Kusachka (also called “Otvazhnaya”) and Snezhinka (also called “Zhemchuzhnaya”). They flew with a rabbit named Marfusa and were recovered safely. They made the journey again on July 10, which also went off without a hitch. 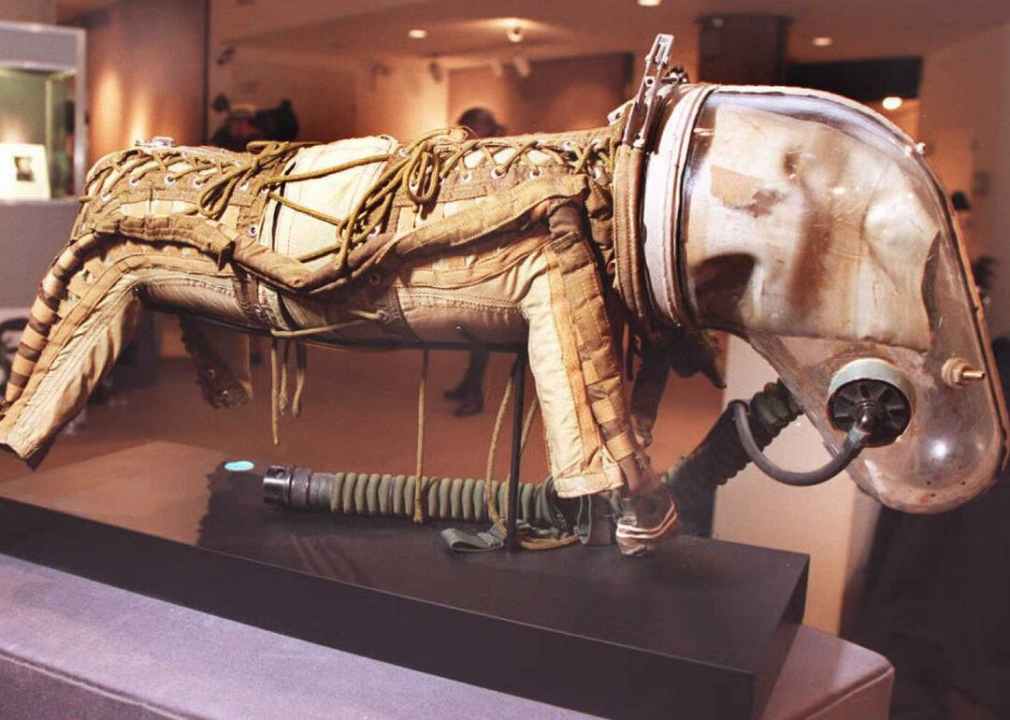 A year later, on Jun. 15, 1960, Kusachka headed back into space but without her original space companion. Instead, she flew with a dog named Malyok (“small fry”) and a rabbit named Zvezdochka (“little star”). After flying 212 kilometres, they were both safely recovered in their pods upon landing. 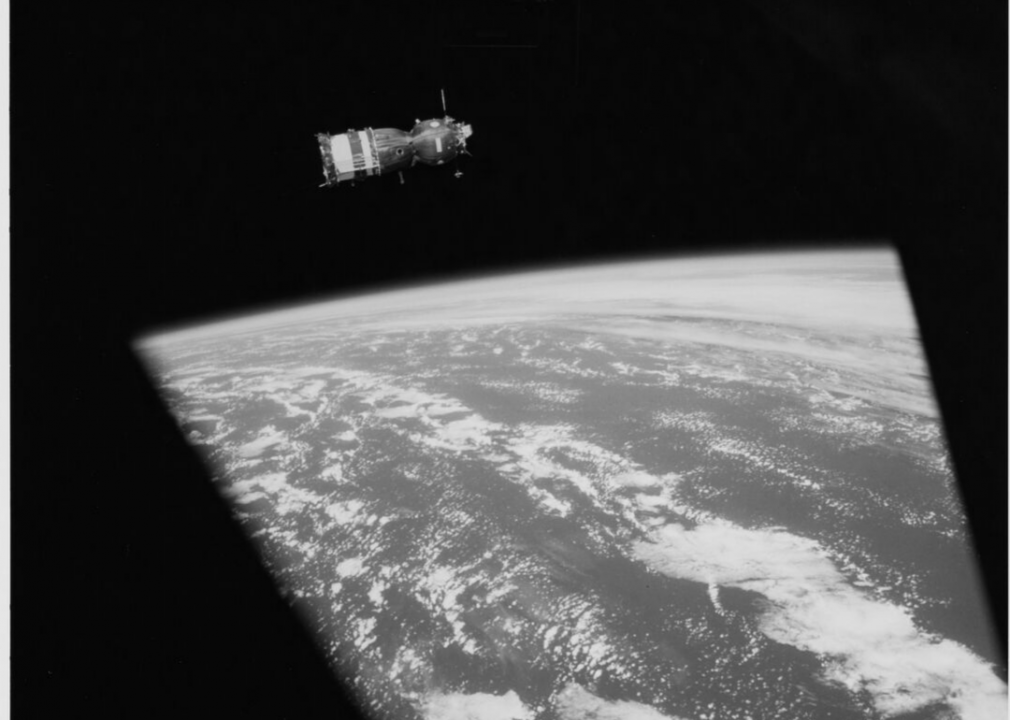 A week later, Kusachka launched yet another flight, by now becoming a seasoned pro. She was reunited with her original flight partner Snezhinka who was also racking up flights on the R-2A. After the mission, both members of the two-part team were safely recovered. In total, Kusachka would make six flights during her career. 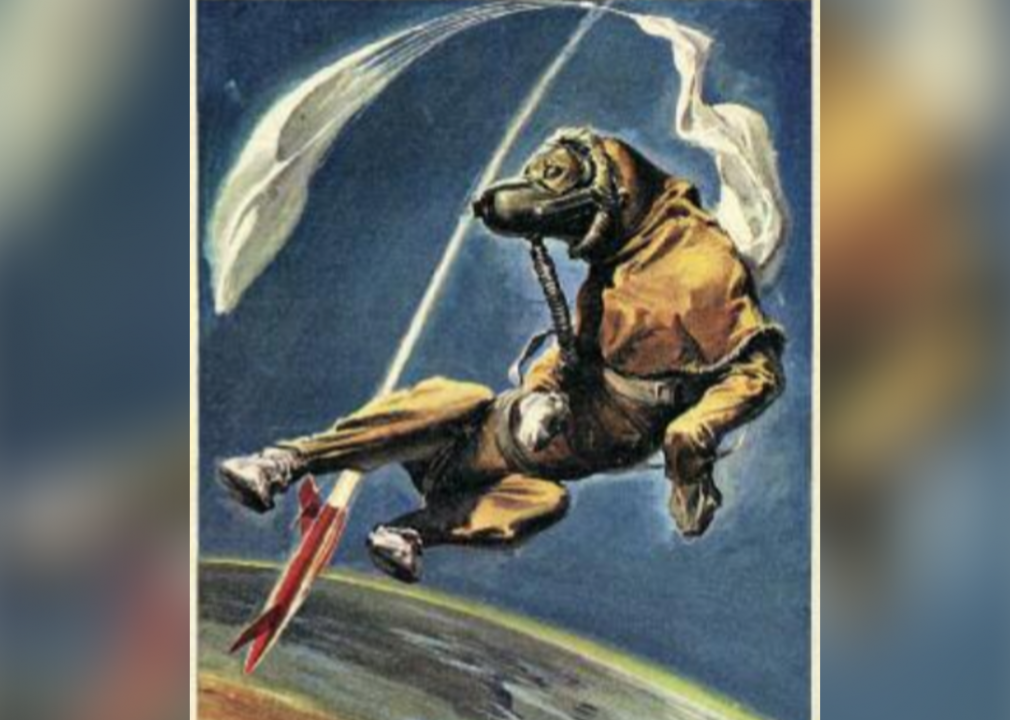 Not quite three years after Laika’s historic mission into orbit, a dog named Lisichka, paired with a pup named Bars (also called “Chaika”), teamed up to attempt it again. The flight was planned to be orbital; however, it exploded during launch, killing both dogs. 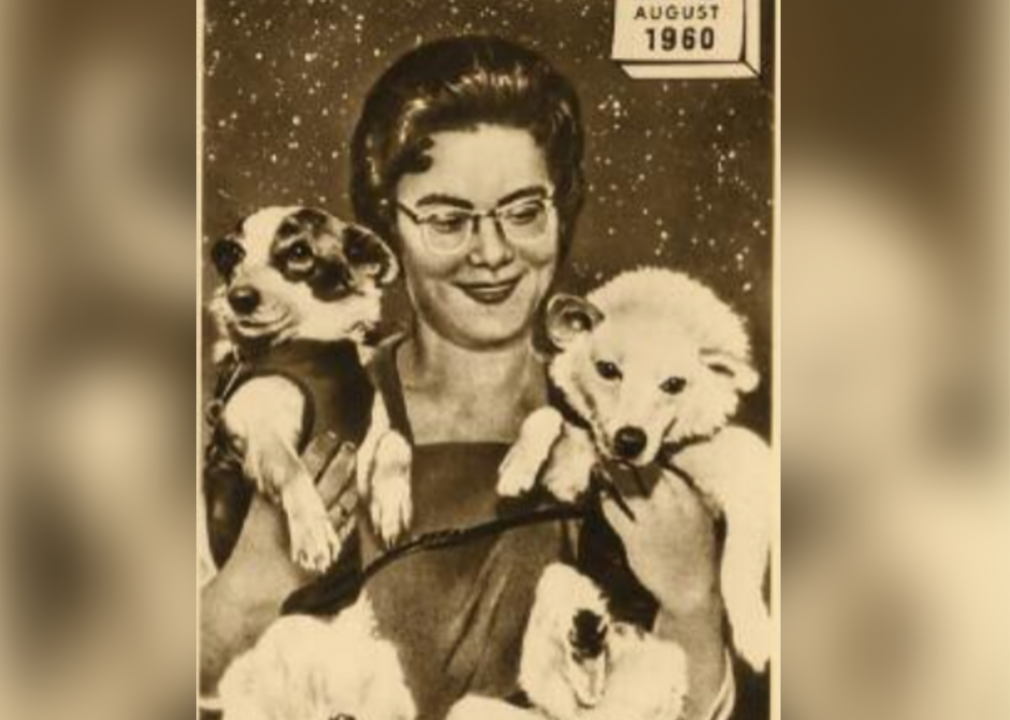 Despite the sad end of Lisichka and Bars’ flight in July, two other four-legged cosmonauts made history on Aug. 19, 1960, when they became the first dogs to orbit the Earth (as Laika had) and return home safely. Belka and Selka accomplished this feat, spending a full day in orbit. They both became famous, and Strelka went on to have six puppies, one of which was named Pushinka ("Fluffy") and given to American President John F. Kennedy in 1961. According to notes in Duncan Geere's database, “a Cold War romance bloomed between Pushinka and a Kennedy dog named Charlie, resulting in the birth of four pups that JFK referred to jokingly as pupniks.” 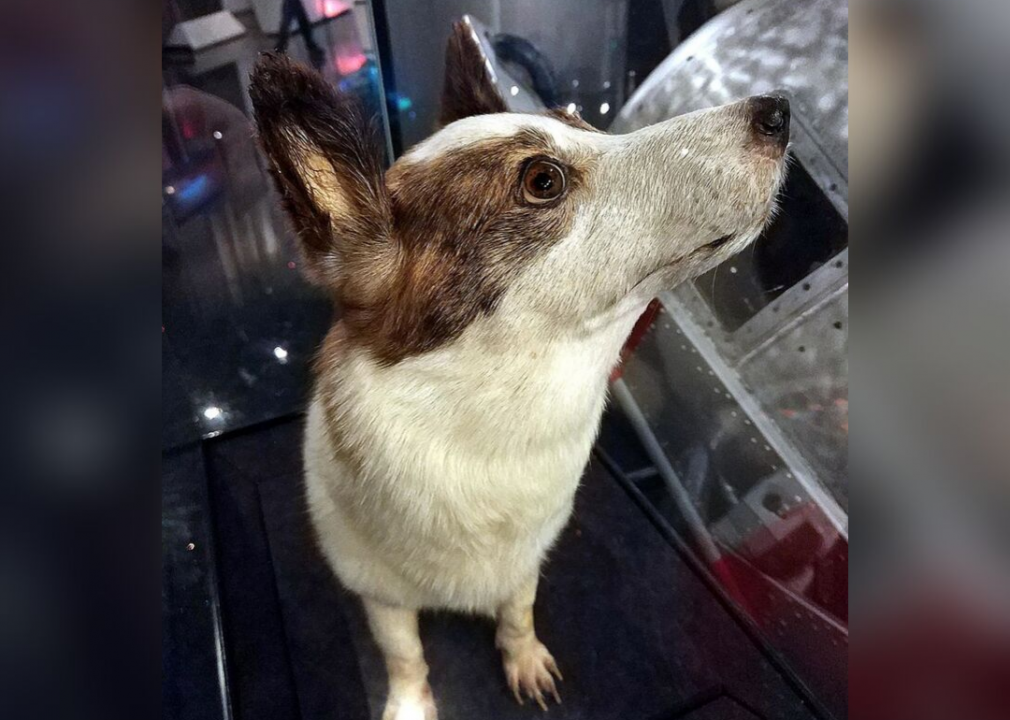 Named after the first Palma who died two years earlier due to cabin decompression, Palma-2 was launched into space on Sept. 16, 1960. With her was Malyok, the “small fry” who had become a flight veteran. The two landed safely after their mission on the R-2A. 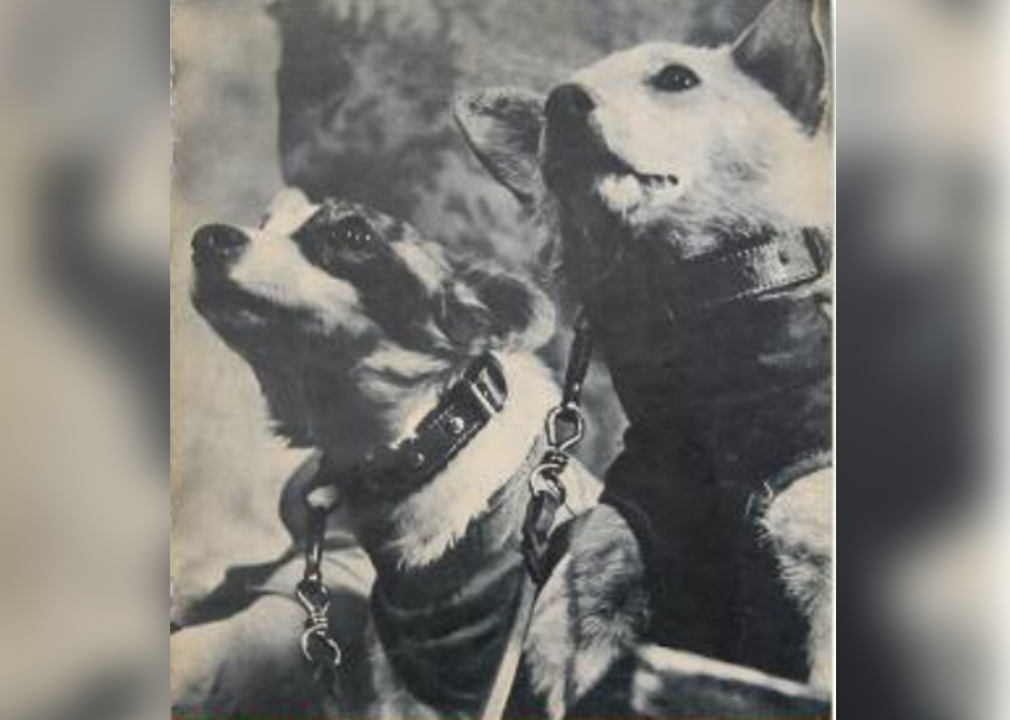 Less than a week after Palma-2 and Malyok accomplished their successful mission, Kusachka once again took to flight with a recruit called Neva. Both dogs were recovered without problems. However, some people began questioning Kusachka’s continued participation as her flights racked up. 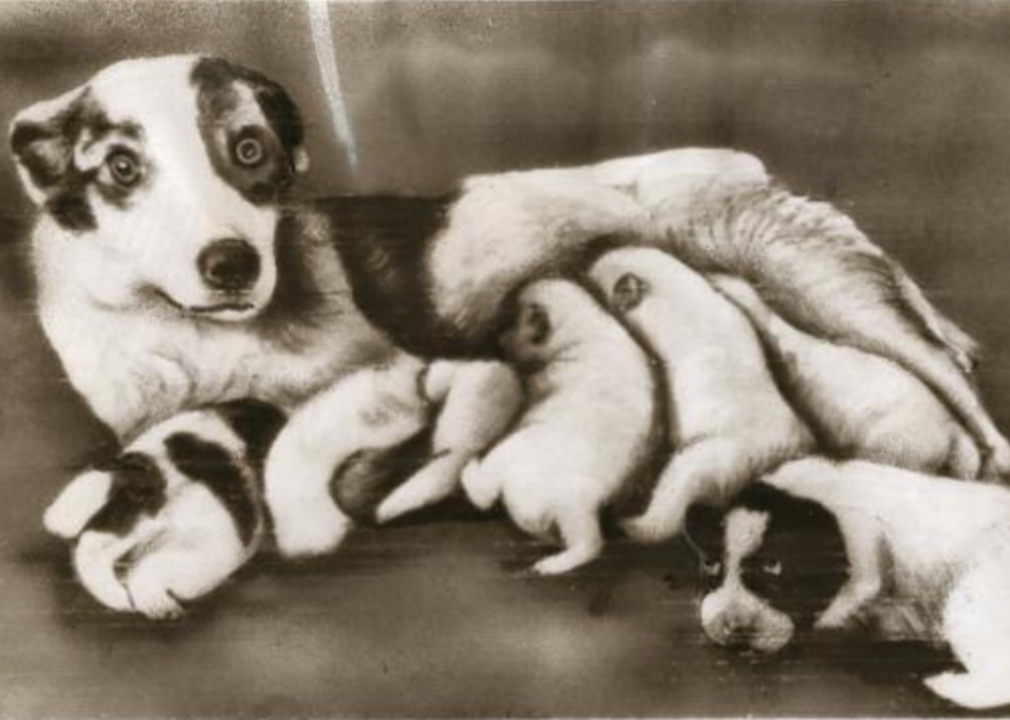 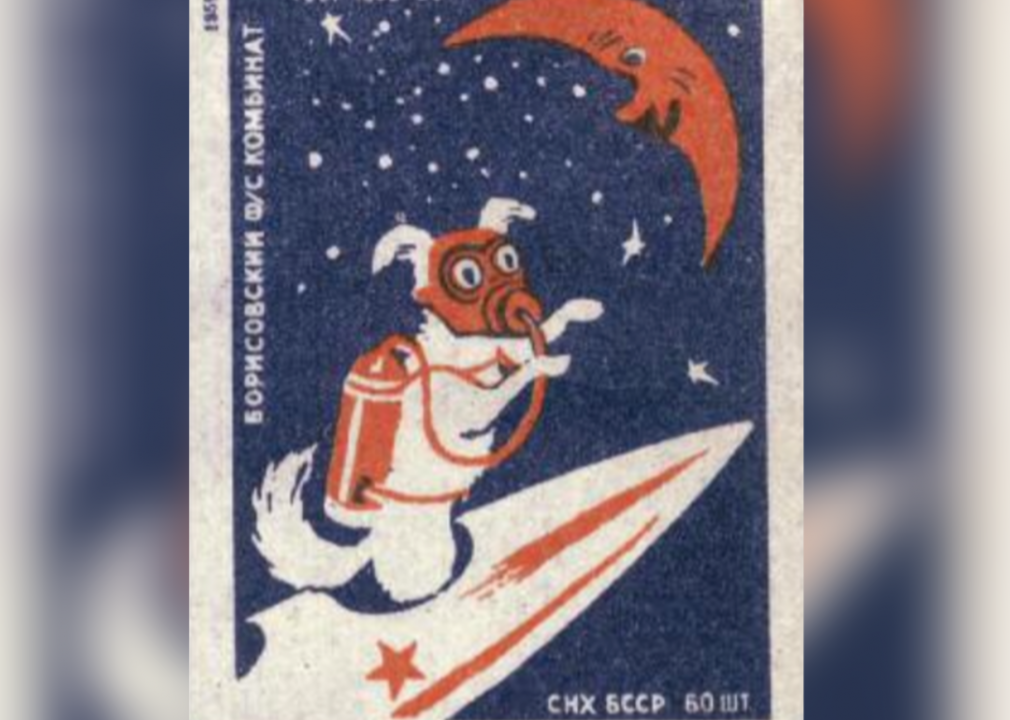 Later that month, a twosome including dogs named Shutka and Kometka were sent on a flight that was supposed to be orbital. However, the mission failed, and the dogs never made it that high. They did, however, get safely recovered. 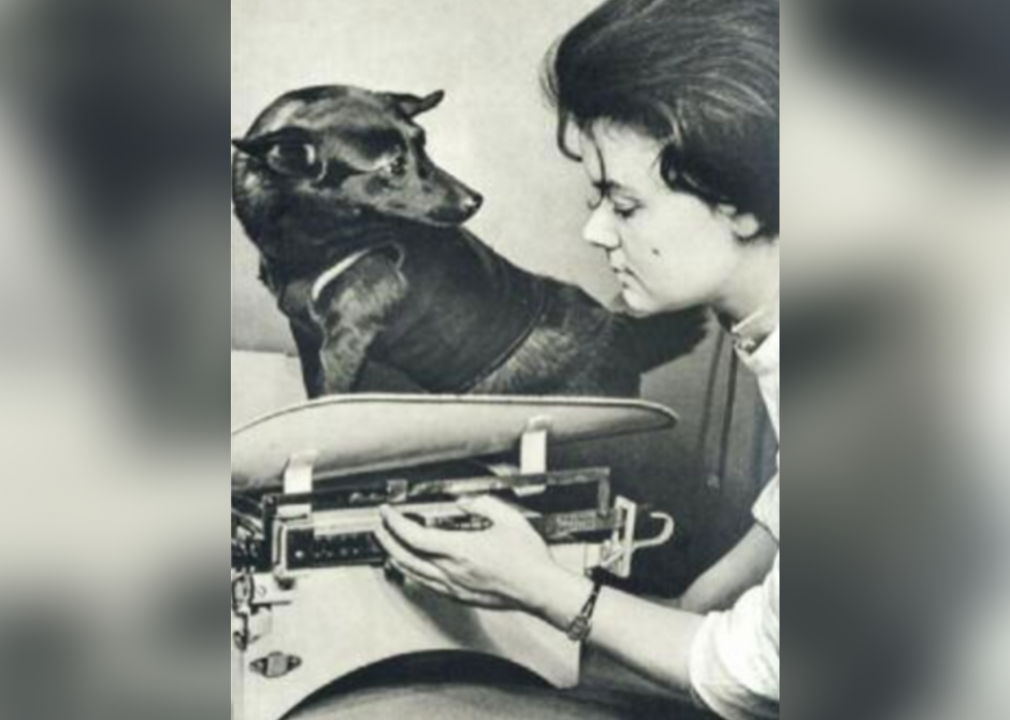 On March 9, 1961, a dog named Chernushka went into orbit with a unique travel partner. Rather than journeying with a fellow pooch, she was accompanied by a mannequin named Ivan Ivanovic. The duo flew on Sputnik 9, after which Chernushka was successfully recovered. 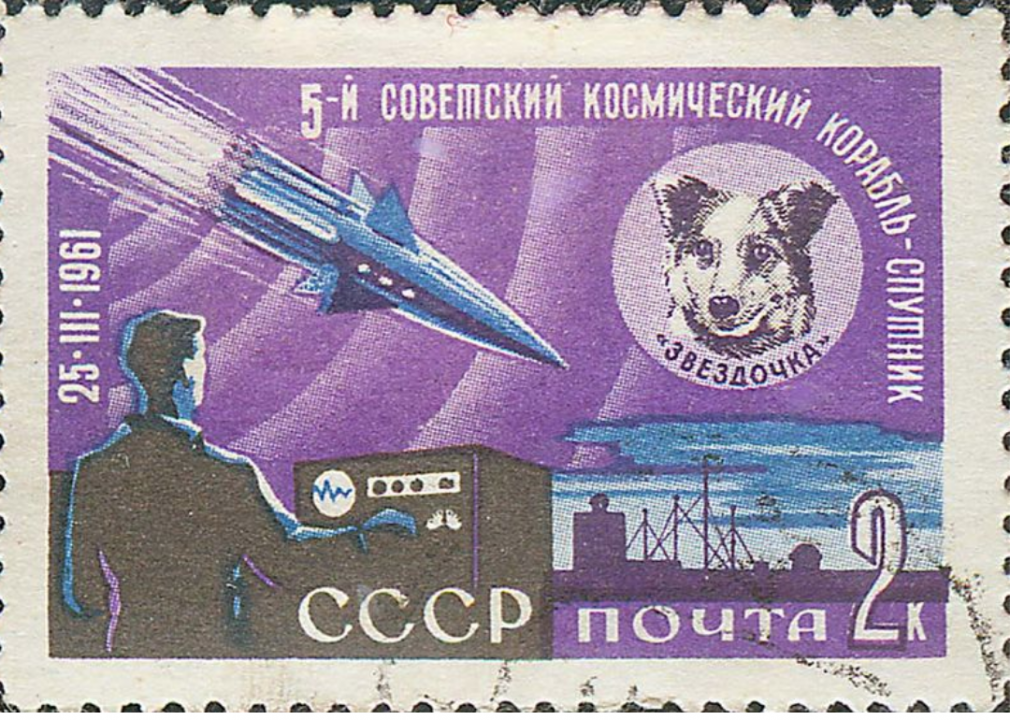 Later in March, similarly to Chernushka, a dog named Zvezdochka carried out a mission. Like her predecessor, she flew with a mannequin (Ivan Ivanovic again), made orbit, and was safely recovered. 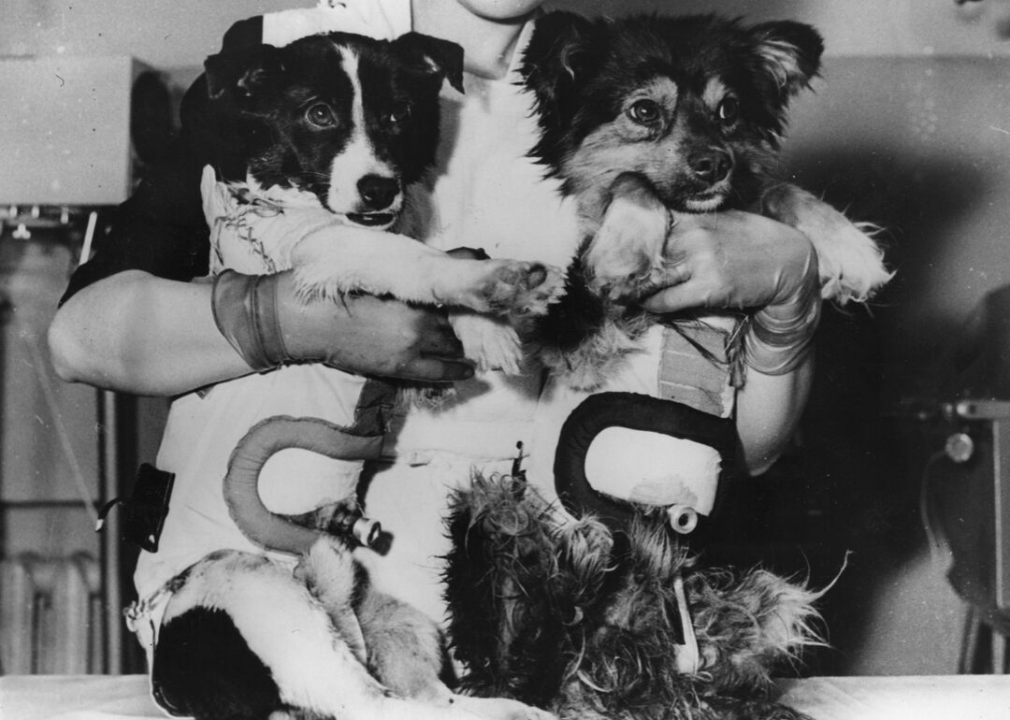 Perhaps the most successful canine space traveller story was that of Ugolyok (also called “Snezhok”) and Veterok (also called “Bzdunok”). On Feb. 22, 1966, the two dogs launched into orbit, making and surviving an impressive 22-day flight.