Burnaby father reaches out to other single dads

When Leland Dieno became a single dad to his now four-year-old son, it changed his life completely. As he describes it, he was “thrown into it,” and it was something he never expected. “My parents are still together.
May 25, 2017 4:14 PM By: Tereza Verenca 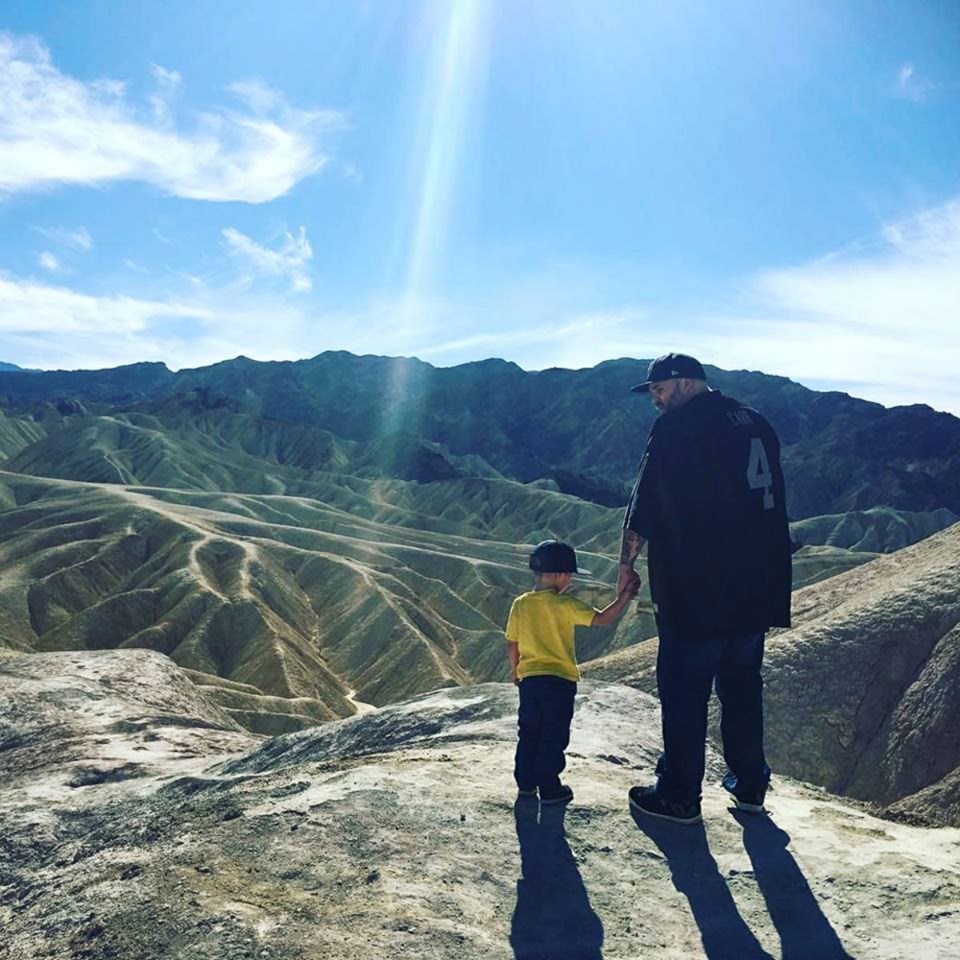 On top of the world: Leland Dieno, right, and his four-year-old son in California’s Death Valley. The pair try to go on outings around the Lower Mainland at least once a week. Dieno created Vancouver Dads as a place for single fathers to come together and talk about their feelings and experiences.Contributed

When Leland Dieno became a single dad to his now four-year-old son, it changed his life completely.

As he describes it, he was “thrown into it,” and it was something he never expected.

“My parents are still together. I grew up in that family situation,” he says.

But when the Burnaby resident searched online for resources for single parents, specifically single dads, not a whole lot came up.

Shortly after, he started the No Deadbeat Society, a global network of 30,000 dads who empower each other to be the best men and fathers they can be. Building on that momentum, Dieno recently launched Vancouver Dads. The goal is to bring men and their kids together once a month.

“I just wanted to create something local that will help celebrate the good guys out there,” says the 34-year-old. “My son and I are out every weekend, and we try to do something like explore a local lake or something like that. Quite often, it’s just me and him. I thought this could be a way to get other people involved, maybe make some friendships, that kind of thing.”

Dieno says he wanted to create a space where single dads could talk about their feelings, whether it be about their girlfriends, ex-girlfriends, wives or a custody battle.

“There’s a kind of an overarching perception that if you’re a man and you open yourself up to vulnerability, you’re showing yourself as weak,” he says. “What I thought this could be is we can get out and do stuff, go hiking or whatever we want to do, but then we could also have those conversations.”

Dieno admits he still gets looks and comments when he’s out with his son.

“It’s like, ‘Oh, Daddy’s babysitting today.’ Even if they’re in a custody situation, where they have their child every other week, they still get the same thing. It’s like no, we’re not babysitting, we’re parenting, just like anybody else,” he says.

But fatherhood has changed in some ways, notes Dieno, pointing to some advertising companies embracing the role of the father.

“The commercials you see on TV aren’t dumb dads anymore. It used be, if there was a commercial with a dad parenting, they were doing something stupid like burning the Kraft Dinner. But now it’s kind of turning around. It’s kind of just accepted now,” he says.

The first Vancouver Dads event is a beach barbecue set for Saturday, July 8. Even though a location hasn’t been announced, folks can register at vancouverdads.com/our-first-event.

Eventually, Dieno would like to incorporate other outings into the mix, including volunteering at soup kitchens in Surrey’s Whalley neighbourhood.

“(It’s) not the typical guys club where they get out and drive their trucks in the bushes. It’s (about) giving back. That’s been a big part of my journey,” he says.