A Burnaby-based non-profit that fixes up old computers and redistributes them to schools, non-profits and libraries hit a major milestone last month. The B.C.
Jun 21, 2016 11:10 AM By: Cornelia Naylor 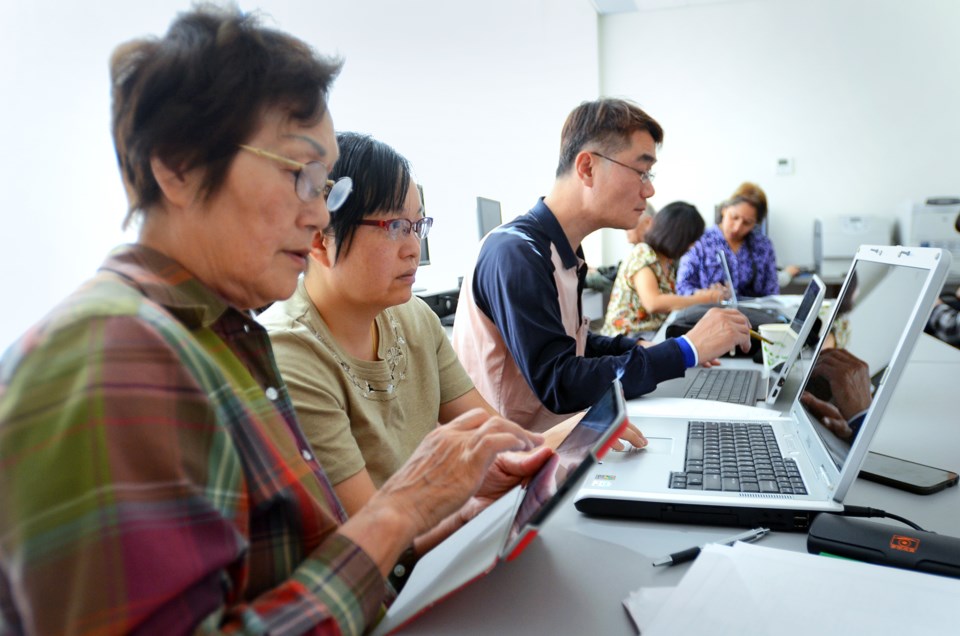 A Burnaby-based non-profit that fixes up old computers and redistributes them to schools, non-profits and libraries hit a major milestone last month.

The B.C. Technology for Learning Society has been around since 1993, and last month the organization handed out its 150,000th refurbished computer.

“It is quite a big impact when we look at waste and access definitely,” executive director Mary-Em Waddington said of her organization’s work over the last 23 years.

B.C. Tech takes in computers and related equipment donated by governments and businesses, fixes them up and redistributes them for free or at a reduced cost to schools, libraries, registered not-for-profit learning organizations and aboriginal communities.

The process doubles the life of the computers in question, according to Waddington.

“More than half of the lifetime carbon emissions of information and communications equipment can be generated during manufacturing,” reads her organization’s website. “By reusing equipment, we reduce the amount which needs to be manufactured. We also reduce what ends up in landfills or being recycling.”

For other non-profits, meanwhile, like Burnaby Neighbourhood House, the program is a godsend for other reasons as well.

“When you think about the pressures on non-profits, technology is an extremely big expense,” Burnaby Neighbourhood House program director Kimberly Barwich told the NOW.

Burnaby Neighbourhood House uses computers from B.C. Tech to run tax clinics for between 2,000 and 2,500 low-income families and individuals every year.

It also offers free computer training for people who might not have their own machines to work on.

“If you can’t navigate technology now, you are very lost,” Barwich said. “There are a number of people who are still lagging, and so we support them with clinics that they can come to free. … If you’re looking for a job or you’re trying to make it in this particular kind of environment, you really need to know how to use your technology, and it’s really hard to reach for some people.”

Besides refurbishing 680 tonnes worth of computer over the last couple decades, B.C. Tech has also provided 300 youth with paid work experience fixing computers.