Kudos to Burnaby's Ariel Jingjing Cao, who was crowned Miss Teen Burnaby in the Miss Teen Canada pageant. Cao is a Grade 10 student at Burnaby North Secondary School, and she's going on to compete at the national level in July in Toronto.
Apr 2, 2014 10:33 AM By: Jennifer Moreau 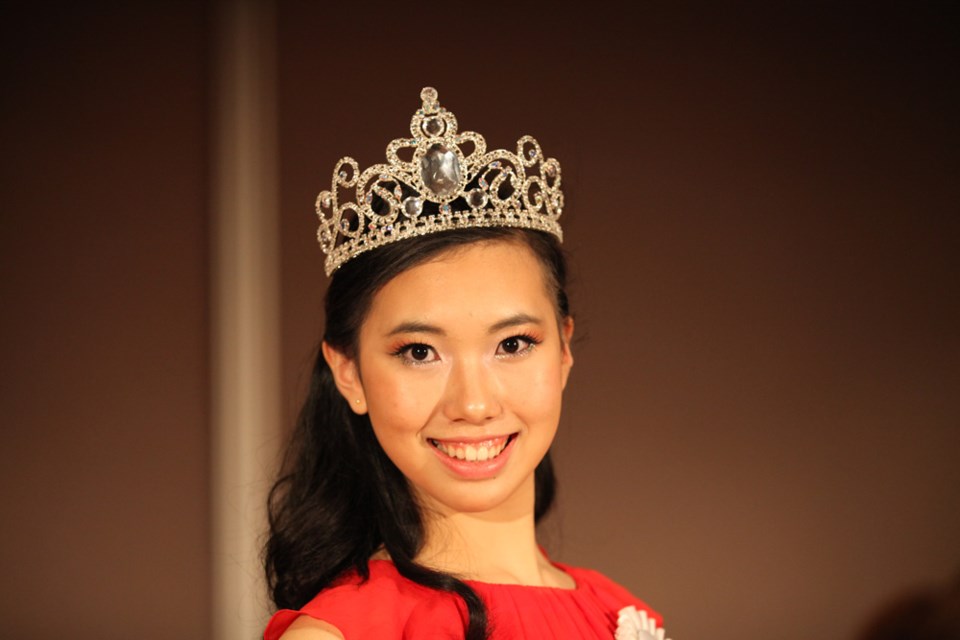 Cao is a Grade 10 student at Burnaby North Secondary School, and she's going on to compete at the national level in July in Toronto. Ariel's goal is to be a good role model for youth, and she hopes to pass on her positive attitude to inspire people to have confidence in themselves.

"My platform is to celebrate diversity in our country, and in the upcoming months I will be fundraising for Free the Children," she said. "I'm Chinese, and this is a Canadian event. I wasn't expecting to get anything out of this, and to be picked, I was just so happy."

For more information, go to her Facebook page, www.facebook.com/MissTeenageBurnaby2014.

Both Burnaby cadets earned their glider pilot licence in 2013, and they were selected to practise flying gliders. The two are members of the Air Cadet program, which is designed to foster leadership in youth, while generating their interest in the armed forces.

The Scandinavian Cultural Society is hosting a special event that highlights the resiliency of Scandinavians who lived through the Second World War.

Scandinavian-Canadians have shared some of their stories about civilian life during the war, and those tales will be displayed in print with accompanying images. There will be films and videos showing on both days, and on Saturday, from 4 to 6 p.m., there will also be a two-hour dramatic reading of the stories, with musical interludes. Admission to the performance is by donation. The event takes place at the Scandinavian Community Centre, at 6540 Thomas St.

Run Up for Down Syndrome

The Down Syndrome Research Foundation is hosting its annual fundraising run, and this year's event is expected to be bigger than ever.

More than 1,000 runners and walkers are expected at SFU's Burnaby campus on June 1 for Run Up for Down Syndrome, which includes games, kids' activities and food.

Last year's run raised $83,000 for down syndrome research and educational programs, and the foundation is hoping to bring in at least $100,000 this year.

To get involved, go to dsrf.org/runup. Registration is $25 per person, and participants should have a team of at least 10 people.