Gio Porta has his sights set on a career fighting cybercrime
Jun 23, 2018 2:35 PM By: Cornelia Naylor 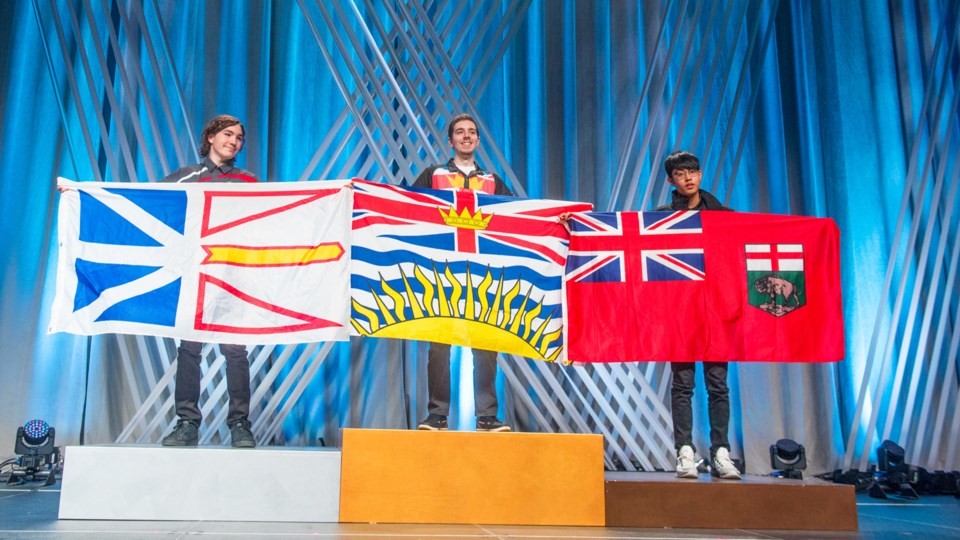 Burnaby South Secondary Grade 12 student Gio Porta doesn’t actually want to grow up to be a computer networking technician, the trade that earned him a gold medal at the Skills Canada national competition last month.

Porta wants to be a cop – but computers are all part of the plan.

He wants to work in computer forensics one day and help police catch crooks by analyzing their seized electronics or investigating their cybercrimes online.

“I’ve kind of combined my passion and, I guess, hobby with computers into my career goal with the RCMP,” he told the NOW.

His tech skills certainly seem up to snuff, but he almost didn’t take the chance to show them off at Skills B.C. or Skills Canada this year.

He didn’t even know the annual Olympic-style skills competition existed, he said, and credits computer teacher Eddie Wong for encouraging him to enter.

Porta won gold at the provincial competition in Abbotsford in April and was the only Burnaby delegate to the national event in Edmonton June 4 to 5.

The two-day competition was intense, according to Porta, covering sections on computer hardware, Windows OS configuration, networking and troubleshooting.

“They give you a ton of tasks that you have to try to complete, and they don’t expect you to be able to complete all of them, so you have to kind of prioritize and figure out what you can get by first and then you have to work on the harder tasks,” he said.

Porta is the second student from the school district’s ACE-IT computer networking technician program at Burnaby South to earn gold at the nationals. (Calvin Leung won in 2016.)

Wong, who runs the program, said he tries to schedule its content so students interested in competing get the skills and knowledge they need by the time competition time rolls around in April.

But the program’s national champions have both been students who go above and beyond.

“There are some students that study hard and they work hard in class with the material and they can be successful,” Wong said, “but what sets Gio apart and others is when you have a passion and you do things in your spare time.”

Porta hopes winning gold at the national competition will help with job opportunities after he graduates this month.

“It’s something I can put on my resume to prove my skill set and demonstrate my knowledge,” he said.

He should have plenty of time during his first semester in BCIT’s computer information systems administration program next year, since the courses he’s finishing at Burnaby South dovetail into the two-year diploma program.

Next stop after getting his diploma will be the technical institute’s forensic investigations program.