Gogos set to wrap up Power of 10 campaign 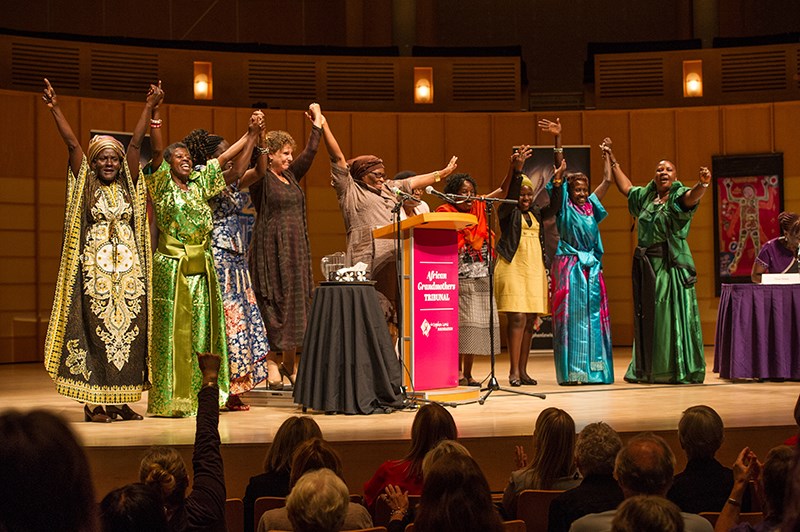 A group of grandmothers at the African Grandmothers' Tribunal held in Vancouver in 2013.Cathie Archibould/SLF

It’s been almost a year since a group of Burnaby grandmothers set out to raise $10,000 for their African counterparts.

And they’re almost there.

On March 8, International Women’s Day, the Burnaby Gogos will wrap up their Power of 10 fundraiser. The campaign, which has reached 95 per cent of its goal, benefits African grandmothers who have lost their children to AIDS and have to care for their orphaned grandchildren.

“We didn’t know what would happen because we hadn’t done any sort of online fundraising in our group before,” said Gail Roberts, a member of the Burnaby chapter. “We started off with a real bang, with lots of commotion.”

Originally, Power of 10 was aimed at all Burnaby residents, who were encouraged to donate $10. But Roberts noted the majority of the funds raised have been from friends and families of the Gogos.

“A lot of our friends took little jars to work and people dropped off their change. People used it as gifts for birthdays and Christmas,” she said. “It’s been a real success.”

The Canadian grandmothers' movement was inspired by the Stephen Lewis Foundation’s Grandmothers to Grandmothers Campaign. Lewis is a former United Nations special envoy for HIV/AIDS in Africa. The campaign was a response to the crisis Lewis witnessed on the continent. Women were burying their own adult children and taking care of the little ones left behind, with few resources and barely a chance to grieve.

Grandmothers to Grandmothers was launched in 2006, and since then, more than 240 grandmother groups have formed across Canada (the Burnaby group has 35 members). They pledge to “raise awareness, build solidarity and mobilize funds for community-based organizations that support African grandmothers and the children in their care,” according to an online write-up.

“It’s a celebration of the end of this, so everybody who has donated can come and have a piece of cake and a cup of coffee, and those who haven’t can come and donate,” said Roberts.

Once Power of 10 wraps up, the Gogos will host a new fundraiser on April 22, Earth Day, called Spring Bling. They’ll be selling gently used jewellery at the Greentree Village Community Centre, at 4295 Garden Grove Dr., 10 a.m. to 3 p.m.