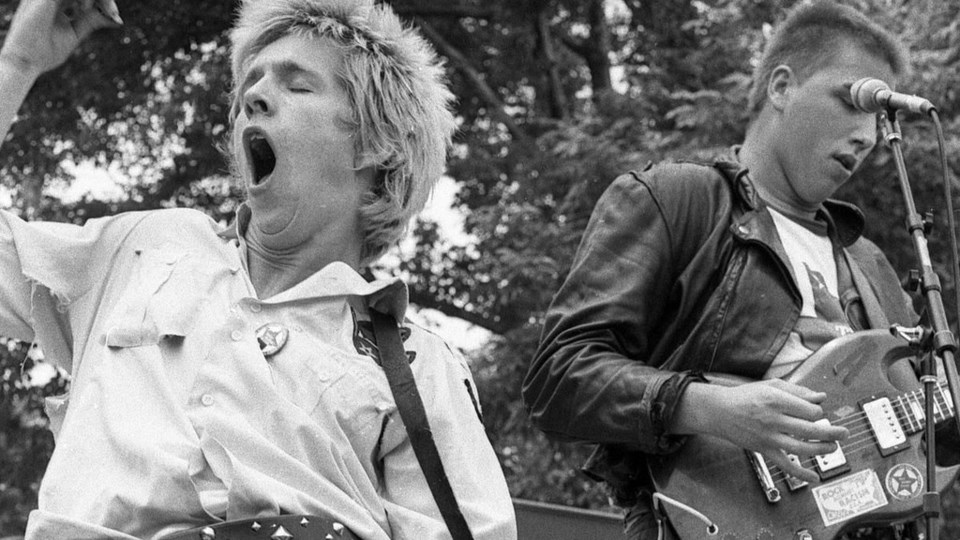 An upcoming documentary that's taking a deep dive into the life of B.C.'s favourite punk rock politician is one step closer to becoming a reality.

Now, the filmmakers behind Something Better Change just need a little help from the public.

On Thursday, Jan. 21, director Scott Crawford launched a Kickstarter crowdfunding campaign—and dropped the film's very first trailer—in an effort to drum up support for his current project, which focuses on Burnaby city councillor and punk rock legend Joe Keithley (better known to some as Joey Shithead) and his band, D.O.A.

The film, set to explore Keithley's “journey from punk to activist to activist politician and still-performing punk musician,” was first announced in February of last year.

Something Better Change finds the link between music and activism. It's also documenting Joey Shithead's run for re-election.

Keithley first gained recognition in the 1980's for his role as frontman and lead guitarist of hardcore punk band D.O.A., a group credited with helping pave the way for an explosion of similarly politically-active punk legends like Black Flag, Circle Jerks, Dead Kennedys, and Minor Threat.

"After decades of fighting against oppression, homelessness, and corporate greed via D.O.A.’s music and in his own personal life," as filmmakers explain in a release, Keithley ran for a seat on Burnaby's city council in 2018. He campaigned under the Burnaby Greens banner, which opposed the dominant Burnaby Citizens Association slate, including then-mayor Derek Corrigan. Despite a meager budget of just $7,000, Keithley won. Corrigan was voted out.

As Keithley's campaign for a second term gets underway, filmmakers are hopping aboard the ride and documenting every step. The film, titled after D.O.A.’s debut album Something Better Change, is expected to be released in August 2022—just a few months ahead of Burnaby's municipal election planned for the same year.

“Not only have I been a longtime fan of D.O.A., but Joe Keithley’s ‘David versus Goliath’ story of affecting change from within the political ecosystem is one that I think will resonate with audiences — especially given our current political climate," says Crawford in a release. "This is a film that will explore how music and activism continue to interlink, with music often serving as an introduction to social issues that inspire people to get involved and foster dynamic change.”

Crawford has previously explored  Washington, D.C.'s '80s punk scene in Salad Days (2014) and the early days of Creem, a rock magazine that launched in 1969, in Boy Howdy (2019). Producer-director Paul Rachman took a broader view of the American '80s punk scene in American Hardcore (2006).

When Crawford first approached Keithley with the idea for the documentary, "it wasn't long before I saw that we shared the same vision, we both wanted tell the same story—that punk rock activism can take on any bullshit thrown our way and create results that really make a difference in our communities," Keithley  told Rolling Stone in a statement  this week.

"When I started playing in D.O.A., I realized pretty quickly that the band was a great way to get people to listen to ideas and help to make this world a better place. Much like the band's motto states: TALK minus ACTION = 0. I'm really getting a chance to see those positive changes in real time now that I'm an elected official.”

O'Rourke: 'Joe Keithley running for office; I mean, this is one of the hardest things you can do'

In the documentary's newly-dropped teaser, fans get their first look at the impressive roster of both punk and political powerhouses filmmakers have already enlisted for the project.

“If you really believe in something, you've got to fight for it and you cannot just talk about it,” says fellow punk-rocker-turned-presidential-candidate O’Rourke in the two-minute and nine-second trailer.

“Joe Keithley running for office; I mean, this is one of the hardest things you can do.”

In addition to interviews and up-to-date footage from Burnaby City Hall, the trailer also includes a few clips of archival footage from D.O.A.'s early days.

But with just months left until Burnaby's next election cycle, there's plenty more ground for Crawford and his team to cover. And, as he explains, "time is of the essence."

Why turn to Kickstarter?

In the Kickstarter campaign's description, Crawford calls crowdfunding "an essential tool for indie filmmakers like myself."

According to the director, the communal nature of crowdfunding filters through to the filmmaking process and "allows for a type of creative freedom and autonomy that traditional investing doesn't always guarantee."

He adds, "This film is more than just a music documentary—this is a story of a man who not only fronted one of the most vital and important punk bands of the last 40 years, but has consistently maintained his commitment to working on social issues like racism, fascism, homelessness, and the environment."

"All of these are necessary to create a film we can all be proud of—but most importantly, one that tells the story of Joe Keithley and D.O.A. in a way that resonates with both his fans and documentary enthusiasts around the world," he adds.

"This is truly an inspiring underdog, DIY story that has broad appeal. We have begun production on the film with a very, very modest investment, but we need additional funds to really get the ball rolling."

Dependent on the amount pledged, Kickstarter contributors can earn themselves a slate of rewards like signed postcards, digital downloads of the film upon its completion, posters, merch, and film credits, to name just a few. Donate USD $750 or more and you'll get an autographed D.O.A. skate deck, or spare $1,850 for a guitar signed by Keithley. If you're really feeling generous, a USD $3,000 contribution will even earn you an executive producer credit.

Check out the teaser trailer below.

— With files from Dustin Godfrey/Burnaby Now

Fundraiser set up after sudden death of beloved Burnaby-New West coach and ref
Feb 26, 2021 9:46 AM
Comments