We are Neighbours - Meet Martin Leung

This article marks the second instalment in a regular monthly series between the Burnaby NOW and Burnaby Neighbourhood House.
Oct 13, 2018 6:18 AM By: Staff Reporter 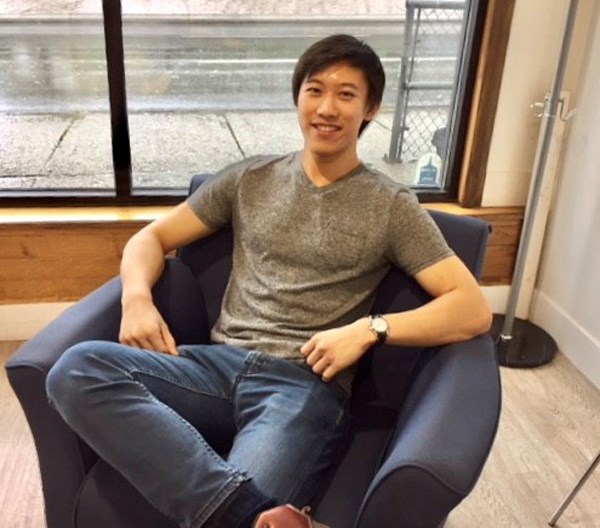 Martin Leung is a Burnaby resident.CONTRIBUTED

This article marks the second instalment in a regular monthly series between the Burnaby NOW and Burnaby Neighbourhood House. The work of the BNH is spread throughout Burnaby with two neighbourhood houses, nine licensed school-age daycares, three preschools, and a community hall and targeted afterschool programs at four elementary schools. The stories in this series will highlight the neighbours who live in Burnaby and their personal histories that will show the diversity of our city and the importance of creating a sense of belonging and helping each other.

On the way to my bus, I pass by this little building that is always full of people. One day, I saw a senior, sitting alone, gazing out the window. On a whim, I walked in and struck up a conversation with him. He told me his name was Arthur and that he was the first senior to arrive for the Digital Café. This class is kind of related to what I like - technology, computers and helping people. Arthur and I began chatting about computers and new technologies and it made me think that seniors are such unbelievable people. They have decades of wisdom, they have so much life experience and I love to listen to their stories. That day I decided to sit in on the class – it was noisy and vibrant and afterwards, they invited me to come back, so I did. I kept coming back until eventually I volunteered to help with the class.

I am studying electronic engineering at SFU and have found that working with seniors helps me to learn how to explain new concepts, break down my explanations and how to be clear in explaining new technologies. What is really surprising is that is has also helped me to be more proficient in interviews, because seniors are constantly asking unexpected questions. The bonus is that during the week, I often meet them in North Burnaby, and it makes this big city feel a little bit smaller. Suddenly I have a lot of people I know, and they know me. They make me feel welcome. Their smiles each Monday have meant a lot to me. It’s my place now.

Arriving at the age of two when his family left Hong Kong, Martin has called North Burnaby his home ever since. He credits his mom for instilling him with a love of volunteering and his Burnaby North physics teacher, Mr. Kennedy with his love of physics. Martin plans to continue as a volunteer at the North Burnaby Neighbourhood House for a long time to come – he says it makes him feel good.

The Burnaby Neighbourhood House is a charitable, non-profit organization with a unique focus on neighbours supporting neighbours. Check us out at  www.burnabynh.ca.