Lunar New Year: Eight foods that will bring in luck

Many dishes in Asian cultures are believed to bring in good luck during the New Year.

Lunar New Year is a time for friends and families to reconnect and bring good luck to the New Year. In Asian cultures, there are many dishes and foods that are symbolic for good health and wealth. 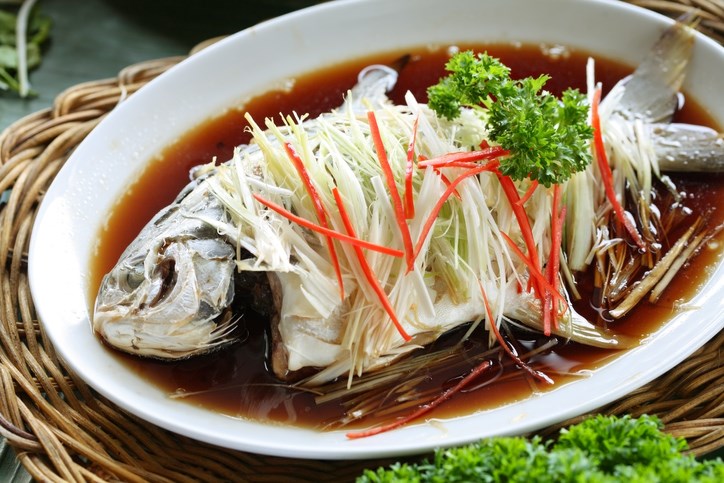 A whole fish is a staple dish for New Year celebrations in Asia. It symbolizes prosperity and brings good luck to the family for an entire year. It’s customary to serve the fish with the head and tail intact but only eat the middle part of the fish. This comes from an expression that is translated “to have both a head and a tail” which means for an individual to be disciplined and finish everything they start. 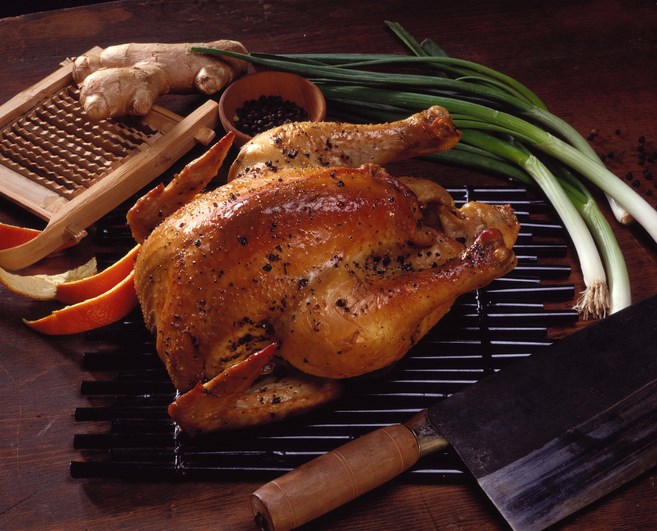 A whole chicken is also often served and represents family togetherness. Some believe a chicken also represents rebirth. Chicken is traditionally offered to deceased ancestors for blessings and protection. 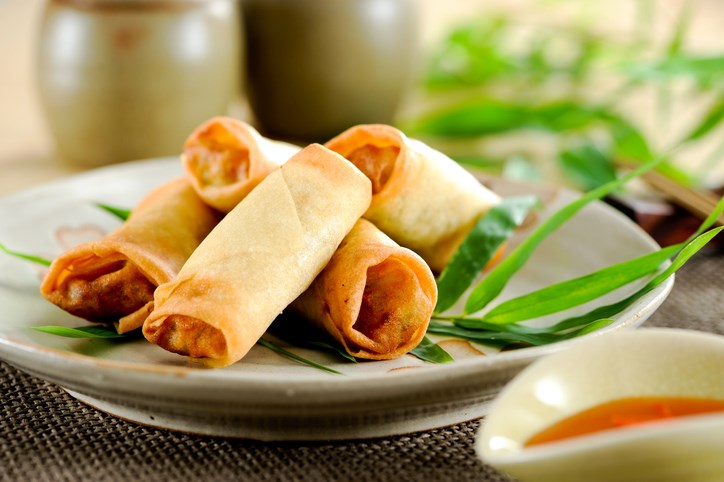 When you look at spring rolls closely, they resemble gold bars and are eaten to attract good fortune for the coming year. The Chinese name for spring rolls refers to the spring season and celebrates the upcoming spring of the New Year. 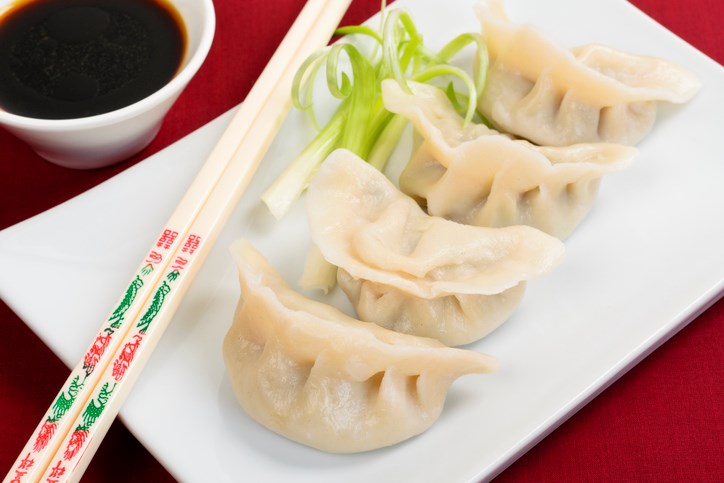 Families often wrap their own dumplings together until midnight of the Lunar New Year to signify leaving the old year behind them. The shape of a dumpling resembles Chinese gold ingots, which are oval and boat-shaped. Some Chinese families have a tradition of hiding a coin in one of the dumplings and whoever receives that dumpling will have a lucky year. 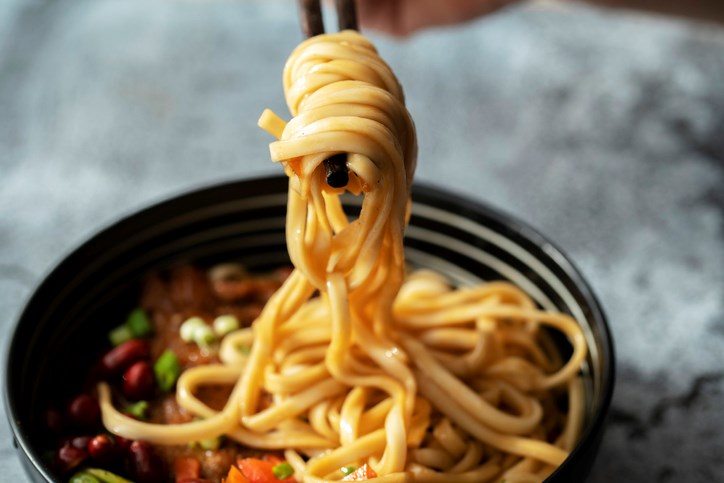 Noodles that are exceptionally long represent a long life. It’s customary to slurp the noodles without chewing them so you don’t break the noodles and possibly shorten one’s life. Noodles are also eaten on birthdays. 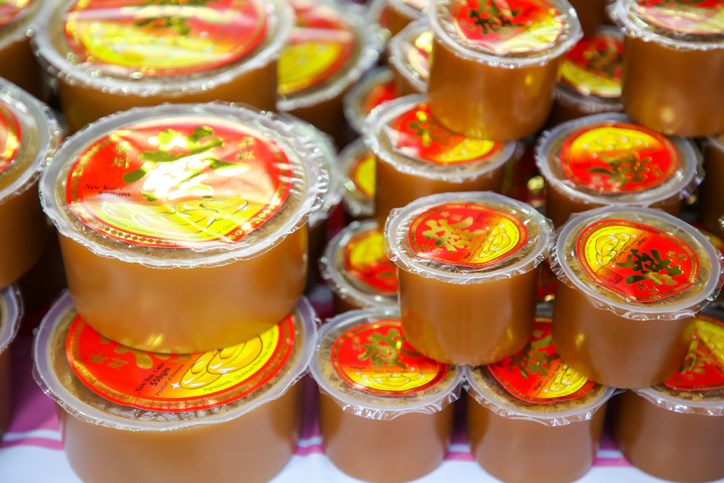 Glutinous rice cake is the main dessert eaten during the New Year. The Chinese name “nian gao” directly translates to “New Year’s cake” which also sounds similar to the words “tall” or “to grow.” Eating the glutinous rice cake is believed to help one grow in health, income, career or even height. 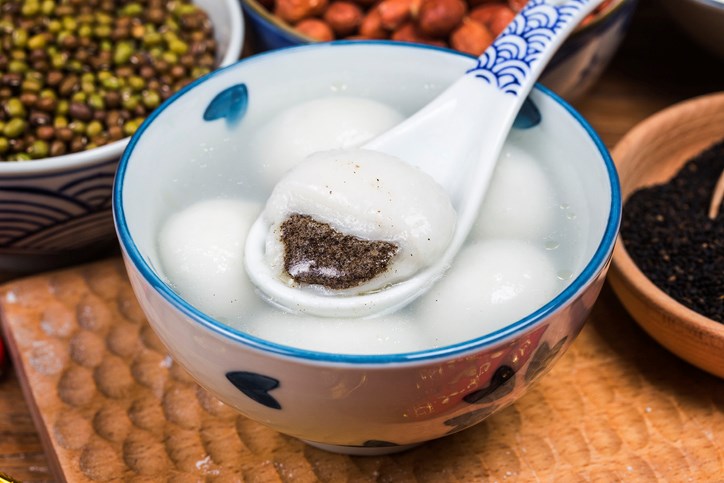 This dessert is a small round dumpling made from glutinous rice flour and is usually eaten on the 15th day of the new year. The dish is eaten for Lunar New Year celebrations because its Chinese name sounds similar to the words meaning “togetherness” or “reunion.” The rice balls are usually filled with black sesame, red bean or peanut pastes and are normally served in a bowl of warm, sweet soup. 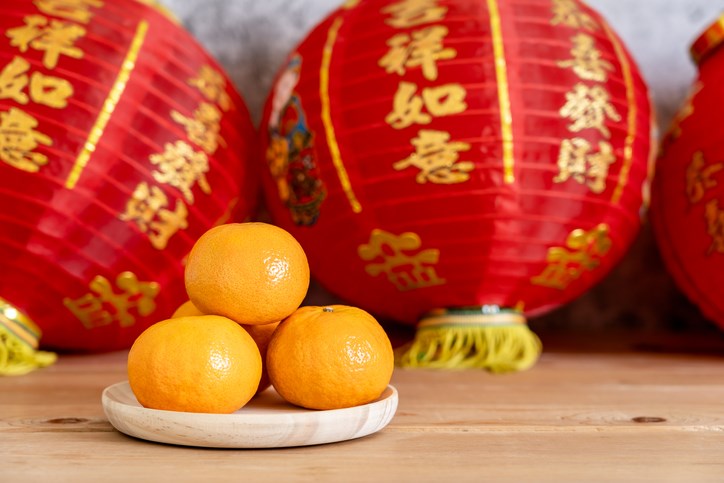 By Chattrawutt/Getty Images
There are certain fruits that are eaten during the Lunar New Year period. Any fruit that is round and golden in colour symbolizes wealth and fullness. Fruits such as tangerines, oranges and pomelos (similar to a sweet grapefruit) fall into this category. Tangerines and oranges are also believed to bring good luck, while pomelos bring in continuous prosperity.