She’s armed with a sitar and a social conscience, and she’s coming to the stage in Vancouver. Anoushka Shankar will be onstage at the Chan Centre for the Performing Arts on April 27 at 8 p.m.
Mar 26, 2019 11:04 PM By: Now Staff 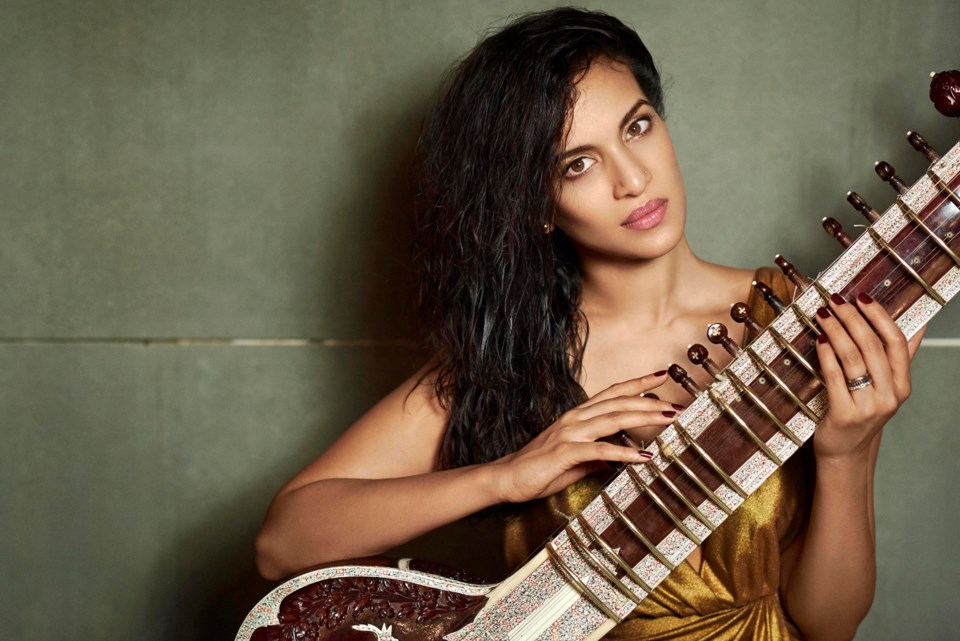 Anoushka Shankar is bringing her sitar stylings to the stage at the Chan Centre for the Performing Arts in April.Anushka Menon, contributed

She’s armed with a sitar and a social conscience, and she’s coming to the stage in Vancouver.

Anoushka Shankar will be onstage at the Chan Centre for the Performing Arts on April 27 at 8 p.m.

Shankar, whose father was the late Ravi Shankar, has earned acclaim around the world for her skills as a sitar player and composer. She’ll perform songs from her brand-new compilation album Reflections, which draws on classical ragas and contemporary cross-cultural pieces that showcase the versatility of the sitar across musical genres.

Shankar will be joined onstage by instrumentalists Ojas Adhiya on table, Pirashanna Thevarajah on mridangam, Ravichandra Kulur on flute, Danny Keane on cello and piano, and Kenji Ota on tanpura.

“Anoushka Shankar is a truly visionary artist who is also known for her commitment to women’s rights and social justice,” said Joyce Hinton, co-managing director of the Chan Centre, in a press release. “Vancouver audiences will be entranced by her impeccable musicality and captivating presence on stage. Joined by a group of extraordinary musicians on an array of different instruments, this is sure to be an unforgettable evening here at the Chan Centre.”

Shankar earned the British House of Commons Shield in 1998 and has been nominated for six Grammy Awards. She has worked with a wide range of renowned musicians since making her professional debut as a sitarist at the age of 13 – having shared the stage with such performers as Herbie Hancock, Sting, Joshua Bell and Chaka Khan and having performed for sold-out audiences at such venues as Carnegie Hall, the Sydney Opera House and the Barbican Centre in London.

Tickets for her Chan Centre show start at $46 and are on sale through www.chancentre.com. The Chan Centre is at 6265 Crescent Rd. at UBC.