Burnaby Central Secondary is getting ready to stage a classic story. The school’s theatre company is presenting the stage adaptation of the Pulitzer Prize-winning novel To Kill a Mockingbird , March 6 to 8 at the school.
Feb 21, 2019 6:35 AM By: Now Staff 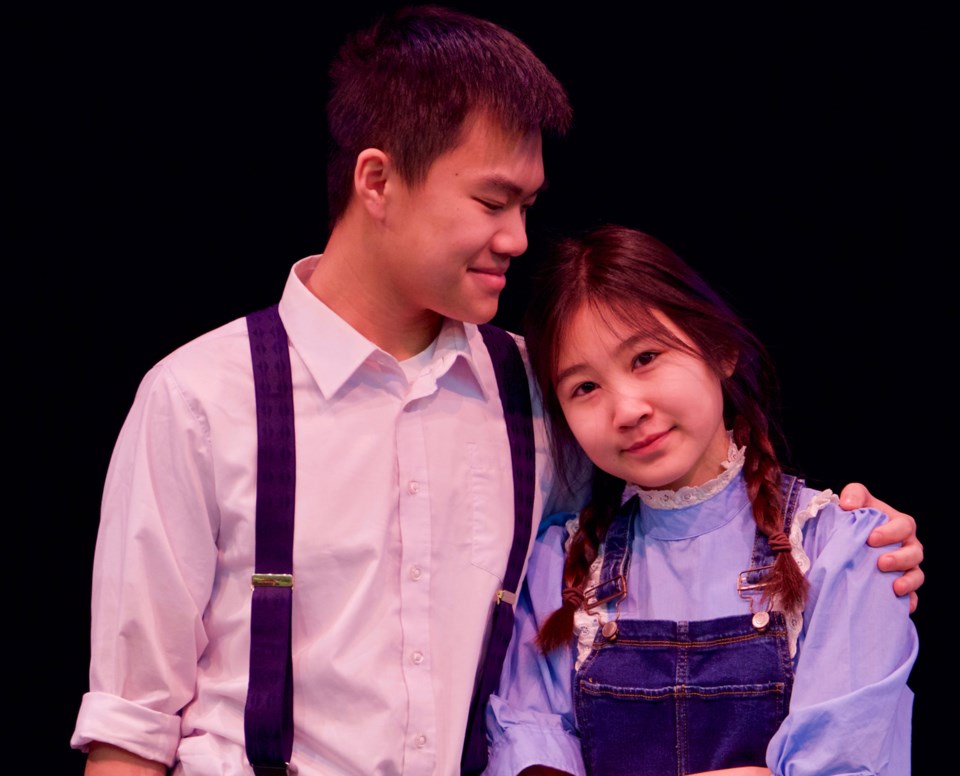 Kevin Nguyen as Atticus Finch and Solara Han as Scout in the Burnaby Central Secondary production of To Kill a Mockingbird, onstage March 6 to 8.Carol Mann, contributed

Burnaby Central Secondary is getting ready to stage a classic story.

The school’s theatre company is presenting the stage adaptation of the Pulitzer Prize-winning novel To Kill a Mockingbird, March 6 to 8 at the school.

Harper Lee’s 1960 novel, set in 1935 in the racially intolerant, rural South, is told through the eyes of a young girl named Scout, whose father, Atticus Finch – a lawyer who defends a black client – teaches her to fight intolerance and racism.

The message Atticus sends to his children - “You never really understand a person until you consider things from his point of view … until you climb into his skin and walk around in it.” – still resonates in today’s world, for teacher Carol Mann.

“Theatre has both the ability to entertain and the responsibility to provoke thought,” said Mann, who produces and directs the show, in a press release. “I couldn’t be more proud of this cast and crew for working so hard and bringing to life such a beautiful, mature and relevant story.”

To Kill a Mockingbird has been translated into more than 40 languages and sold more than 40 million copies worldwide. It was voted one of the best novels of the 20th century by librarians across the U.S., and this past fall it won PBS’s Best-Loved Novel contest, receiving more than 4.2 million votes.

The theatre adaptation has been performed across Canada, and a new adaptation opened on Broadway this past December.

The Burnaby Central production is onstage at the school, 6011 Deer Lake Pkwy., from March 6 to 8 at 7 p.m. There’s an opening night reception on Wednesday, March 6.

Tickets are $12 regular, or $8 for seniors and students. They’re available at the door (cash only) or by emailing carol.mann@burnabyschools.ca.

Parents are asked to note that the play contains sensitive language and situations, and tickets are for those aged 10 and up.