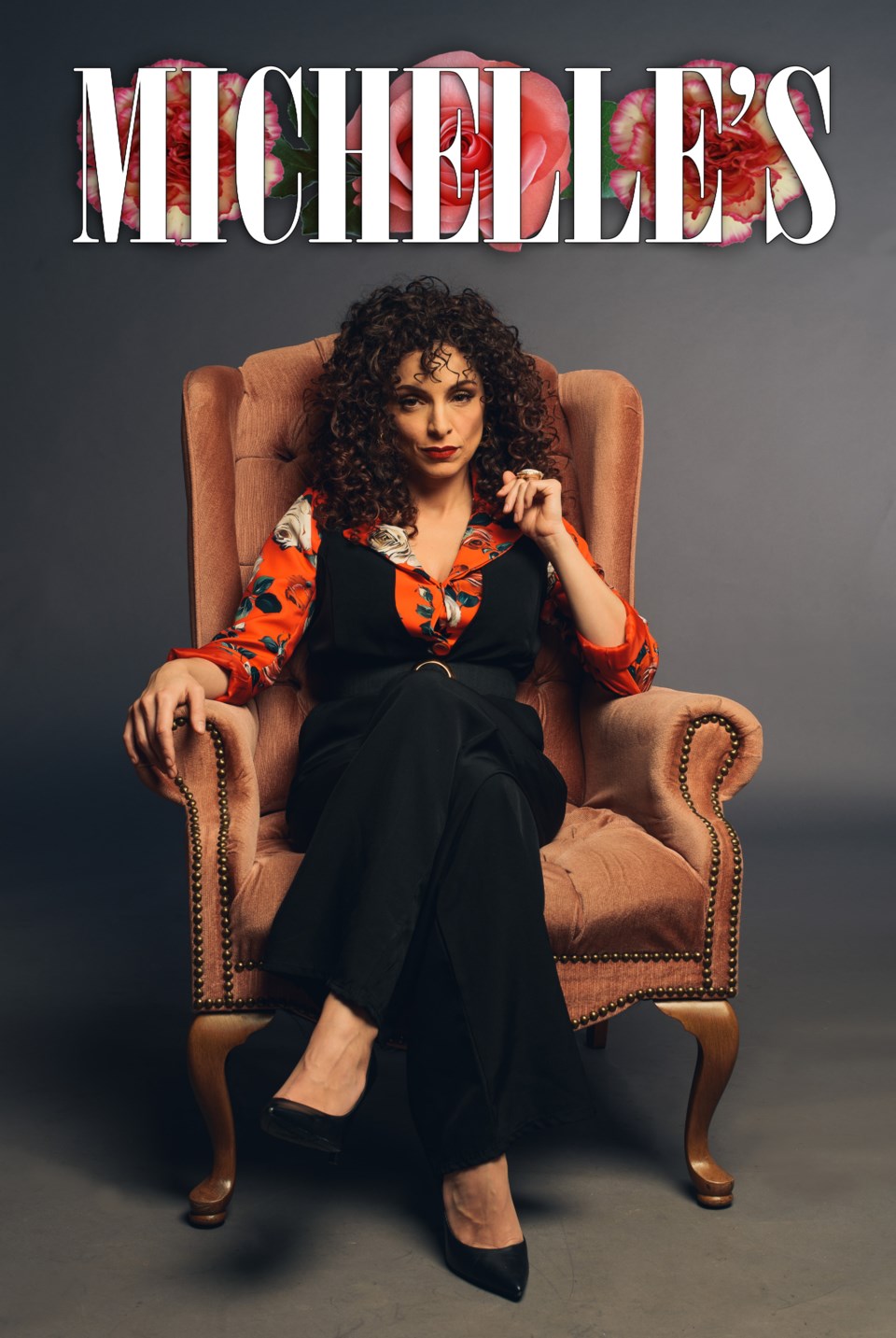 An Alpha Secondary grad is getting set to launch her latest project: a six-episode web series that she’s billing as a “Canadian soap opera.”

Angela Galanopoulos, who grew up in Burnaby, is one of the creators, writers and producers of the new series Michelle’s, alongside co-creator Andrew Barber. The show, which is set to debut on Brain Bird Productions’ YouTube channel on Jan. 31, is coming to the screen thanks to funding from the TELUS STORYHIVE program and CreativeBC.

As a press release notes, the show stars Galanopoulos as Michelle Gidard, an ambitious restaurant owner who’s the queen of late-night dining in Hope, B.C. When a mysterious man from her past, Hank Deveraux (played by Cameron Bancroft) pays her a visit, it becomes clear that he will stop at nothing in order to destroy her empire.

The press release promises the show “has all the hallmarks of a good soap (power, money, shoulder pads), coupled with fast-paced, committed absurdity, and honours life above the 49th parallel.”

Galanopoulos and Barber, who are both improvisers at Vancouver TheatreSports, have assembled a stellar cast that includes some of Vancouver’s top female comedians: Elizabeth Bowen, Ese Atawo, Diana Bang, Ellie Harvie, Amy Goodmurphy, Caitlin Howden and Clare Filipow. Canadian comedy legend Colin Mochrie (of Whose Line Is It Anyway? fame) takes a turn as Jerry, the accountant.

You can find the show at Brain Bird Productions’ YouTube channel starting Jan. 31 – new episodes will be released weekly. (A sneak peek at part of the pilot episode is available to view now.)