Perhaps it was fate that made Julia Chien late for band class that first day. Or perhaps it was just pure dumb luck.
Mar 10, 2019 10:05 AM By: Julie Maclellan 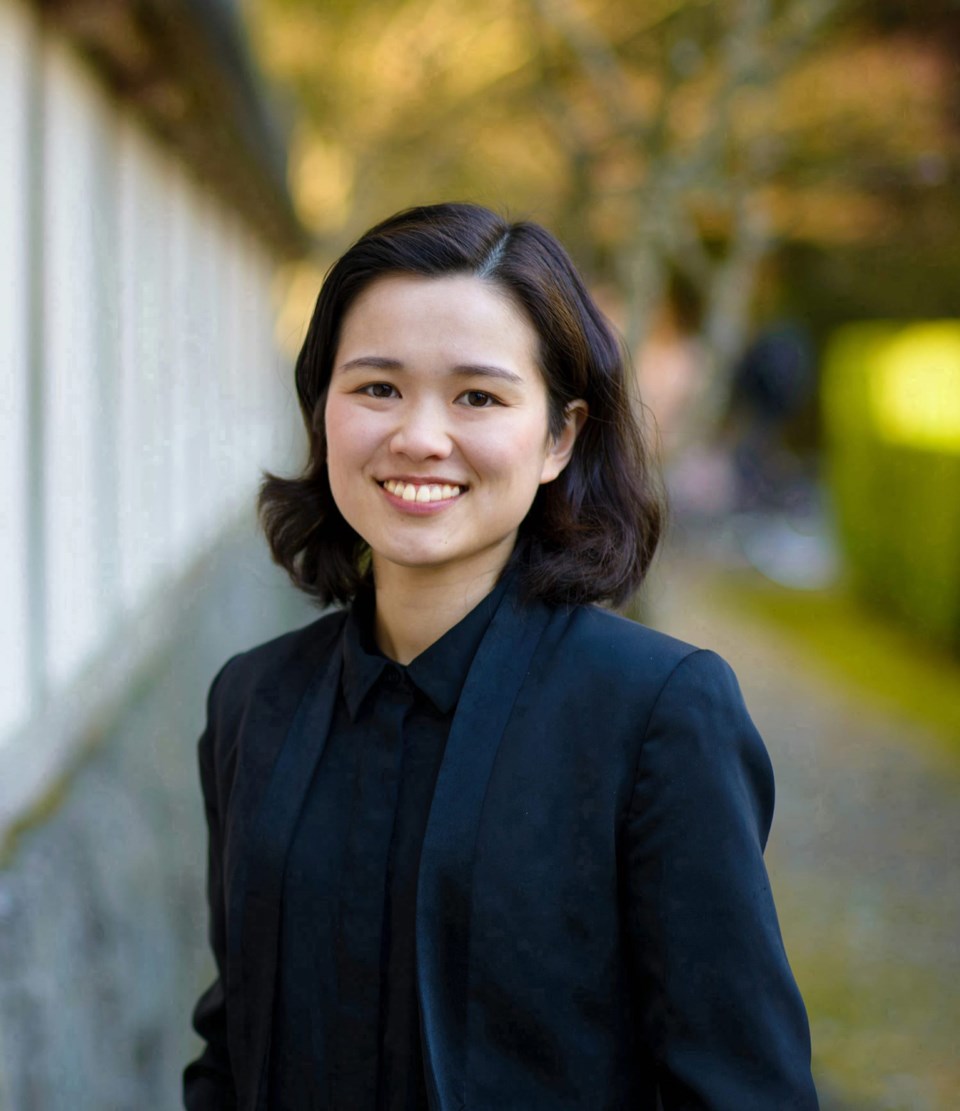 Perhaps it was fate that made Julia Chien late for band class that first day. Or perhaps it was just pure dumb luck.

Whatever it was, the stars were obviously aligning for Chien when she didn’t end up getting her first instrument of choice – that would be saxophone – back in Grade 7 at Marlborough Elementary School.

“I went to class late that day, and everyone wanted to play saxophone,” she recalls with a laugh. “The teacher said, ‘Well, nobody is playing drums.’”

So drums it was. And the now-26-year-old Chien wouldn’t have it any other way.

The Burnaby resident is a featured performer in the 32nd edition of Vancouver ProMusica’s Sonic Boom Music Festival, coming March 21 to 24. She’s one-half of the festival’s artist-in-residence percussion duo, alongside her friend Aaron Graham, and also plays with the ensemble-in-residence, the Turning Point Ensemble.

Chien and Graham will be featured in a program of new works premiering at the festival on March 23. For Chien, bringing new work to life is always a challenge, especially for percussionists. Although, she notes, percussion has been around in some form since cave man times – “it’s very primitive, in a way” – what composers are now choosing to do with percussion is evolving rapidly, and far past just banging on a drum.

“It challenges me personally, creatively, to find ways to make it work,” she says, noting one of the advantages of Sonic Boom is that the performers have a chance to work with the composers to workshop ways to create the desired sounds.

Much of the work she does with Sonic Boom is what she characterizes as “finding new ways to play old instruments.”

That’s one of the challenges she loves about contemporary music, she says – that, and the fact that she doesn’t have to stare at bar after bar of rest in her score the way she does when she’s playing, say, Beethoven.

“I love new music because it challenges me creatively, to be continuously playing,” she says.

One of the Sonic Boom highlights, for Chien, has been working with composer-in-residence Rodney Sharman on his new piece for glockenspiel and vibraphone, with spoken voice, Everything Is Vanishing.

“That piece really explores the different colours of both instruments, the harmonies and everything,” she said, noting it looks deceptively simple on the page but is full of nuance. “It’s a very challenging piece. The attention to detail for that is really something.”

While Chien enjoys the challenge of performing contemporary works, she also remains a fan of classical orchestral music.

Since graduating from Burnaby Central Secondary and pursuing her music degree at the University of British Columbia, she’s made sure to explore her options in all musical worlds.

After her UBC graduation, she played in the National Youth Orchestra, which opened her eyes to the possibilities of both orchestral and chamber music, and she’s been continuing to do both – along with solo work – ever since.

Among her career highlights so far, Chien lists the chance to play timpani with the Vancouver Symphony Orchestra, under the baton of Bramwell Tovey – a performance she calls “terrifying and awesome.”

She also enjoyed a tour to Asia with Turning Point last summer, which gave her a chance to perform in Singapore, Beijing and Taipei. Travelling to Taipei had special meaning for Chien, who was born in Taiwan and lived there until she moved to Canada at age four. Returning as an adult, then having a chance to collaborate with musicians from a Chinese orchestra and learn Chinese orchestral percussion, was a particularly memorable experience.

Back on Canadian soil, Chien is continuing to take auditions for orchestral jobs and freelance gigs both in the Lower Mainland and farther afield. In 2017, she held the principal percussionist position with the Saskatoon Symphony Orchestra, which meant a lot of time on airplanes. Now she’s the timpanist with the Kamloops Symphony Orchestra, which means plenty of hours back and forth on the Coquihalla.

This spring, she also has the chance to be part of the Emerge on Main: Spotlight on Rising Musicians series, which will see her take to the stage on April 23 at the Fox Cabaret.

Being a professional percussionist isn’t always the easiest life, she admits, but she says there are always jobs out there – as long as she’s willing to travel and keep an open mind.

“It’d be cool to do a little bit of everything. I’m not 100 per cent set on a specific thing,” she says. “I like that it keeps your options open.”

Tickets: $20 general, $15 for students, seniors and artists. Festival pass to all four events: $50. Buy through www.brownpapertickets.com.