Six months after it went dark in the face of COVID-19, Metro Theatre is opening its doors again - with new pandemic protocols and limited seating
Sep 24, 2020 1:17 PM By: Now Staff 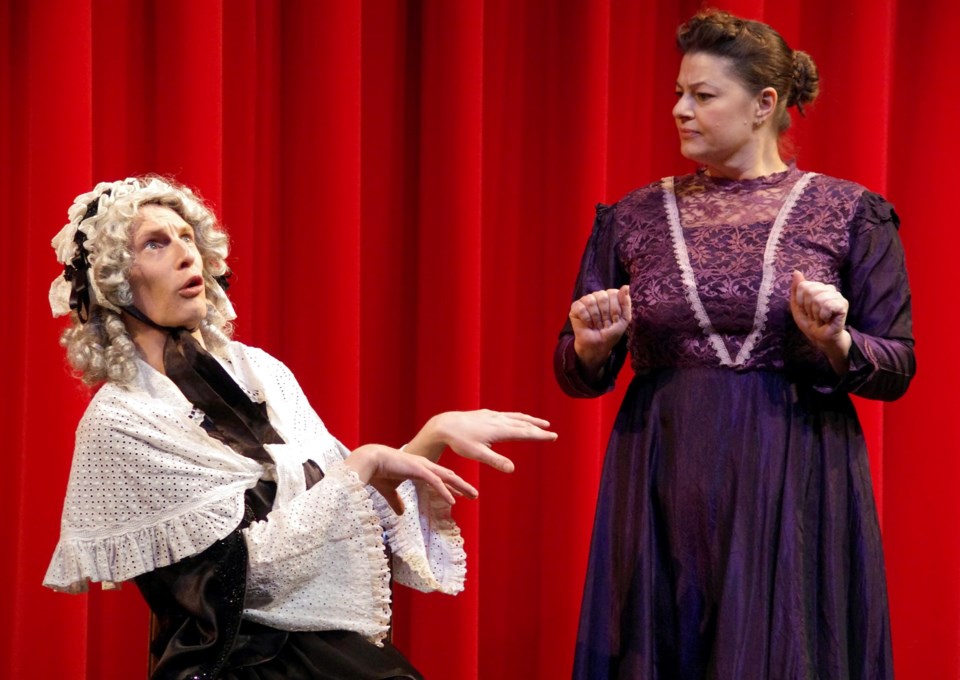 A Burnaby North student and teacher are being reunited in the theatre for the first time in more than 30 years.

The production was originally set to be performed in the spring but had to be cancelled in the face of COVID-19. Now, the theatre is opening up again – with limited seating, physical distancing and COVID-19 safety protocols in place – and Charley’s Aunt will launch the 2020/21 season.

Charley’s Aunt tells the story of Jack Chesney and Charley Wykham, two upper-class Oxford students who are in love and plan to propose to their girlfriends. But this is the Victorian era, and the girlfriends won’t stay in Charley’s room without a chaperone – so the plan depends on the appearance of Charley’s aunt, Donna Lucia D’Alvadorez.

When Donna Lucia sends news of a late arrival, the boys improvise by having their lovestruck friend Babbs impersonate Donna Lucia for a lineup of unexpected visitors – including the real Donna Lucia herself, played by Curman.

“It is very much a play of its time; chaperones, letters of permission to marry and audience sympathy for a son of the aristocracy who cannot pay his champagne bill,” Schamberger said in a write-up from the theatre. “A comedy of situations and society, slapstick, a romp of wit, exaggerated manners and eccentric character that does not show its age, is indeed the spirit we hope to maintain in the current production of Charley’s Aunt. ”

The run time is approximately three hours, including two shortened intermissions to allow for set and costume changes. There will be no bar or concession service, as per COVID-19 protocols.

Seating is arranged to maintain a two-metre space between parties, with the audience capped at a maximum of 50. Masks will be required anytime a patron is not seated, and there will be controlled, one-way entry and exit into the theatre.

Anyone who is feeling unwell or has any COVID-19 symptoms is not permitted to attend.

Tickets start at $30 and can be reserved by calling the box office at 604-266-7191 or online through www.metrotheatre.com/charleysaunt/