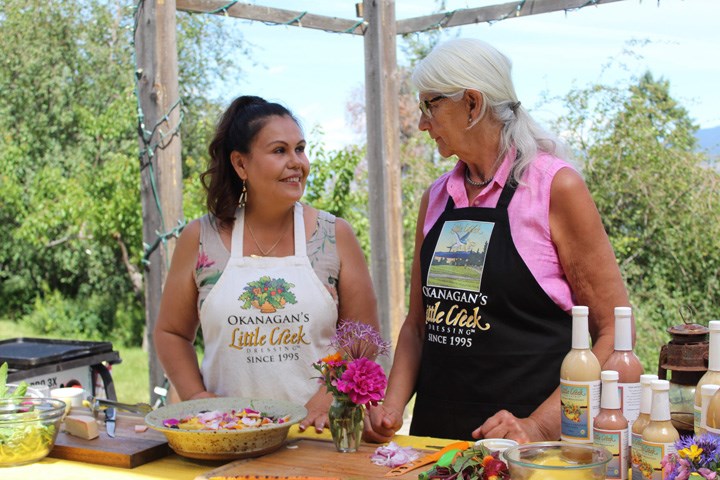 A Burnaby-produced TV show that explores the cuisine and culture of British Columbia’s Indigenous communities is set to start its next season.

Following two successful seasons on Aboriginal Peoples Television Network (APTN), the third season will release on the same network and have 13 episodes.

In the show, Bonneau explores cuisine and culture, stopping along the way to meet old friends and new, prepare a tasty meal or share traditional knowledge. The theme of season 3 is “Coming Home,” as the last season ended with her completing her journey across Vancouver Island and she is now returning to her home in the Okanagan to share recipes and stories with her community.

“My passion to create and develop Quest OutWest: Wild Food has always been about encapsulating a stunning cinematic journey of my people’s delectable Indigenous food traditions,” said Bonneau. “The series features my people’s beauty and resilience, rediscovery, the celebration and the comeback of wild food in our homes. We are amidst a very special time in history. The cuisine prepared is shared by my guests accounts of foodie history, stories of renewal, new health and traditions now being practiced.”

The series first premiered in 2015 and was renewed for a second season, which aired in 2018. Throughout the series, Bonneau has travelled to a variety of Indigenous communities, from the Nicola Valley to the Shuswap and all the way out to the Northern tip of Vancouver Island in the lands of the Salish People. On her many travels, she has met with elders and storytellers of the Shuswap (Secwepemc), Okanagan (Syilx), Upper and Lower Similkameen, Neskonlith and Salish people, among others.

To tune into the show, visit https://www.aptn.ca/.