Lively City: A talent scout, a love story and a classical concert

A renowned New York talent scout is coming to Burnaby to talk to high school students, their parents and the public at large.
Feb 20, 2017 10:41 AM By: Julie Maclellan 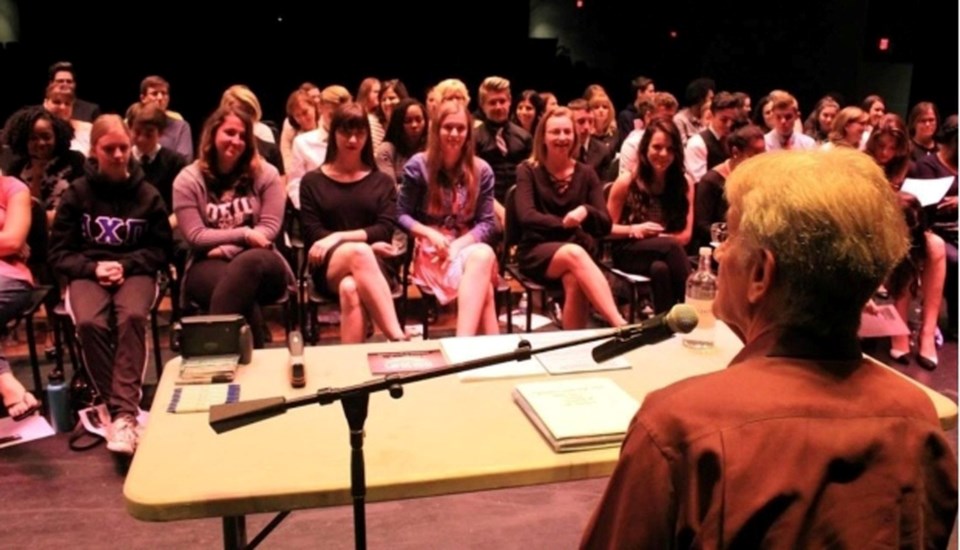 New York talent scout Peter Sklar brings a message of motivation to students, parents and other interested members of the public with a talk on Friday, Feb. 24.contributed

A renowned New York talent scout is coming to Burnaby to talk to high school students, their parents and the public at large.

A press release notes that his lecture will expand on his view that any career – in or out of the arts – is about two things: self-image and health. He’ll explore why his views are in sync with the needs of top agents and casting directors, as well as college admission boards and job interviewers in just about any field.

“The people who sit behind the table are trying to decide two things: do they like you, and do they believe in you,” Sklar says. “If you don’t feel good mentally and physically, you won’t open up and show us who you really are. When that happens - no matter how smart you are, or what you’ve achieved, or what you look like – we’ve already lost interest.”

Sklar’s lecture is open to teenagers, young adults, older children and parents. (No children under age seven will be admitted, and students under age 18 are encouraged to attend with a parent.)

There’s no charge, but you do need to register ahead. To reserve a spot, call 604-296-6880. You can find out more at www.thesklarprinciple.com.

If you were in the dating market and you met someone whom you were intensely attracted to, then they told you they would likely die within a year from an illness, would you still get involved?

That’s the question that faced Cynda Yeasting – and her answer was yes.

The Burnaby author has written a book, For Michael, Love Cynda, based on her own story – a unique love story between a terminally ill man and the woman who found him on a dating website.

“He put his heart out there and she was lucky enough to find him. This book is their love story, from a first date to dealing with the challenges that Michael’s terminal cancer diagnosis brought them,” a write-up about the book says.

Part proceeds from the sales of the book are being donated to the B.C. Cancer Foundation.

You can meet Cynda and have a book signed at an event on Friday, March 3 from 4 to 7 p.m. at the Chapters at Metrotown.

Check out more about the book and Cynda’s story at www.formichaellovecynda.com.

If you love the music of classical guitar, then save the date for this one.

The McGill branch of Burnaby Public Library is offering up a concert with classical guitarist David Sossa on Sunday, March 26.

The 2 p.m. concert will take the audience on a round-the-world tour of music from countries including Japan, the U.S., Colombia, Argentina, Brazil, Spain and Germany.

Sossa is a Toronto-born musician who grew up in Coloumbia, where he earned his bachelor of music degree. He continued his studies at UBC, where he completed his master’s in classical guitar performance in 2015. He’s currently the head of the guitar department at the B.C. Conservatory of Music, and he has performed as a soloist in Canada and internationally.

His concert is free, but space is limited, so you’re encouraged to sign up early. Register online at www.bpl.bc.ca/events, or call 604-299-8955. You can also sign up in person at the library, 4595 Albert St. in North Burnaby.

Do you have an item for Lively City? Send arts and entertainment ideas to Julie, jmaclellan@burnabynow.com, or find her on Twitter @juliemaclellan.