The work of a pioneering Canadian filmmaker is at the heart of a new exhibition at the Nikkei National Museum and Cultural Centre. The centre opens its Jesse Nishihata - Visual Storyteller exhibition on April 1, and it runs until May 4.
Mar 28, 2014 12:13 PM By: Julie Maclellan 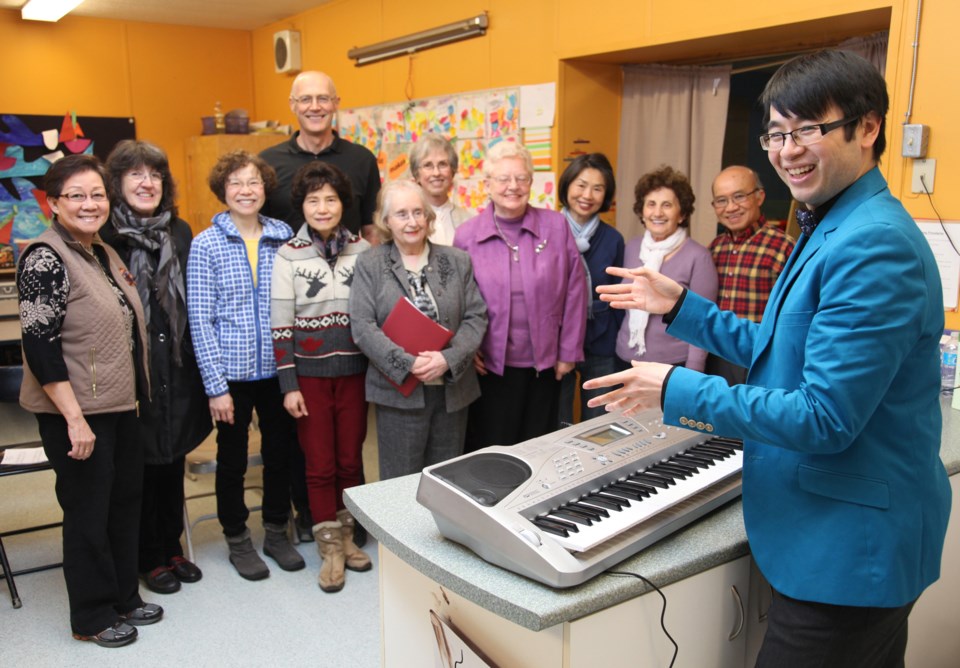 The work of a pioneering Canadian filmmaker is at the heart of a new exhibition at the Nikkei National Museum and Cultural Centre.

The centre opens its Jesse Nishihata - Visual Storyteller exhibition on April 1, and it runs until May 4.

A press release notes the exhibition will give people a chance to view films from Nishihata's body of work in private screenings.

Nishihata's career began with work covering Mods and Rockers in 1964 for CBC's Other Voices series. He continued with productions for CBC in the 1960s and 1970s.

In 1977, he won a Genie Award for his work The Inquiry Film, an examination of native rights and economic development in Canada's north.

He also made forays into the Japanese Canadian Second World War experience, focusing on his own family history in Watari Dori: Bird of Passage in 1973. In 1989, he produced Justice in Our Time: How Redress Was Won, looking at the Japanese-Canadian efforts to win an apology and restitution from the Canadian government.

An opening reception is set for Wednesday, April 2 from 7 to 9 p.m., and a curator's talk is scheduled for Saturday, April 12 at 2 p.m.

Have you ever seen a traditional Cantonese opera?

You have a chance to do so in April at the Michael J. Fox Theatre.

The Vancouver Cantonese Opera is bringing its production, Happy Marriage Achieved, to the stage on Friday, April 25 at 7 p.m.

New Westminster Christian Reformed Church is calling all artists to take part in a recreate Art show on April 26.

The church recently posted some information about the show, noting it's calling for contributions from local artists, both amateur and professional.

"Pull out your paintings, quilts, sculptures, pottery, photographs - whatever medium you work with - and register to show them for free," the church invitation says. "You can make something new or display something you've had for some time."

Performing artists can also take part in a showcase that evening.

The visual art exhibition, including demonstrations and live music, will run from noon to 4 p.m. In the evening, from 7:30 to 9:30 p.m., there will be performances and poetry readings, along with hors d'oeuvres, for a $10 cost.

Any artist wanting more information can find details and a registration form online at www.nwcrc.ca/recreate-art.

Did you ever sing with the British Columbia Boys' Choir? Do you know someone who did?

The B.C. Boy's Choir is holding its 45th anniversary reunion weekend May 17 and 18 in Vancouver. The weekend culminates in a gala concert on the Sunday afternoon at the Chan Centre for the Performing Arts.

All alumni are invited.

Check out www.bcboyschoir.org for all the details.

Lee is leading a Newcomers' Choir in Burnaby, rehearsing Saturdays in the daycare portable at Marlborough Elementary School.

The choir is designed to help people practise their English-language skills, and it's open to singers of all ages and backgrounds aged 13 and up. (Those under 17 must be under the supervision of a parent or guardian.)

The choir meets Saturdays at 3 p.m.

For more information or to join, check out Lee's website at www.miusc.ca (yes, that's M-I-U-S-C - "music with a twist," as Lee says) or email him, miuscinfo@gmail.com.

Are you a visual artist living with a disability?

Placement Gallery is inviting applications for a new exhibition, COMPANY: A Visual Exploration.

A press release notes the exhibition "will explore the concept of human company and what it means from the perspective of a person who lives with a disability."

Each artist can submit up to three entries, and it's open to work in all mediums. Selected artwork should be available for sale.

The deadline for submissions is June 2.

Check out www.placementgallery.blogspot.ca to download an application form and get more details.

Do you have an item for Lively City? Send ideas to Julie, jmaclellan@burnabynow.com, or find her on Twitter, @juliemaclellan.