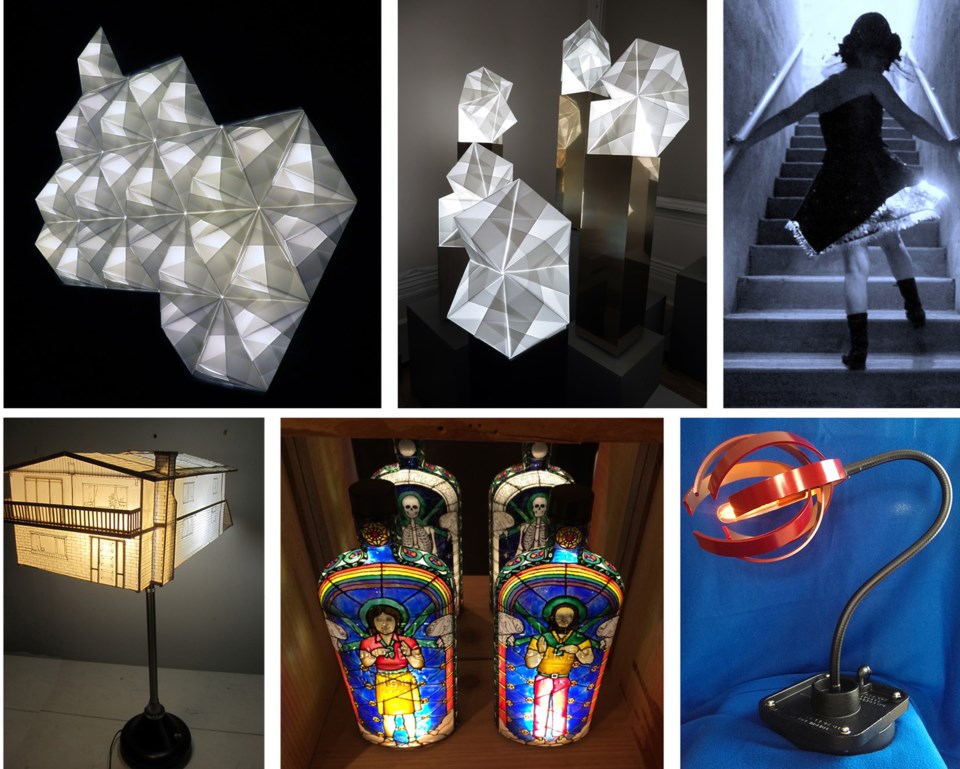 There wasn’t much doubt in Jay Senetchko’s mind about the value of getting involved with Luminescence III.

“I remember very distinctly reading about the first one,” he recalls, chatting over coffee at Deer Lake Gallery. “It was a pretty remarkable social phenomenon.”

That remarkable phenomenon involved a lineup of more than a thousand people wending its way down Deer Lake Avenue, waiting in the spring evening for hours for their chance to get in to the very first Luminescence show.

Its second edition drew an estimated 3,000 people – and this year, artists from around the region are keen to be a part of the event that has established itself as one of the hottest tickets on the Lower Mainland arts scene. Luminescence III kicks off with an evening event on Saturday, March 17.

“I like the opportunity to exhibit in new places, with new people, under new circumstances,” Senetchko says. “I like looking for new exhibition opportunities that seem interesting to me.”

The Vancouver-based artist was recruited by Teena Martin, executive director of the Burnaby Arts Council. Martin had been impressed by some of his large-scale figurative work in an exhibition, The Course of a Distant Empire, at Winsor Gallery. Though that work was too large to fit in Deer Lake Gallery’s relatively small space, Senetchko came through with another work that was previously part of the Over the Counter Culture exhibition at North Vancouver’s Gordon Smith Gallery.

Another Vancouver-based artist who’s new to the show is Mario Sabljak, one-half of the duo Concealed Studio with partner Cheryl Cheng. They’ve only been a working partnership since 2016, creating architectural wall panels and stand-alone pillars featuring illuminated geometric patterns.  Sabljak attended last year’s Luminescence show when a former neighbour exhibited work, and he was quick to respond to the calls for entry for the 2018 edition.

“Ours is really light-based, so it’s nice to have a show that wants light-based art,” he says, noting that a group show allows visitors to experience the melding of everyone’s ideas on a cohesive theme.

Sabljak is also pleased to bring their work to Burnaby after a year that has included exhibiting it in Asia and Toronto.

Also new to the show this year is VR4U, a virtual reality gaming company that’s taking over the gallery basement with its interactive art experience, TiltBrush.

The company’s founder, who goes by the name Tay, is excited to be part of Luminescence. While she’s usually hosting birthday parties and attending corporate events, this will mark her first chance to take part in an art installation.

She notes that the whole idea of virtual painting is really painting with light, which fits perfectly with the show’s theme.

“It’s just a new perspective on art and painting,” she says. “It’s a way to be able to paint in 3D.”

Back once again for the year is Simmer, whose 3D light installation this year carries the distinction of having the first “adult-only” restriction placed on it. His installation, MELT, was inspired by artist Suzy Kellems Dominik, whose work I Can Feel – a 12-foot-tall neon vagina – was a talking point at the Art Basel exhibition in Miami Beach. MELT will feature LED neon strip lighting and infinity mirrors to represent a female orgasm.

As always, Martin has worked to pull in a wide range of artists working in just about every media imaginable.

“With so many different artworks represented, there will be a lot to see and experience,” says Martin. “We’ve also had so much interest from the artists themselves, we know the exhibit will showcase experiential art in new ways to capture the imagination of our visitors.”

Organizers are hoping to build on attendance from the two previous years, when so many new visitors came to experience the show alongside longtime gallery devotees.

It’s an approach that sits well with Senetchko, who makes it a personal mission to make all of his work accessible to viewers – whether they come to it with a background in art or not.

“Art has been too far divorced from being an inextricable part of the social world, of the everyday,” Senetchko says. “If you know nothing at all about art, you can still come enjoy the work.”

WHAT: Luminescence III, an exhibition of two- and three-dimensional works exploring light, in celebration of the spring equinox

ADMISSION: Free. VIP passes (including early access and Lumin martini) are available for opening night for $25. Buy through www.eventbrite.com. (VIP entry limited to 80 passes, so buy early.) Closing night event pay what you can at the door, but reserve space at www.eventbrite.com.