Save the date: A Christmas Story musical is coming to Burnaby

SAVE THE DATE: Nov. 2 to 17 A CHRISTMAS STORY WHAT’S UP? Align Entertainment presents the hilarious holiday classic A Christmas Story: The Musical .
Sep 29, 2018 9:05 AM By: Julie 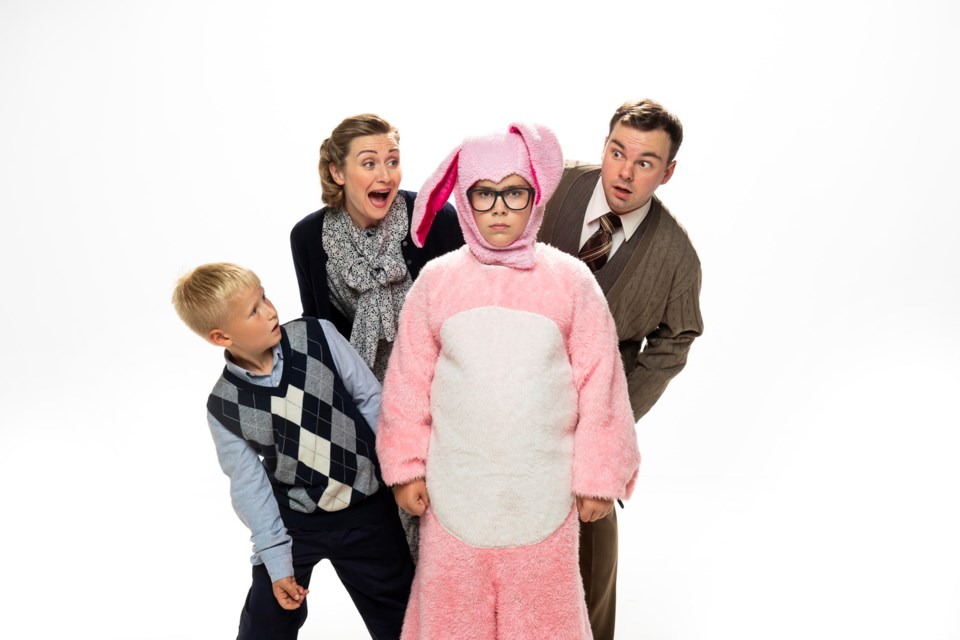 WHAT’S IT ALL ABOUT?

Remember that 1983 film that everyone loves? This is the Broadway adaptation, with a score by Benj Pasek and Justin Paul (creators of La La Land and The Greatest Showman). Just like the movie, it follows the story of nine-year-old Ralphie Parker, who wants nothing more for Christmas than an official Red Ryder Carbine Action BB gun. The musical comedy premiered on Broadway in 2012, receiving three Tony Award nominations and making way for such songs as It All Comes Down to Christmas, Ralphie to the Rescue and You’ll Shoot Your Eye Out!

WHY SHOULD I GO SEE IT?

How can it get any better than a childhood favourite Christmas story, complete with singing and dancing?

“A Christmas Story is a quirky holiday classic about a wholesome family founded on unconditional love,” says director and co-producer Chad Matchette in a press release. “Generations have been drawn to the young protagonist, Ralphie, who is at the crux of childhood. His innocence and persistence remind us of a quieter and perhaps less-complicated era. It’s no surprise that this iconic tale was adapted into a musical. Through its utterly timeless score and evergreen optimistic message, our astonishing cast of triple-threat talents will set the stage with a festive reminder of the magic found in pursuing our dreams – big or small.”

Priced at $29 through $42 for regular shows. Preview pricing $20. Thrifty Thursdays $25. Buy through www.alignentertainment.ca/tickets or www.vtixonline.com.

WHERE CAN I FIND OUT MORE?

See www.alignentertainment.ca for all the details.