Todd Talbot set to star in Royal City's Crazy for You

Royal City Musical Theatre is bringing the classic Gershwin musical to the stage at Massey Theatre April 9 to 25
Dec 12, 2019 11:07 AM By: Now Staff 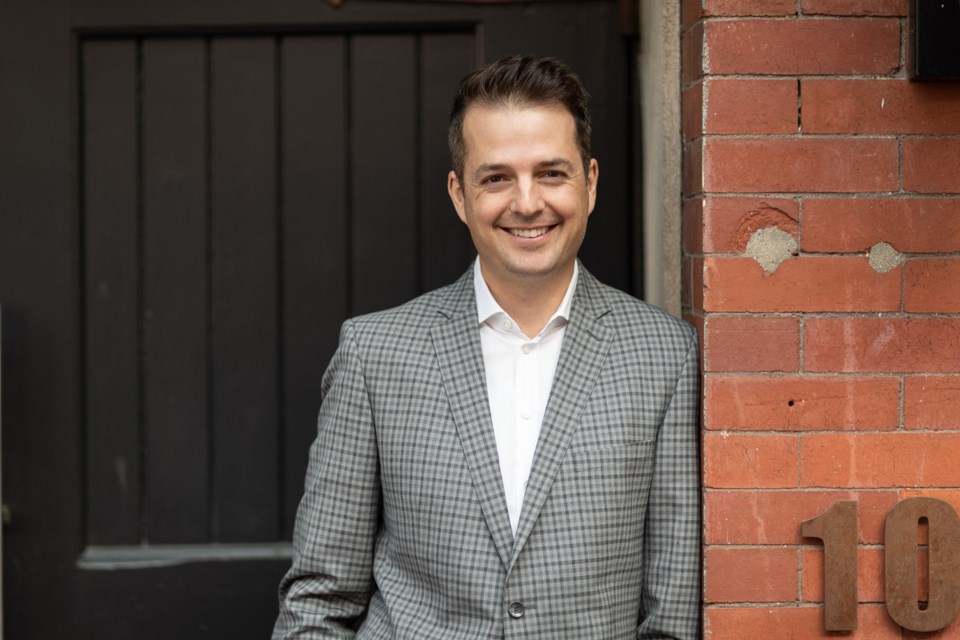 Todd Talbot is set to star in Royal City Musical Theatre's Crazy For You. Holiday tickets are on sale now for the April 2020 run at Massey Theatre.contributed

One of Vancouver’s favourite song-and-dance men will grace the Massey Theatre stage this spring in Royal City Musical Theatre’s Crazy for You.

The classic Gershwin musical is onstage April 9 to 25 with Todd Talbot as Bobby Child.

For many TV viewers, Talbot may be best known as the co-host of Love it Or List it Vancouver. He also has 20 years of professional acting in his background – including as a 1990s teenage heartthrob in the Nickelodeon series Fifteen, and appearances as George Bailey in the Arts Club Theatre production of It’s a Wonderful Life and Cosmo Brown in Arts Club’s Singin’ in the Rain.

(He also has ties to Burnaby; he finished elementary school at Lochdale and then attended high school at Burnaby North.)

“When Valerie Easton, artistic director of RCMT, approached me with an opportunity to play Bobby Child in Crazy for You, I couldn’t possibly say no,” Talbot said in a press release. “We have worked on many musical productions at the Arts Club Theatre Company over the years, and this is the perfect show for her to direct and choreograph; it’s right in her wheelhouse. RCMT does big musicals beautifully; it has the perfect 1,200-seat venue, an orchestra and a community that supports them. I’m very excited to work with Valerie again and to be stepping back on stage.”

Royal City Musical Theatre has a 30-year reputation for presenting quality, large-scale Broadway musicals, and this upcoming show is poised to continue that tradition.

Director-choreographer Easton will be joined by musical director James Bryson, vocal director Patrick Ray and a cast of 25 performers with 13-piece orchestra.

Crazy for You is filled with big dance numbers and classic Gershwin songs – They Can’t Take That Away from Me, Someone to Watch Over Me and the famous showstopper I Got Rhythm.

And, yes, Talbot will be putting on his tap shoes for the role.

Tickets are on sale now, including a special holiday gift offer. You can get four tickets for $150 if you use the coupon code HOLIDAY when you buy through www.ticketsnw.ca or call 604-521-5050. (The special offer is valid until Jan. 6, 2020.)