Burnaby Board of Trade pleased with B.C. budget

The Burnaby Board of Trade is pleased with the provincial budget announcement made on Feb. 18.
Feb 28, 2014 11:33 AM By: Stefania Seccia 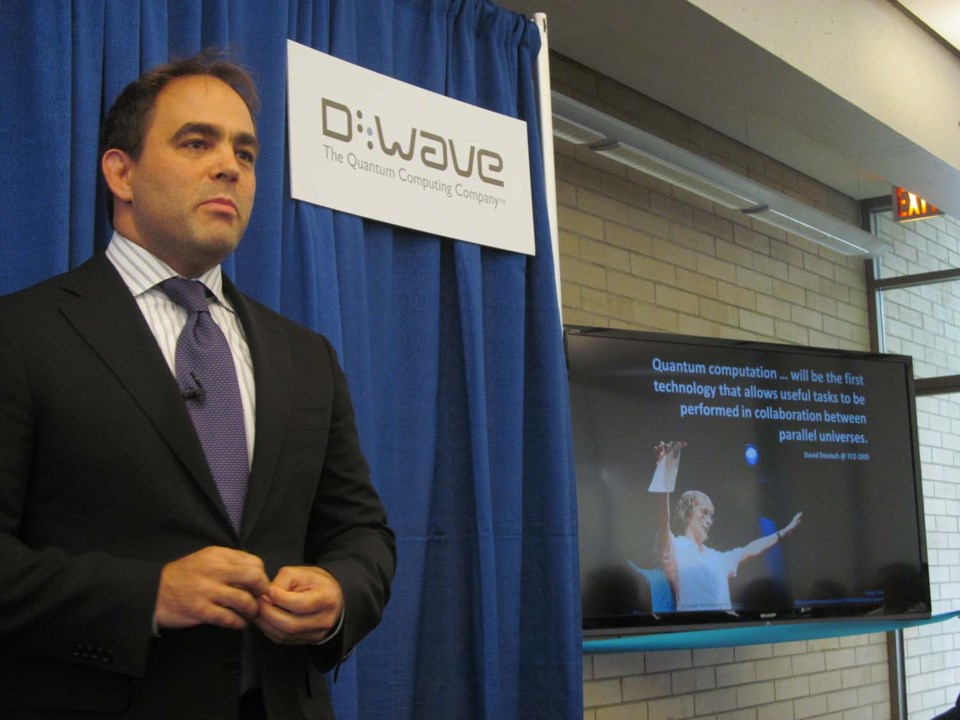 Geordie Rose, co-founder and chief technology officer for the D-Wave quantum computer company, was recently listed as one of the top 100 global thinkers by Foreign Policy magazine.File photo/BURNABY NOW

The Burnaby Board of Trade is pleased with the provincial budget announcement made on Feb. 18.

The provincial budget announced by Finance Minister Mike de Jong claimed to balance the budget with an anticipated $175 million for the current fiscal year.

“The Burnaby Board of Trade is happy to see the provincial government’s budget return to balance and was pleased to see that there were no surprises for the business community announced (Feb. 18),” said Paul Holden, board president and CEO, in a media release.

The board had advocated on behalf of transportation and the film industry being prioritized in the budget, and due to the modest changes to these sectors – including the distant location tax credit, and the scientific research and development tax credit – the board will “continue to advocate on these matters.”

“We look forward to seeing the provincial government work towards achieving and utilizing the projected future surpluses,” Holden added.

The coldest place in the universe can be found in Burnaby and also gracing the cover of TIME magazine.

Quantum computing company D-Wave Systems Inc. and its now-famous D-Wave Two computer, which claims to harness the power of quantum physics, is the cover story featured this month on the international magazine.

The Burnaby NOW first covered D-Wave last year, about the company selling its first computer to Lockheed Martin and being backed by the CIA.

Williams & White Equipment was named one of the top five best small businesses in the province, in the upcoming Small Business B.C. Awards Contest.

The Burnaby business is competing to receive the Best International Trade Award and the Best Employer Award.

“This is an opportunity to acknowledge the exceptionally talented, creative and passionate entrepreneurs in our province,” said George Hunter, Small Business B.C. CEO, in a media release.

The local company was recognized for its contributions to the local economy through international trade activities and for its outstanding commitment to employee health safety, according to the release.

“Over the last 50 years, Williams & White Equipment has become known for producing the most durable and reliable machinery in the industry,” the release stated. “Williams & White heavy duty equipment/machinery can be found in filing rooms worldwide, including Japan, New Zealand, Australia, Argentina, Chile and the United States.”

In 2012, the company received the Best Company Award.

The winners were announced at the awards ceremony on Feb. 27 at the Pan Pacific Vancouver (after the NOW’s press deadline).

On Feb. 17, at a Burnaby Board of Trade event, Moore talked about federal budget highlights, and what it means for job growth across the province.

“Economic Action Plan 2014 is about keeping taxes low and supporting businesses, families and communities across Canada – including here in Burnaby,” he said. “Since 2006, our government has cut taxes nearly 160 times, putting $3,400 back into the pockets of hard-working Canadian families and saving small business an average of $28,600.”

The government lowered the federal corporate income tax rate to 15 per cent.

Send business ideas to Stefania, sseccia@burnabynow.com. You can also find her on Twitter, @stefania_seccia.