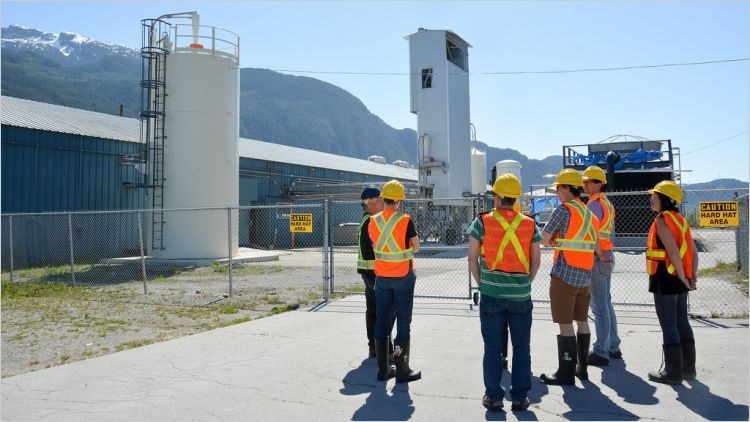 The Pembina Institute and 39 other B.C.-based organizations and companies, including three in Burnaby, signed onto an open letter to Premier John Horgan urging action on the climate crisis, creating jobs in the green industry. PHOTO CONTRIBUTED

Three Burnaby businesses are named among 40 in the province that signed an open letter to Premier John Horgan and the provincial government urging more action on climate change.

Penned by the Pembina Institute, a left-leaning think tank focused on energy and the environment, the letter was signed by 40 B.C.-based companies, including three from Burnaby — Prism Engineering, Reid’s Automotive Recycling and Traction on Demand.

According to those who signed the letter, action on the climate crisis is necessary to mitigate harms to businesses and the economy.

“For all businesses, climate change is a risk to the bottom line,” the letter reads. “However, it’s also a once-in-a-generation opportunity for B.C. to create jobs, encourage innovation, build healthy and safe communities, and reduce waste.”

That line is a departure from what you’ll commonly find in the media, which often pits business and economic growth against the environment.

“We’re saying: ‘No, there’s actually some real opportunities, and we feel like some real need, that there’s more we need to do,’ ” said Sarah Smith, Prism Engineering principal and sustainability team leader.

“We feel it’s important to show that businesses are behind this message. … We’re concerned about the impacts of climate change, and we feel like there’s a need to have a voice that’s called for continued action.”

Smith said she wasn’t aware whether Horgan or the B.C. Ministry of Environment has responded to the letter. But she said she expects the provincial and federal governments to take action to show their commitment to their climate targets.

“We have these clear targets, about GHG [greenhouse gas] emissions at the provincial level, and we want to work with people to get there,” Smith said.

“We want to see clear support in terms of funding and policy to make that happen. We want to see it at the federal level, as well, because we think it’s so important that there is really no other viable option to really work towards making big change happen.”

Although most of the debate around tackling the climate crisis has been focused on a few points — the carbon tax and electric vehicles — Smith said there are other issues to work on.

In particular, Prism Engineering works on existing buildings, helping to reduce their climate footprint, and Smith notes that a major contributor of GHG emissions come from buildings, along with transport.

“It’s more a personal decision about what vehicle you might buy, or maybe you put solar on your roof. It’s more visible. It’s sometimes hard to see the energy that you use in a building,” Smith said of the reason issues like retrofitting buildings don’t get the same attention.

“Climate change is both a challenge and an opportunity for B.C.,” the letter reads. “Now more than ever, we need the B.C. government to demonstrate bold, sustained leadership by prioritizing investments in the clean future.”

The Now reached out to Reid’s Automotive Recycling and Traction on Demand, but did not receive comment as of publication.

Workers at Safeway and Thrifty Foods stores in Metro Vancouver test positive for COVID-19
Feb 26, 2021 9:53 AM