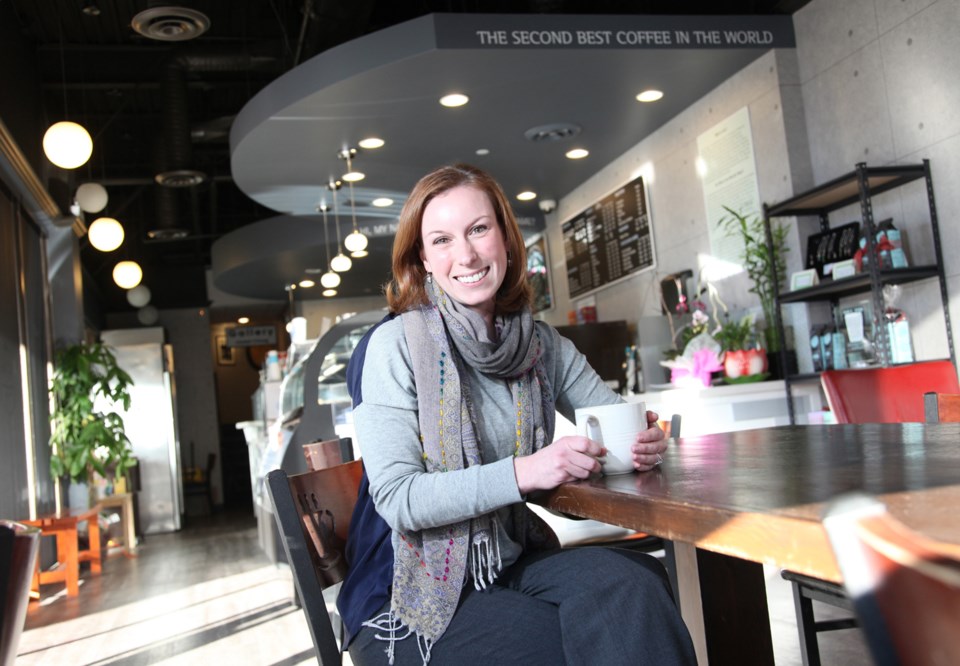 Jenna Christianson-Barker is the new director of operations of Joe's Table Society. The Burnaby non-profit cafe is looking to expand across the Lower Mainland, and someday, the country.Jason Lang/BURNABY NOW

After opening up a café to honour their son's memory, Peter and Stephanie Chung have been recognized for providing work opportunities for adults with developmental disabilities.

As the Burnaby NOW previously reported, the Chungs named the café after their late son, Joe, who lived with developmental disabilities. He was meant to work at the cafe, but an unexpected tragic incident led to the family opening Joe's Table with the intent of employing those with differing disabilities instead.

And on Feb. 7, after almost a year of hard work keeping the café open, the Community Living B.C. organization presented the couple with a Widening our World Award, which recognizes people who build more inclusive lives for adults with disabilities.

Jenna Christianson-Barker, director of operations of Joe's Table Society, joined the non-profit in September, and she said the café has been very successful so far.

"We have nine employees," she noted. "Five of our nine have a disability and all five have been with us since our soft opening."

The zero turnover rate in the five employees who have been at Joe's Table since the beginning has meant customers have had the chance to build a relationship with them.

"We're excited that they've (Peter and Stephanie) been acknowledged with what we're doing here," Christianson-Barker told the NOW. "It's only been positive feedback."

The team is now working on building on their inclusive focus and expanding on their socially conscious model, she said.

In the next few years, Joe's Table might start popping up across the Lower Mainland, which will continue to employ those with different abilities.

"This year, we're looking primarily in the downtown core in Vancouver," she said.

The current South Burnaby location of the café is a bit tucked away, Christianson-Barker noted, so if a Joe's Table were to open downtown it would be the society's flagship store.

"It's been good to us," she said about the current café, "in the sense of our current customers being super loyal and supportive."

As the café looks to expand, it aims to set itself apart from others, Christianson-Barker said.

"We want to make sure we're setting ourselves apart as an excellent provider of coffee," she noted. "We're looking to go somewhere more community minded."

For more information about the award, visit www.joestablecafe.com.