Computers for Schools, run by the British Columbia Technology for Learning Society, will be distributing about 6,000 computers to low-income families in British Columbia.
Jun 17, 2018 3:05 PM By: Janaya Fuller-Evans 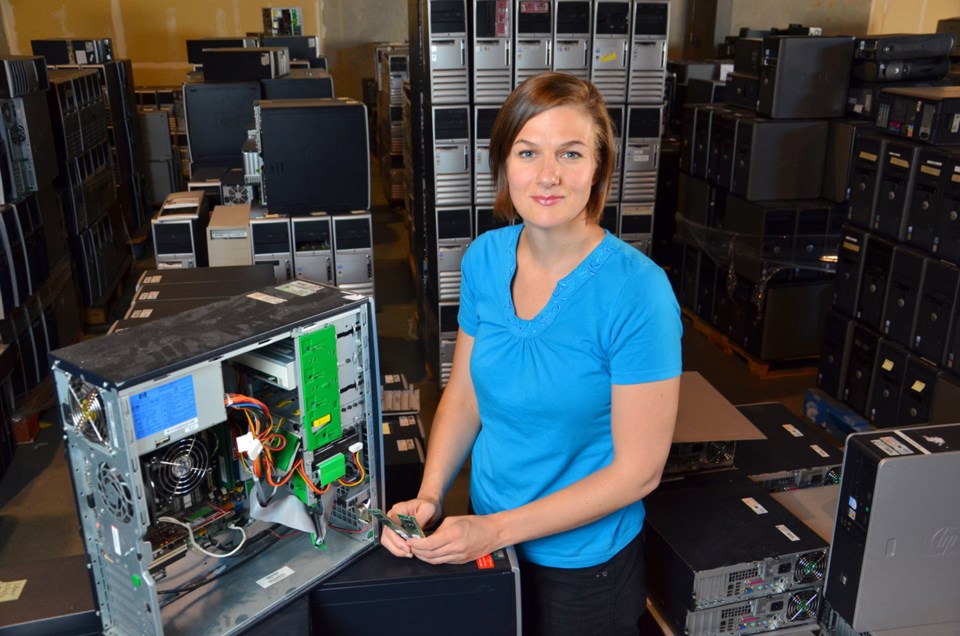 Going green: Mary-Em Waddington is executive director of the Burnaby-based nonprofit Computers for Schools, which recently signed the Burnaby Board of Trade's sustainability pledge.File photo/BURNABY NOW

Computers for Schools, run by the British Columbia Technology for Learning Society, will be distributing about 6,000 computers to low-income families in British Columbia.

It’s part of the Connecting Families initiative by the federal government, which aims to provide low-income families with $10 monthly Internet service and give up to 50,000 computers to those in need.

Computers for Schools is a partnership between the provincial and federal governments and private industry, and collects and refurbishes donated used computers for B.C. schools.

The initiative launches in October and is expected to wrap up by March 2022, according to Mary-Em Waddington, the executive director of B.C. Technology for Learning Society.

“It’s going to mean a lot to students and their families in the school year, but we can’t have success without donations,” she said. “So this is a call to action for companies and even individuals that when they have computers they’d like to get rid of, that they think to donate to us so that we can repurpose them and put them back into family homes.”

The program accepts desktop computers, monitors, smartphones and tablets, printers, networking devices, laptops, and more. They are always looking for laptops, she added.

This initiative is an opportunity for the technology sector, as more young people will have access to technology, meaning more potential employees in the future, Waddington said.

“We have an opportunity for B.C. to expand its technical skills; in particular the IT sector is always looking for new talent,” she said. “So this is just opening up another door to find that talent as well.”

To donate to the initiative, go to www.reusetechbc.ca/donate.html to learn the donation requirements.