After nine years of working in Burnaby’s tourism industry, Matthew Coyne wants to work for at-risk youth. Coyne is Tourism Burnaby’s inaugural executive director, but he announced late last week that he would be stepping down as of March 14.
Feb 19, 2014 3:42 PM By: Stefania Seccia 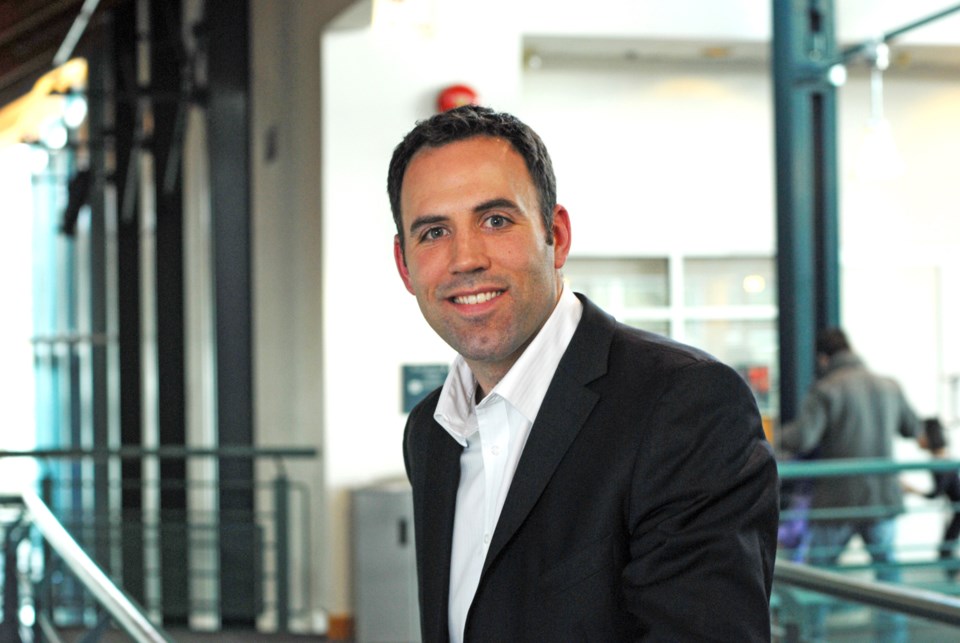 Coyne is Tourism Burnaby’s inaugural executive director, but he announced late last week that he would be stepping down as of March 14.

That’s where the kids come in.

After seeing a posting for a CEO position at Take a Hike Youth at Risk Foundation, Coyne said he was sold on the idea of making a real impact in the lives of youth.

“It’s pretty meaningful stuff,” Coyne said in a sit-down interview with the Burnaby NOW. “It’s an organization, I think, that has had a lot of success in their short history, but I don’t think the story has been told well enough. That’s also an area I think I can help with actually, telling the story of the organization because of the good it really does.”

Coyne has worked at Tourism Burnaby since 2005, after working with the Vancouver tourism board for five years before that.

Coyne said despite the fact that he’ll miss working in Burnaby, he looks forward to his new role.

“I’ve been in the tourism industry and sport tourism for 14 nearing 15 years, and I was looking for a career change and a new challenge,” he said. “This came up at the right time. I also felt I was wanting to do something a little bit more meaningful.”

Take a Hike has been around for 13 years. It provides at-risk youth adventure-based learning, with a combination of therapy and education. Students get to traverse hikes such as the West Coast Trail, but also have to volunteer in the community if they want to participate in the program.

“It’s run through in partnership with school boards,” he said. “My role is to actually help broaden the reach of the program and hopefully expand the program into multiple communities within B.C., and hopefully even across the country, as well.”

Coyne said he hopes to use his contacts in Burnaby, particularly the school board, through his new foundation.

Coyne will start his new position with the Vancouver-based foundation on March 31.

As for Burnaby, Coyne said he can’t believe how much the city has embraced tourism during his tenure.

What sets Burnaby apart is its sense of community, Coyne noted.

“I feel it even more now that I’m changing roles,” he said. “I may not be playing as active a role here in Burnaby, although fortunately Take a Hike has been in touch with the Burnaby School District. So, hopefully my involvement in the community will still be here, but just in a different capacity.”

Coyne said when he started at Tourism Burnaby, it was a milestone change in his life.

“I was privileged that Tourism Burnaby, at the time, took a chance on me,” he added. “I was absolutely honoured that they had the confidence in me to help with the organization and really help start the organization.”

Coyne said when he looks back on his career in the city, he’ll remember all the events Burnaby now hosts.

“The first international event we bid for and won while at Tourism Burnaby, I believe, it was the World Broomball Championships,” he said, with a laugh. “With respect to tourism, it was a great event and a great example of sport tourism.”

Since then, Coyne said he’s most proud of the city getting to host the under-20 FIFA World Cup, and the 2013 Esso Cup, which was the national midget women’s hockey championship – the first event Burnaby got to partner with Hockey Canada.

“It’s the association, essentially the premier national sport organization, a great coo for the City of Burnaby,” he said. “What it’s done is allowed us to continue the conversation with Hockey Canada and look at future hosting opportunities.”

For instance, Burnaby hopes to host the 2017 Telus Cup, which is the men’s version of the Esso Cup.

“It’s those types of relationships I’m also proud to look back on,” he said, “because if you look at Burnaby’s destination, we don’t have necessarily the appeal of a market like Vancouver, so it requires partnerships. It requires strategic relationships to help bring in those opportunities and help generate demand for the destination.”

In the mean time, Tourism Burnaby has engaged with a firm to hire the next executive director as soon as possible, according to Coyne.

“Tourism is just as much a part of the community as it is the actual industry,” he said.

For more information about Take a Hike, visit www.takeahikefoundation.org.