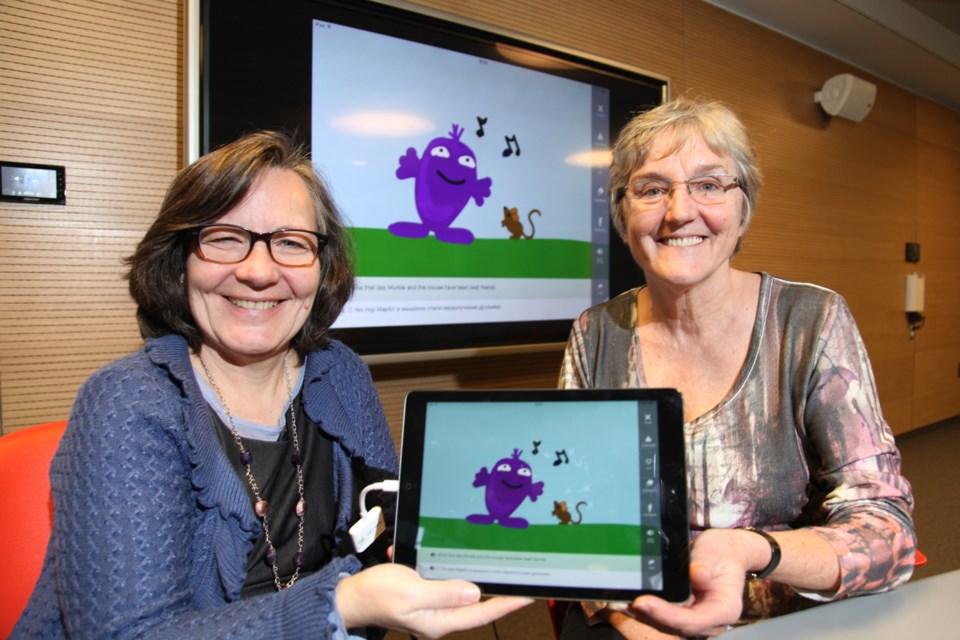 When Toohey was working on a research project with a local teacher, she became aware of the challenge the teacher had, reaching out to the grandparents who cared for some of the students.

The seed for Toohey's most recent project was planted while working with the teacher at a school with mostly Punjabi Sikh students. The teacher wanted to involve the grandparents of kindergarten students, who were watching the kids during the day, by having them read to the kids.

"The teacher had noticed not too many of the Sikh grandparents would come in," Toohey said, adding the kids said the grandparents couldn't read English.

And so they created a project, giving the children MP3 players to interview the grandparents. The students translated the interviews into stories about their grandparents' childhoods, written in both Punjabi and English, and made them into illustrated books.

"Some couldn't read Punjabi either, so they made CDs of kids reading stories in Punjabi and English," Toohey said.

Toohey began thinking of the possibility of sharing these stories online, and the creation of Scribjab began.

Scribjab is an IPad application and website that allows students to publish stories and translations online. The students write the stories in both languages, and with the help of an adult, post them online. Other students can comment on them, and the authors can also respond to comments.

The content is not edited by anyone on the site and is written at the childrens' skill level in both languages.

Toohey is passionate about maintaining and preserving students' first-language skills, she said.

"I'm really very much convinced by the research that if children develop literacy in their first language first, they're much better at second language learning," she said.

She added that students often lose their first-language skills when they enter the school system, or they stay at a five-year-old level.

"I just think that that's a terrible waste of linguistic resources, and it’s important that schools and teachers really value those languages," she said.

Toohey worked on the project with fellow SFU professor Diane Dagenais. They began planning it in 2010 and received funding from Canadian Heritage in 2011, as well as some from the university.

Now, the website has about 30 stories, according to Toohey.

Dagenais, whose background is in second-language education, said she'd noticed a need for multilingual resources when conducting her research.

"This project that Kelleen began to work on in her research, I found really relevant for language learners," she said. "And so we started to work together on this."

Both Toohey and Dagenais are hoping more students will use the audio option - recording stories in both languages - as that can be an important way to connect with those who are not literate in one language or the other.