Brewery added two EVs to its fleet of vehicles, which the company says will eventually be powered by beer steam
Jul 31, 2019 1:33 PM By: Burnaby Now 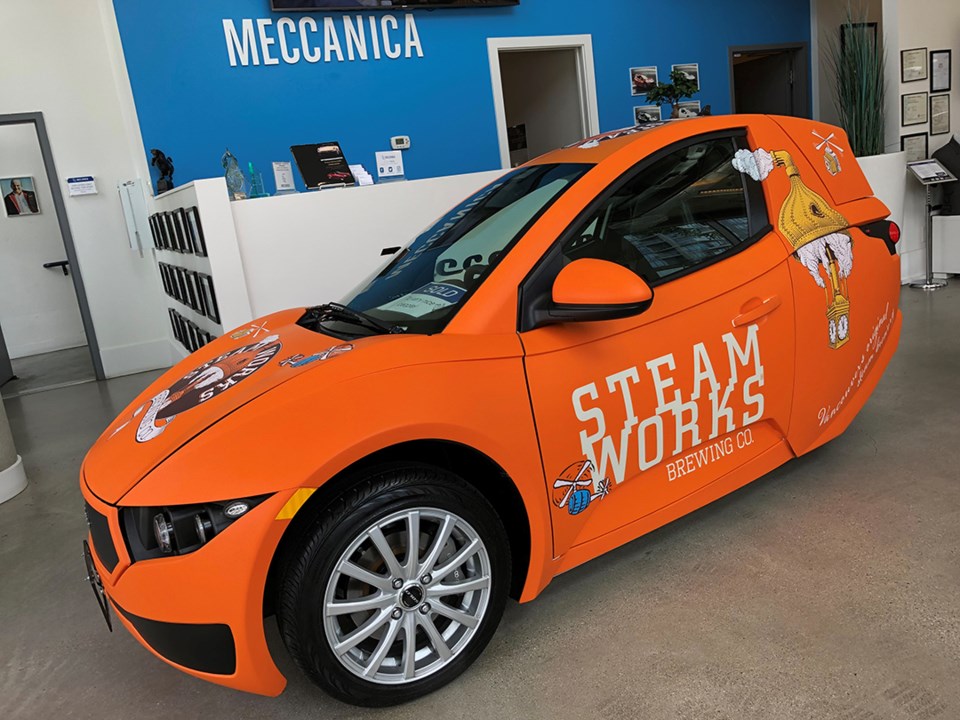 Steamworks’ Burnaby brewery is the latest business to buy into a Vancouver-based car manufacturer’s electric dream – and they expect to power that dream with beer.

“Steamworks believes in practicing what it preaches,” reads a news release from the brewery.

“We ask people to buy local when it comes to beer, so why shouldn’t we when it comes to cars,” said Steamworks owner Eli Gershkovitch in a statement. “Our business takes us all over the Lower Mainland and 90 per cent of the time our trips are only with ourselves, so the use of a large vehicle isn’t always necessary.”

Currently relying on regular B.C. Hydro power to fuel the fully electric vehicles, the company says it will soon be installing a steam turbine at the brewery, using steam generated in the brewing process to power their new cars.