The Burnaby health delivery area has reported 636 new cases of COVID-19 in the past week, marking a slight levelling off of the exponential growth reported in recent weeks.
Nov 21, 2020 6:21 AM By: Chris Campbell 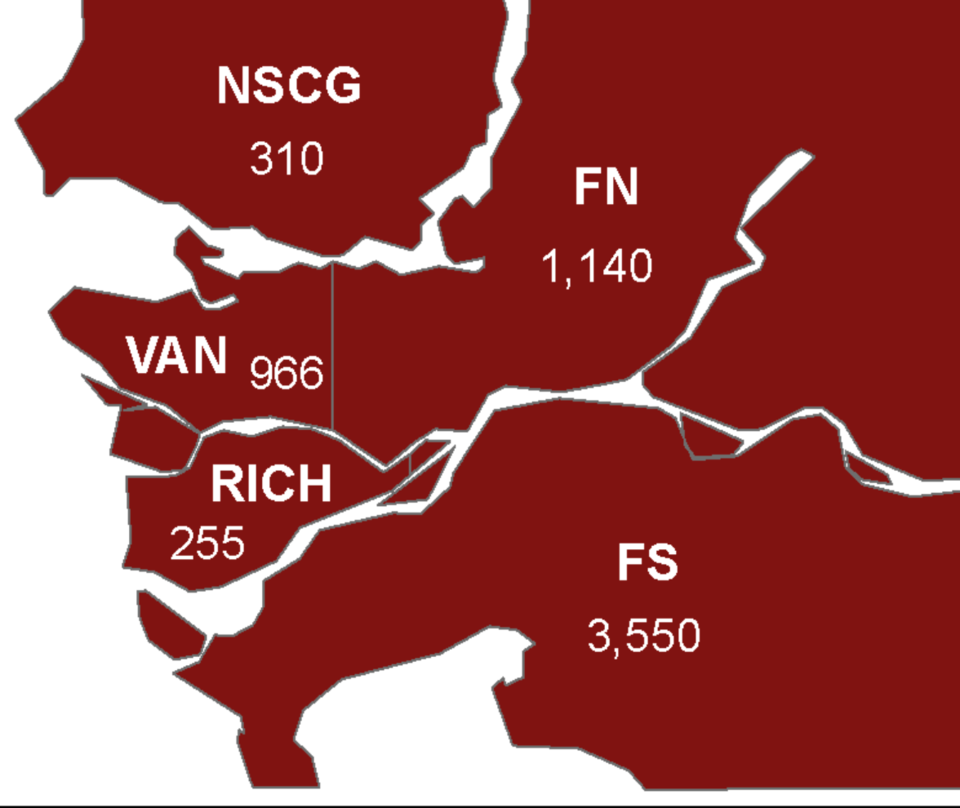 Of the 1,140 new cases reported over the last two weeks, 636 were from the last week, an 8% increase from the previous week.

The Burnaby health delivery area has reported 636 new cases of COVID-19 in the past week, marking a slight levelling off of the exponential growth reported in recent weeks.

The Fraser North health delivery area — which in addition to Burnaby, includes the Tri-Cities, New Westminster and Maple Ridge — has now registered 3,632 cases since January.

A new COVID-19 outbreak was declared in Burnaby this week, which now makes the fifth outbreak announced in recent days. Agecare Harmony Court Estates in Burnaby has seen at least one COVID-19 exposure, according to Fraser Health. Other local outbreaks include Dania Home, Fellburn Care Centre and Finnish Manor.

That means a slight downturn after several weeks of staggering growth. New cases went from 96 per week in early October to nearly 600 per week a month later, above and beyond the doubling of cases roughly every two weeks seen across the province.

Only last week, Fraser North’s new case count surged ahead of Vancouver. This week, the regions have traded spots again, with Vancouver seeing a surge in new cases.

“The concern for the Tri-Cities is we don't live on an island. We're all linked together by work and social events and even sports until last weekend when we were told not to do that,” said UBC infectious disease modeller Dan Coombs.

“Just the work links alone are enough that you'd expect if there was a big outbreak in Surrey that it would spread across the Fraser. We've already seen the numbers rising in Vancouver.”