Community is rallying to support a family of five seriously injured in a crash on the Brunette Avenue overpass on Dec. 27: Two girls sustained head injuries and, IIO continues to investigate Burnaby RCMP's role in incident
Jan 11, 2021 11:56 AM By: Diane Strandberg 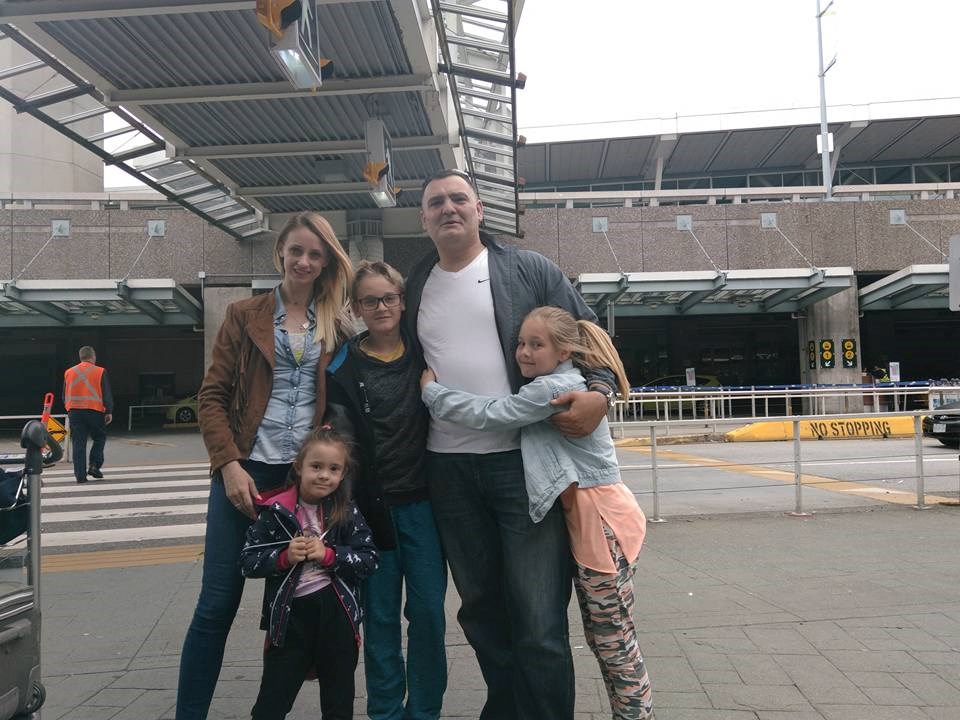 The Savic family is recovering from a devastating crash that took place on Dec. 27 on the Brunette overpass in Coquitlam.Facebook

A family of five seriously injured in a horrific crash on the Brunette Avenue overpass in Coquitlam on Dec. 27 is coping with some serious financial and emotional struggles.

And a Go Fund Me drive has been set up to help them.

As of Monday, Jan. 11, more than $78,000 had been raised to help the Savic family of Burnaby including father Aleksandar, mother Dragana, son Vuk, and daughters Nikolina and Lana.

According to the fundraising organizer, Mlada Srbadija, the two girls are in critical condition and sustained serious head injuries.

Srbadija stated that the children are part of a folklore dance troupe and, with the parents unable to work at this time, the funds will be used to help ease the family’s monetary pressures.

“We are kindly asking for everyone’s support to help the Savic family and ease their financial situation,” Srbadija wrote. “In times of tragedy we come together as a community to lift up the ones we love, the ones who are hurting and who need our support now, more than ever.”

In an update to the Go Fund Me fundraiser by Dragon Mrakic, president of the Mlada Srbadija dance organization, the two girls, Nikolina and Lana, have sustained serious head injuries resulting in brain damage. Their brother, Vuk, whose Facebook account said he went to Byrne Creek secondary, sustained minor injuries.

In a Facebook post on Dec. 28, Aleksander Savic thanked the community for their help and support. “Thank you all for your help and interest in how we are…. Pray for them now.”

The Savic family’s northbound Kia Sorrento was stopped at an intersection, when a driver in a Dodge Charger took the Brunette off-ramp at high speed, hitting the family’s vehicle and flipping it.

The Independent Investigations Office (IIO) of BC is currently investigating the RCMP’s role in the crash while RCMP traffic services is also looking at the collision.

According to the IIO, Burnaby RCMP had been conducting radar speed detection on Highway 1 eastbound near Government Street in Burnaby when they observed a grey Dodge Charger “allegedly speeding and attempted to conduct a traffic stop.”

“The vehicle did not stop and exited the highway at Brunette Avenue, where it collided with another vehicle,” reads an IIO statement.

The IIO will investigate to determine what role, if any, police may have played in the injuries; a media spokesperson told the Tri-City News the investigation is ongoing.

• The IIO is asking any person who saw, heard or recorded the incident to contact the IIO Witness Line toll-free at 1-855-446-8477 or via the contact form on the iiobc.ca website. The IIO is the independent civilian oversight agency of the police in British Columbia.