Anti-racism work at Burnaby schools starts at the top

Anti-racism work in the Burnaby school district has started at the top – in the hearts and minds of its highest ranking administrators.
Oct 2, 2020 2:42 PM By: Conrelia Naylor 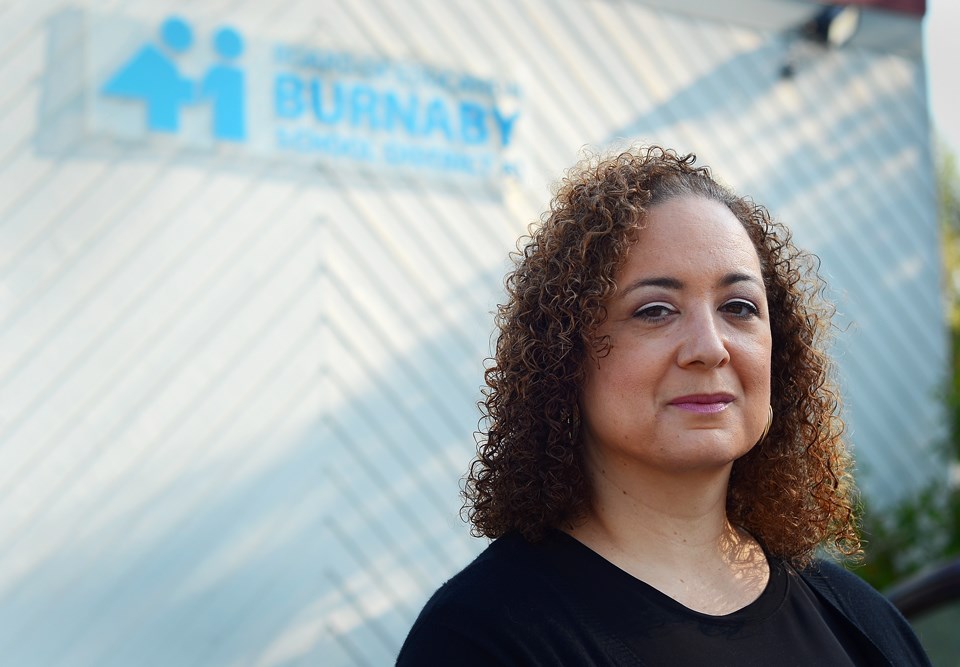 Anti-racism work in the Burnaby school district has started at the top – in the hearts and minds of its highest ranking administrators.

In response to worldwide anti-racism protests earlier this year, the Burnaby school board unanimously passed a motion in June directing staff to develop an anti-racism action plan after consulting with community members.

As part of the initiative, the district created a brand new district vice-principal position for equity, diversity and inclusion – and hired Coquitlam school vice-principal and anti-racism educator Beth Applewhite to fill it in August.

One of the first things she did this summer was a workshop with the district’s top brass, challenging them to dig into their own personal privilege, biases and prejudices.

At a recent online school board meeting, superintendent Gina Niccoli-Moen described the experience as “introspective” and “powerful.”

Not ‘shaming and blaming’

“The work needs to be individual first,” Applewhite told the NOW. “You have to self-reflect. You have to deal with and analyze and reflect upon your own bias, your own prejudice, and you have to do the work of recognizing your own privileges, whatever your privileges may be. That’s for everyone, white, black, brown, it doesn’t matter. We all have, especially educators, we have some privileges.”

But the exercise isn’t about “shaming and blaming,” she said.

Most of the district’s senior staff were grateful for the time and space to do the work, Applewhite said, and, for some, the exercise was “really eye-opening.”

While educators have been having discussions about equity for years, Applewhite said they haven’t always been challenged to look at their own personal biases.

“Most people in workplaces aren’t challenged to do so, hence why we have a systemic racism problem in all sorts of institutions,” she said.

Applewhite is hopeful things can change, however, and her new position – one of the first of its kind in B.C. – is a testament to that, she said.

“I’ve been telling people this day would come,” she said.

Similar positions started appearing in places like the Toronto school district about six years ago, according to Applewhite.

A bi-racial woman of Trinidadian and Scottish heritage, Applewhite said her work as an anti-racism educator evolved organically from her work in the classroom as an English teacher.

“When it came up in the classroom, which it does as an English teacher because we teach about prejudice; we teach about the historical contexts of racism for different novels, I noticed that the kids were thirsty for the conversation,” she said. “And I knew from staffroom talk and I knew from my teacher training that people were reluctant to have these conversations with students because they felt they weren’t expert enough. For some, they felt they didn’t know enough; for others they felt scared that it might go sideways really fast and they wouldn’t know how to handle that.”

In 2007, while working as the English department head at Moscrop Secondary, Applewhite created the first Black Student Committee at any public school in Western Canada.

A year later, she took six students to Chicago, Illinois to witness Barack Obama become the first Black President of the United States.

Coming back to the Burnaby school district – after some years in the Surrey and Coquitlam districts – is like coming home, according to Applewhite.

At the online school board meeting last month, she thanked trustees for “taking advantage of this moment in history to use (their) privilege to make a meaningful difference for Burnaby BIPOC children and their families.”

“Burnaby’s explicit commitment to fighting systemic racism, bias and discrimination while honouring the voices of BIPOC folks, students, families, staff and community groups, is not only inspiring, but also empowering,” she said.

Work to be done

Moving forward, Applewhite’s job will be to help lead the task of gathering feedback from BIPOC members of Burnaby’s school communities.

She will also continue to provide training, workshops and professional development sessions for staff and presentations to students.

Applewhite said the district is also looking at how she can contribute to the conversation around school liaison officers.

The program drew a flurry of criticism amid anti-police protests in the spring, and some, including 16-year-old Burnaby North Secondary student Haleluya Hailu, called for it to be disbanded.

“I’m a huge proponent of student voice and family voice,” Applwhite said, “so I will be reaching out to BIPOC youth and BIPOC families as well as community groups because, hopefully, together we’ll come up with solutions and suggestions for how to move forward to where all people at schools feel safe.”